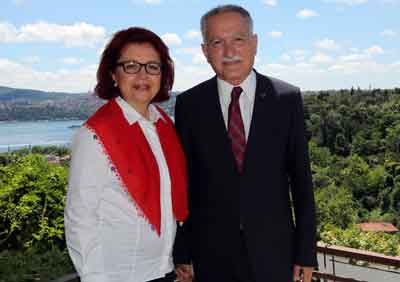 By Adam Virnelson and Stephanie Henkel

When Turkey’s two biggest opposition parties named Ekmeleddin Ihsanoglu as their joint candidate for the Aug. 10 presidential elections, eyebrows were raised. Ihsanoglu, whose name could hardly be pronounced, was a cipher to most Turks. All anyone seemed to know about the man was that he was a conservative, academic Muslim born abroad. He wasn’t active in the Turkish political arena and, until his nomination, was virtually unknown outside of Turkish academia.

Read the full story at Worldpress.org

Copyright © 2022 A Nation in Conflict.
/ ieiMedia. All Rights Reserved.