URBINO, Italy – On a sunny morning the playing field on the Fortessa  – fort  – overlooking this city is filled with Italian Scouts who, at first glance, mirror their U.S. counterparts. The members wear uniforms of shorts and shirts complete with kerchiefs and shoulder patches. Younger members are boisterous and energetic, while older leaders attempt to instill order. 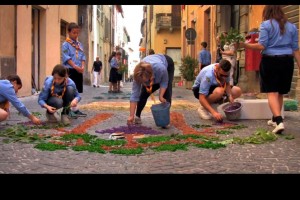 Scouts of all ages help with the elaborate ornamentation.

But a closer look shows some serious differences, the first of which is hard to miss: There are no “boy” or “girl” scouts, just Scouts of both genders. And as these boys and girls, men and women, finally gather to start the day’s activity – joining a procession honoring the city’s patron saint – the anticipation and excitement written on their faces would be unusual anywhere.

Scouting in Italy, explains leader Veronica Dadi, is “not just an activity, it’s a lifestyle”.

The scouting movement in Italy is, of course, similar to its American cousin in many ways.  Both are part of the World Organization of the Scout Movement, and share the same guiding principles of hard work, civic duty and personal responsibility.

But the differences are more numerous, and noticeable. 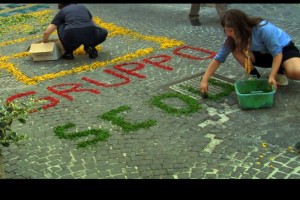 After a long morning of hard work, the scouts have almost completed the decoration of the streets.

Italian scouting combined genders over the past 10-15 years.

Young teenagers are really embarrassed by (other) boys and girls.

Dadi, 25, said that move has resulted in greater respect and understanding. “Young teenagers are really embarrassed by [other] boys and girls,” she said. “With doing things together and friendship, they really learn how to respect one another.”

Dadi said scouting’s goal in Italy is to help members become good people and “be useful to others.”

For example, the scouts in Cagli recently participated in colletta alimentare – collecting food and other items for the poor. Natalia Toccaceli Blasi, 23, a Cagli leader, said those types of experiences help scouts become more responsible, offering an education unattainable anywhere else. 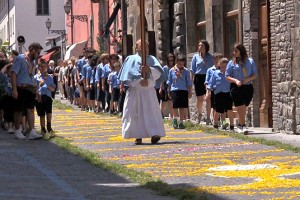 The scouts lead the local people and officials in the procession as they make their way around the town.

And because Italian scouts are more likely to continue with the movement later on in life, scouting here is often a family affair with children growing up to serve as age-group leaders after having children of their own.

The Lombardi family is one example.

But there is one aspect scouting life Italians in the movement share with their American cousins: They are the victims of certain clichés.  While Italian adults admire the maturity scouting encourages, members of the younger generation often see them as a too conformist. To them, scouting is seen as an uncool thing to do, especially when the person has no knowledge on the subject.

Dadi described how she and many of her scout mates were teased because they were scouts. She said the common thought among young people here is of a scout “being a loser.”

Judging by the excitement shown by the scouts of all ages on the Fortessa, that hasn’t diminished their passion for the scouting life. 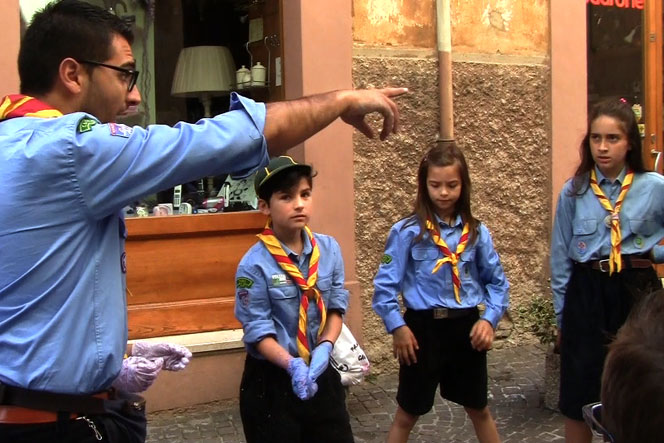 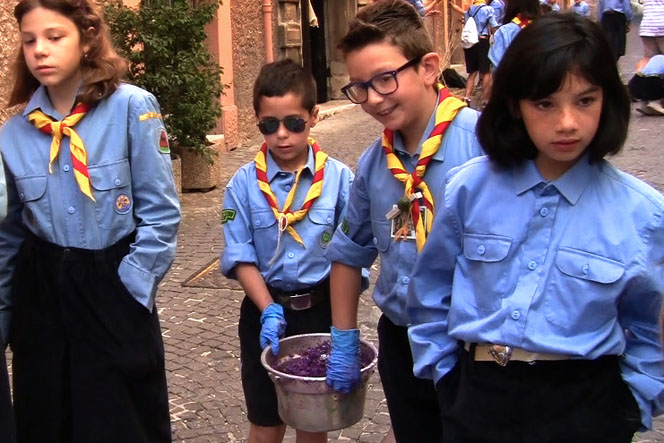 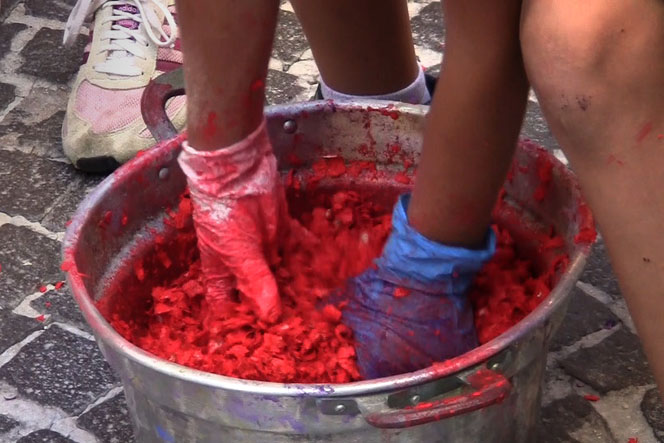 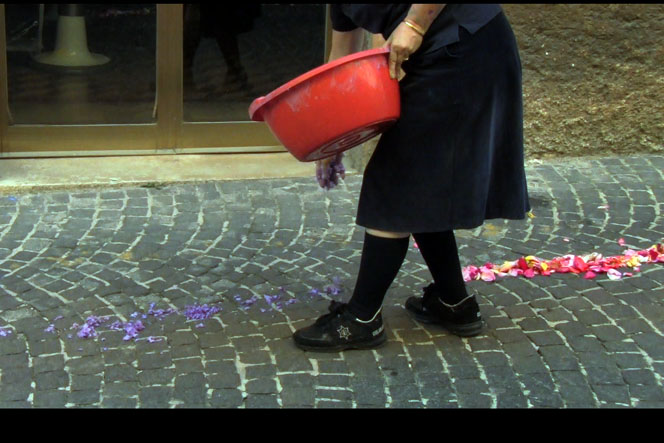 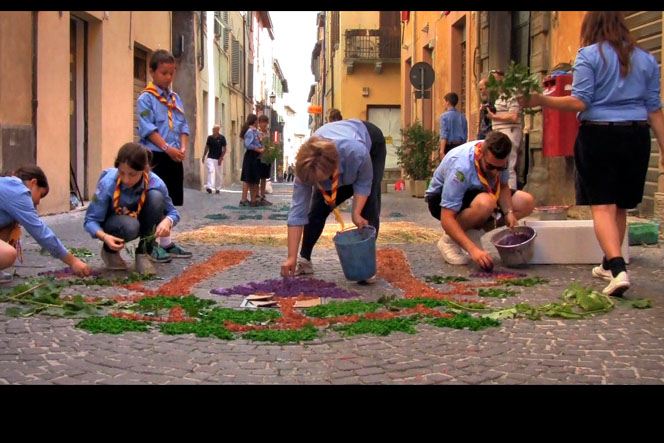 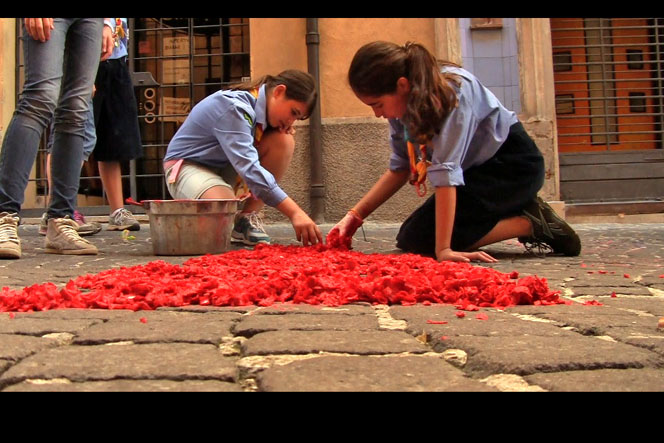 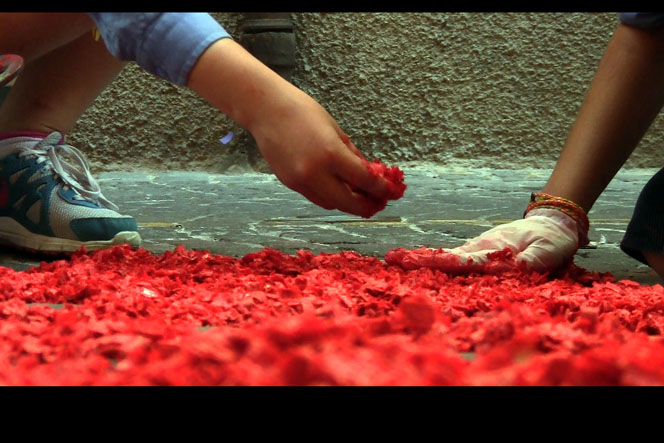 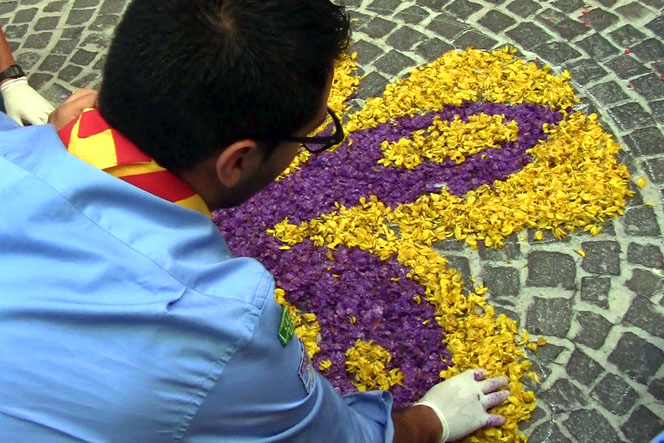 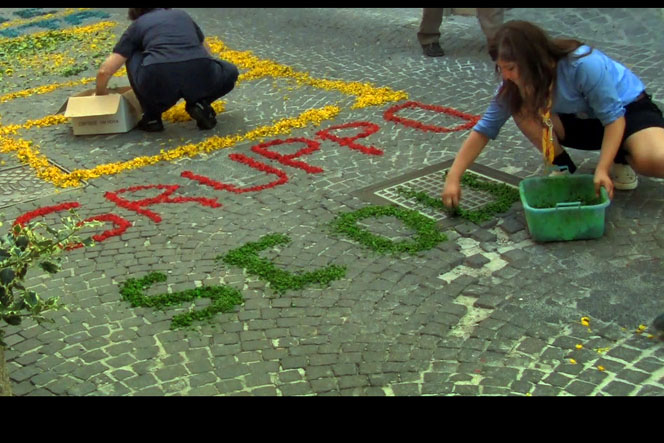 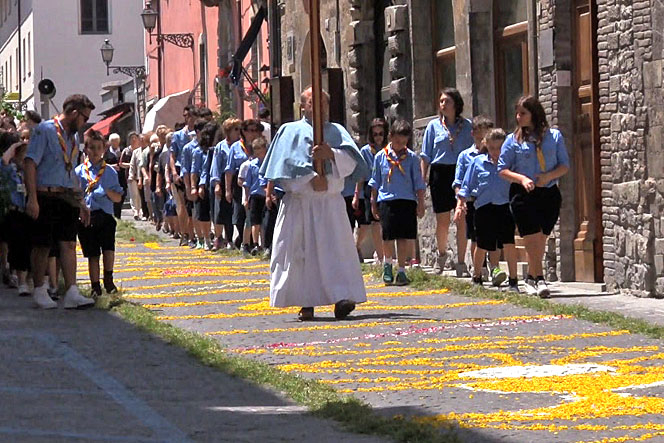