Battered by ISIS attacks, the Syrian city of Kobani, just south of the Turkish border, is struggling to provide essential medical care to its residents and defenders. The canton’s sole hospital, the Emel Hospital, has just one emergency room, two operating rooms and two anesthesiology machines.

Though the United States and other anti-ISIS forces don’t consider it particularly strategic, Kobani, a Kurdish farming town of 45,000 people, is symbolically central to Kurdish national aspirations. 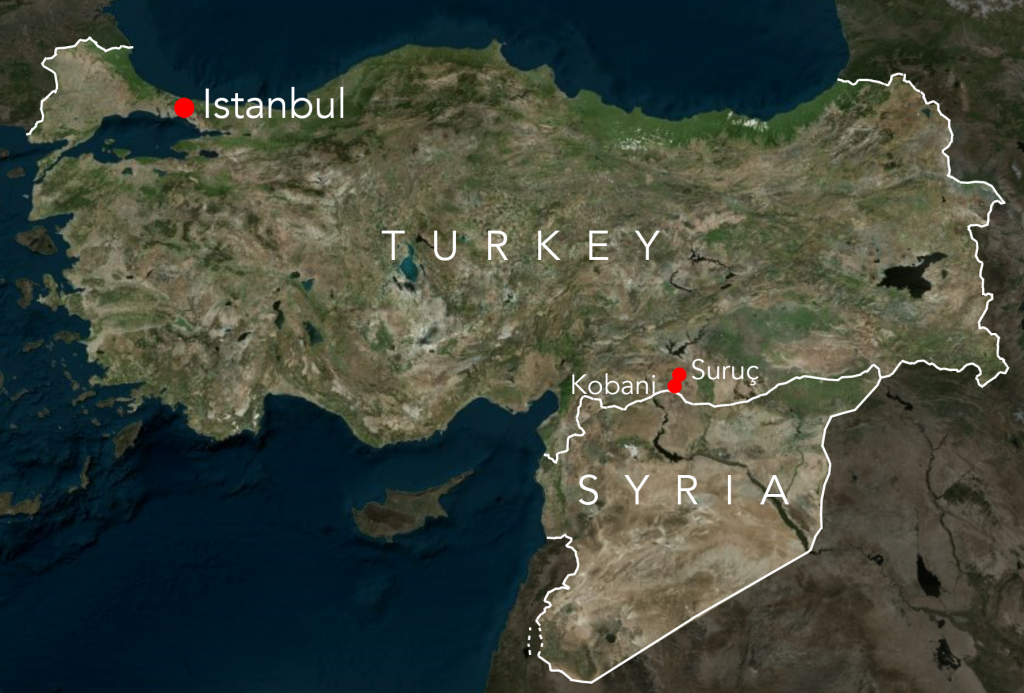 “We want orthopedists and neurologists from outside to help,” said Dr. Welat Omer, Kobani’s health minister. “Also, phlebotomists and plastic surgeons to help the fighters deformed by combat. Where two doctors were once enough, now we have to send at least four.”

Kobani lacks the provisions and staff to offer any treatment beyond first aid care, Omer said. The few physicians working to rebuild the city’s health care infrastructure struggle to provide advanced care, like intensive care unit services, to both civilians and the Kurdish fighters defending the city.

ISIS continues to target the Turkish-Syrian border region: its latest attack, on July 20, claimed 32 lives and injured 100 civilians in the Turkish border town of Suruç, about 10 miles north of Kobani. The attack seemed like a tipping point: The Turkish government retaliated by bombing ISIS positions in Syria for the first time, and agreed to allow the United States to use its bases to bomb ISIS positions in Syria.

Kobani’s core infrastructure is in shambles, and residents are forced to put up with shortages in electricity, water, sanitation and health care services. 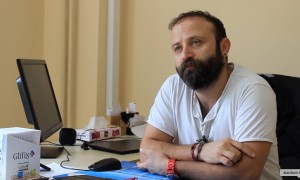 Dr. Sadık Çayan in his office at the Bakırköy Hospital for Mental and Neurological Diseases in Istanbul

Kobani’s dire situation struck a chord with health care professionals in Istanbul, more than 800 miles away. Physicians, nurses and other volunteers travel there either with formal aid groups, such as Doctors Without Borders, or independently, in groups of fellow professionals.

“It’s our responsibility as humans,” said Dr. Sadık Çayan, a physician at
Bakırköy Hospital for Mental and Neurological Diseases in Istanbul, who first went to Kobani in fall 2014. “It is an ethical responsibility.”

Çayan spent several months in Kobani evaluating the conditions of the medical camps. He found that a shortage of medical supplies and technology hampered physicians from treating patients in the most effective ways. Patients frequently battle immune system ailments, due to a lack of food and other supplies. Physicians cannot provide surgery for severe conditions like heart attacks. Hospitals and camps in Suruç only monitor patients’ vital signs, and wait for approval to transfer patients to larger hospitals in southern Turkey.

When I came back to Istanbul, I started to feel what war created. I could not adapt to normal life. – Istanbul physician Sadık Çayan

After treating the rapidly increasing number of patients, medical volunteers like Çayan are accustomed to the sight of “destroyed bodies” after the ISIS attacks, a situation he called “beyond comparison” to anything the physicians see in Istanbul.

“There is no time to feel emotions there,” said Çayan. “When I came back to Istanbul, I started to feel what war created. I could not adapt to normal life.”

Physicians affiliated with the Istanbul Medical Chamber have surveyed the medical camps to try to determine the most urgent needs. An associate of Çayan’s, and member of the survey team, reports that the poor conditions in the camps hinder doctors’ efforts.

“They come without injuries, and then are injured in the camps,” said Çayan’s colleague, a doctor who asked that her name be withheld. “Babies are healthy when they arrive, but not afterwards, because the camps get cold.”

She recalls that patients lacked enough water, clothes, and places to sleep. 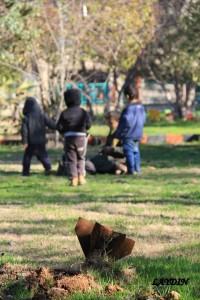 Undetonated explosives, like this one in a children’s park, litter Kobani. (Photo: Lokman Aydın)

“Organization for disasters is poor: 99% of patients say, ‘We don’t have toilets or water,’” this doctor said.

The volunteers work long hours, and, due to a lack of space, sleep on the hospital floors. The camps’ poor sanitary and living conditions also take a toll on the health care workers, who sometimes feel traumatized by their experiences.

“We went in knowing the conditions would be difficult,” said Çayan’s associate. “However, feelings bring you there. If you believe you can do something, you help.”

The Istanbul Medical Chamber supports the construction of a larger hospital in Kobani to strengthen the city’s health infrastructure. Organizers also work with pharmacies to get prescriptions for patients for free.

“We need to help Kobani stand up on its own,” Çayan’s associate said.  “We cannot continue poor organization for long.” 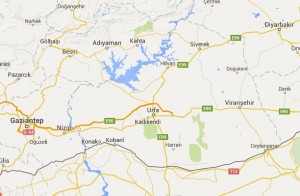 Patients are transported to the cities of Gaziantep, Şanılurfa, and Diyarbakir.

“Turkey does not allow everyone to come here. As a result, many die on the border,” said Dr. Ibrahim Mert, a founding member of the Mesopotamia Society and Health Association.

Mert and four other doctors established the society to organize access to health care for refugees from crisis-affected regions such as Kobani. Mert works from Istanbul to arrange patient transport to the Turkish cities of Gaziantep, Şanlıurfa, and Diyarbakir. He cites Turkish policies as primary barriers to helping Kobani’s patients.

“Everybody needs to help Kobani, especially those in Turkey,” he argued. “But Turkey does not let help reach there. For example, they want to tax medicine and supplies. Turkey is like a barrier to help.”

Monthly medical camp status reports show a constant increase in the number of patients and consequent shortage of doctors. Nor does Turkey always allow its medical personnel to enter Kobani.

“We need an open corridor so that people that want to support us can come,” Omer said. “Sometimes volunteers can enter and sometimes they cannot. There is no consistency.” 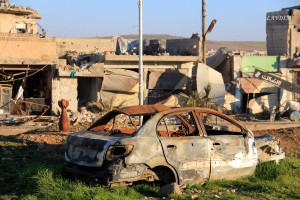 Turkish policies can threaten the health of displaced patients, added Omer. In one case, injured patients waiting for transfer to a larger hospital died at a border gate. And sometimes prescription medicine is held back.

“When [Turkish border officials] receive medicines, they keep it for two months,” Omer charged. “Some of them are expired when we get them.”

Those interviewed say more doctors are needed, and more helpers to help rebuild the devastated city.

Said Omer: “The only thing we can do is wait.” 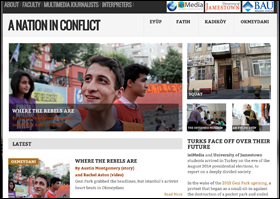 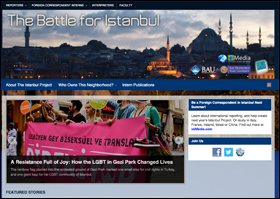 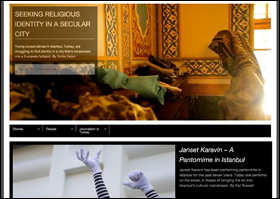