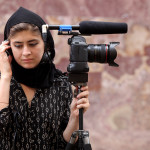 School: San Francisco State University
Hometown: Martinez, California
Takeaway: “Nothing is easy to understand.”
“Things are complicated. I’ve never appreciated that sentiment more than now, after a month’s immersion in Istanbul. There is a totally new range of stories and issues from a culture that is oriented entirely differently than the United States. My admiration for the city slowly crept up on me. Diligent restaurant waiters, Muslim women in burkas and three-inch heels, entire families out at 2 a.m., the Bosphorus, my neighbor who fed 20+ cats daily, 17-year-olds willing to egg the mayor in protest against gentrification and for some semblance of self-determination–all these things inspired me. I learned the most fr om the story aboutth muezzin. As a woman, I couldn’t film the most important b-roll for the piece. I was angry and upset, but I learned that, 1) these feelings have to be set aside–the story reigns supreme–and 2) as life goes on, I’ll only encounter more of this. I only regret that I couldn’t cover more, and that what I did cover wasn’t good enough.” 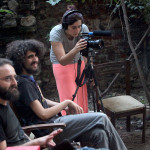 School: Milligan College
Hometown: Sidney, Illinois, and Adana, Turkey
Takeway: Memories will never be forgotten
“I grew up in America, as well as in southern Turkey. Coming here opened my eyes tremendously to how metropolitan Turkey has become. Istanbul has grown so much over the past 20 years. I will be taking away not only the knowledge I have gained, but also a great group of friends. It was a small group this year, and I am sothankful for them all. We all come from different walks of life, but have an idea in common – to get importance known.” 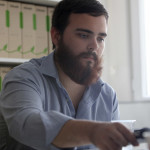 School: Columbia College Chicago
Hometown: Chicago, Illinois
Takeaway: Expect the unexpected in Istanbul  “After spending a month in such a vibrant city, The Istanbul Project allowed me to expand my international reporting skills exponentially. The ability to report with an interpreter transformed the production process from individual to collaborative, a needed aspect in today’s reporting climate. Through this unique process I was able to gain the needed perspective on what it means to practice journalism in a foreign country while working with talented students and professors.” 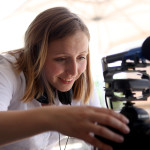 School: Carleton University
Hometown: Ottawa, Canada
Takeaway: Get out of your comfort zone
“It’s hard to summarize what I’m taking away from The Istanbul Project, given that it is such an expansive and all-encompassing experience. The chance to immerse myself in a culture that is so different from what I’m used to was invaluable – that alone would be worth the trip. However, the professors and students make it much more than that. I learned so much more than I thought possible in a month, and had the time of my life doing it.” 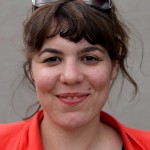 School: New York University (Reporting the Nation), M.A. expected in 2015
Hometown: Paris, France
Takeaway: This experience confirmed my goal of becoming a foreign correspondent.
The IEi Media program provides an incredible opportunity to young journalists such as myself to work as a foreign correspondent in distant part of the world. This learning experience offered me fundamental changes in my career perspectives and confirmed to me my goal to become of foreign correspondent. Travelling to the region and developing friendships with turkish residents and journalists has forced me to leave my comfort zone and allowed me to discover the rich turkish culture and language, challenging my own views and stereotypes. Meeting and spending time with Syrian displaced persons in Akasaray or in Geniş yokuş, a poverty-stricken neighborhood of Taksim, Istanbul was with no doubt my most rewarding experience. The Iei Media program allowed me write several multimedia pieces on women issues in Turkey, which receive little attention in the U.S and European media. Not only, the program gave me credibility with readers and encouraged me to pursue penning articles about the struggles of people in distant parts of the world but I know that I would not have been able to accomplish this experience without their constant support. 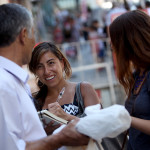 School: California State University, Northridge, M.A. expected in 2015
Hometown: Tampa, Florida
Takeaway: This experience has opened my mind and expanded my world.
“This past month in Istanbul has truly been life-changing. The program has provided me with a glimpse into the life of a foreign correspondent, while introducing me to one of the most beautiful cities in the world. It was inspiring to work with others–fellow students and faculty–who were so passionate about journalism, foreign affairs, and making the world a better place. I was surprised by how much I learned and transformed in such a short period of time, and am more excited than ever about my chosen career path. During this trip, my most important learning experience would have to be investigating and writing my first article [profiling opposition presidential candidate Ekmeleddin Ihsanoglu, for Worldpress]. It helped me better understand the journalistic processes related to reporting from abroad, and how exciting and rewarding foreign reporting can be.” 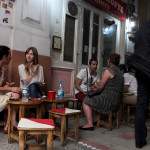 School: Mills College, B.A. 2014
Hometown: Chico, California
Takeaway: My love and drive for journalism has grown exponentially from my experience in Istanbul, where I did more than I ever thought I could.
Istanbul is beautiful, stimulating and welcoming. From it, I’m taking sunlight and the seaside, bottomless cups of tea, sunsets, and ferry commutes. But more importantly, I’m taking a newfound sense of patience, presence and drive for journalism. To be reporter in Istanbul is to drop into the middle of the action, and to feel like you were never anywhere else. Journalism is alive here, and people put trust in writers to tell their stories. This is what surprised me the most — the complete openness and welcoming that I experienced with every person I sat down to have a conversation with, even when we couldn’t speak the same language. This confidence and conviction has inspired me to keep going, to keep writing and telling the stories that need to be told. I wouldn’t trade my Istanbul experience for anything. From the call to prayer resounding from a mosque lit up in front of a full moon to a long discussion about environmental issues in a small alleyway cafe, Istanbul will be with me for a lifetime.” 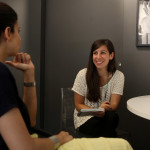 School: London School of Economics, MSc 2010
Hometown: Toronto, Canada
Takeaway: Being crammed onto a bus from Karaköy to Beşiktaş after a full day of reporting, the view of the Bosphorus and Dolmabahçe Palace taking my mind off the heat
“I’ve been to Istanbul before but feel like on that visit, staying in Sultanahmet, I barely scratched the city’s surface. I loved getting to know a couple of different neighborhoods really well – the bustling and loud Beşiktaş, and the quietly trendy streets and cafes of Karaköy. I feel privileged to have met many Istanbullus of different stripes, all similar in their warmth and generosity (and similar to my Greek relatives – always wanting to feed me). I’ll take away a better understanding of the political situation here and will keep an eye towards the Aug 10 presidential elections. I’ve also been inspired by the many women who, in their own ways and through their own crafts, are raising awareness and pushing for a better way of life for all women in Turkey.” 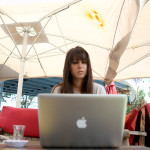 School: Santa Clara University, B.A. 2014
Hometown: Los Angeles, California
Takeaway: We don’t always see the good a country has to offer when featured in the news–often fueling fear and apprehension toward people who appear different from us. In actuality, every human around the world has the same underlying concerns: security, food, water, family and happiness.
“Overall, this program has reignited and reinforced my interest in foreign journalism. I’ve had bouts of uncertainty about the profession, given its rapid transformation in the last decade or so, but my experience in Istanbul has completely shown me that this is exactly what I want to be doing with my life. It has been wonderful studying with such accomplished advisors in the field, and I’ve received invaluable advice. Though, what has really solidified my career choice has been from my fellow students in the program. I am so inspired by everyone’s passion for reporting, and it helped me realize that there really is a great future for journalism. The fact that I was able to report from one of the most beautiful and complex cities in the world didn’t hurt either. Istanbul is such a hotbed for interesting stories that there was never a shortage of material. Turkish people are also very hospitable and accommodating to even the most confused foreigner. I’m going to take away so much from these very short four weeks, using this experience as an impetus for my foreign reporting career.” 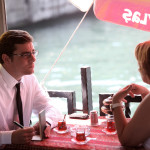