Tito Micheli, 67, smiles quietly as he listens to his daughter excitedly describe her childhood memories of his employer, the Benelli shotgun factory. He reclines easily in his chair, dressed in a sharp navy-blue blazer and gray dress pants. Silvia Micheli, 38, recalls hearing nonstop about Benelli from her father as she grew up.

“He told me all of the time that it was a big family,” she says, describing the environment that her father worked in. “All of my life is in touch with Benelli, even if I wasn’t in Benelli. All the time, I listen to the way that he enjoyed his work. Benelli, for the people who started to work here when it was born, is family.”

Tito began working for Benelli in December of 1968, soon after the factory opened for business in 1967. There were fewer than 10 people working in the Urbino factory at the time. He watched the company’s products grow from a single gun prototype to the many models that the company offers today. In 2004, Silvia followed in her father’s footsteps and began working at Benelli. 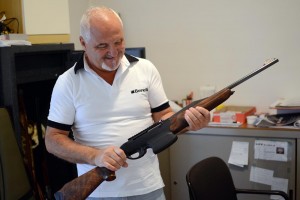 Tito Micheli’s favorite Benelli shotgun is one that he made by putting the pieces of several guns together to create the perfect hybrid. The factory decided to produce this gun after he created it.

It is not unusual for families to work together in Italy. From tiny local bakeries to the automaker Fiat, 83 percent of small- to medium-sized Italian companies are family-owned, according to a 2008 estimate. Benelli puts a modern twist to this tradition: Drawn by their family’s love of the company, children sometimes follow their relatives into jobs at the shotgun factory. According to Lorenzo Caldari, head of human resources at Benelli, 14 percent of the factory’s 270 employees have followed their mothers or fathers into positions at the company.

Tito Micheli began working at the Benelli factory after serving in the Italian military. There were no departments at Benelli at the time, just a handful of employees who worked together and solved problems as their expertise grew. Tito soon noticed that the environment in the factory and his relationships with the other employees were crucial to his experience. He noticed that the company paid a lot of attention to people and that there was a lot of respect for the employees.

Because Tito was a part of the factory’s birth, he often worked strange hours. But, “when you enjoy it, it doesn’t feel like work,” he says. “You are here in holiday, not for work, because you enjoy the time that you spend with the people.”

As a child, Silvia treasured the time that she spent with her father. Her weekdays were occupied in her mother’s shop, who is a hairdresser. On the weekends, she tagged along with her father. At the age of seven, her father gave her a Benelli shotgun to call her own.

“When I was younger, my mind reminded me a lot of that,” Silvia says. “I usually did not spend a lot of time with my father, because he had to work…he was a good shooter. The first advertisement with Benelli was with him, because he can shoot five shots in one second. So, he started to shoot during the Saturdays and I spent the time in the shooting range with him. So my reminder of him is with the guns, with Benelli, and with shooting.”

Founded by six brothers, the Benelli factory began as a small family business. Over the years, it has kept its family feel. It is a place where employees are at home and the relationships they make last a lifetime. And where an appreciation of those values is sometimes passed from one generation to the next, like a family tradition.

Silvia remembers her father having only good things to say about the Benelli factory. “The situation was great,” she says. “He told me that there aren’t a lot of companies like that, where it is like a family.”

In 2004, her own journey with Benelli began. At 28, she became an intern; six months later, she was hired and has worked there ever since in the marketing and communications department.

The Micheli father and daughter both worked at the factory for nine years before Tito retired in 2013. Because they worked in different departments, they didn’t see each other often during the workday. But at the end of the day, after going home, their conversation was filled with Benelli and the people with whom they worked.

“I think the most important thing is to spend time in the office in a good way,” Silvia says, describing her friendship with a co-worker. “Our relationship is good,” Silvia explains. “I think it is one of the most important things, because we’ve spent four years together like this and we speak all of the time and then during the weekend, we see each other. I would like all the people who work to have this experience like me. I have seen other offices, and they are not all this way.”

The Grimani family has had a similar experience with Benelli over the years. In 1994, Fortunato Grimani and his daughter, Assunta, left their home in Foggia and headed to Urbino, 270 miles away, to find employment.

Fortunato heard about Benelli from his brother-in-law who worked there at the time. When Fortunato first started working at Benelli, he put guns together piece by piece. Then he became a guard for the shipping department. When his brother-in-law left the company, Fortunato took his position as a transportation coordinator. Assunta, meanwhile, went to middle school, high school, and college in Urbino where she studied languages. She knew of Benelli from her father and uncle. 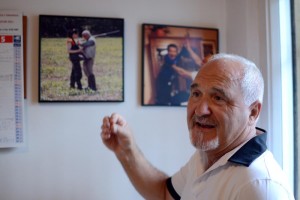 The walls of Tito Micheli’s home office are covered in pictures of his family, including this one of him with his daughter, Silvia, on a hunting trip.

Assunta now works in the export department. “I finished university and could not find a job,” she says, “and four years ago I started working here at Benelli, thanks to my father and uncle.” Fortunato says, “It is very nice to work with my daughter. It is easy if I have a problem because I can just go to her and ask her a question. There is a lot of coordination between the two departments.” Assunta says she and her father have a very good relationship at home, which helps in the office.

The Grimani family agrees with the Micheli family that working at Benelli is like working with relatives. “I really enjoy working here because it is like a big family,” Fortunato says. “The relationship between the boss and other people in higher positions is not formal or stressful. You don’t have to jump through hoops to try and have a conversation with one of them.”

Assunta has noticed a link between the environment that they work in and the effort that employees are willing to give. “If you really want to work,” she says, “you are going to have a good relationship with everyone. Generally, everyone here wants to work and so everything works well.”

Because he often travels for Benelli, Fortunato has seen how other companies work. “I saw that this place is an exception. In other companies, there is a lot of distance between people in high positions and the other workers. This is why I am still working here. I like it here,” says Fortunato. 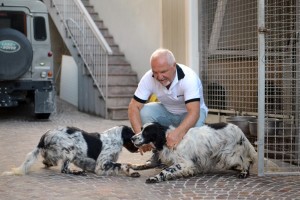 These English setters accompany Tito Micheli on hunting trips around the world.

When Fortunato first began working at Benelli in 1994, he said that it was difficult to adjust to a new town and new work environment, but once he spent more time with the company, it got easier. “It was because of the good environment,” he says. “When you are in a healthy environment, you come in the morning and you don’t feel stressed, so you want to keep working and you’re okay with working.”

Fortunato says that he really enjoys working with Benelli and chuckles as he adds, “even if I’m not a hunter.”

Statistics say the same about the company. Marco Vignaroli, technical director at Benelli, explains that the company has a “very, very low turnover.” “This is a good indicator of the level of happiness in the company,” says Vignaroli. He says that the employees typically don’t leave the company except for personal reasons. “We try to give people the best place to work, and they recognize that,” he says. “It is a good environment that is safe and clean that gives good attention to the people. This is reinforced for children whose parents work here. They see it demonstrated and they already know it before they work here.”

Vignaroli explains, however, that simply having a family member who works at Benelli is not enough to land a job with the company. “We have positions we need to fill and if someone’s competencies, skills, and degrees match our needs and their family has been a part of this company for 40 years, then they have an advantage,” he says.

The atmosphere at the Benelli factory is comfortable and relaxed. “Ciao!” rings from the open doorways as people pass by, greeting friends warmly. Business combines with friendship both in the offices and on the factory floor. The halls have the air of a bustling Italian alley where women call to neighbors while hanging laundry out the windows.

The homey atmosphere is no surprise: Founded by six brothers, the Benelli factory began as a small family business. Over the years, it has kept its family feel. It is a place where employees are at home and the relationships they make last a lifetime. And where an appreciation of those values is sometimes passed from one generation to the next, like a family tradition.

As Silvia Micheli says, “My father transmitted his love for the company to me.” 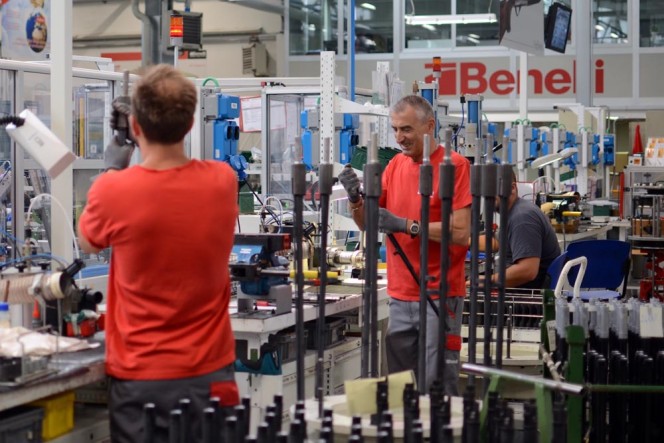 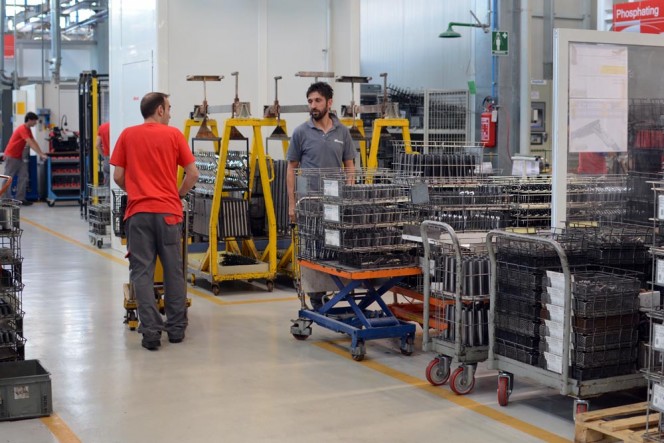 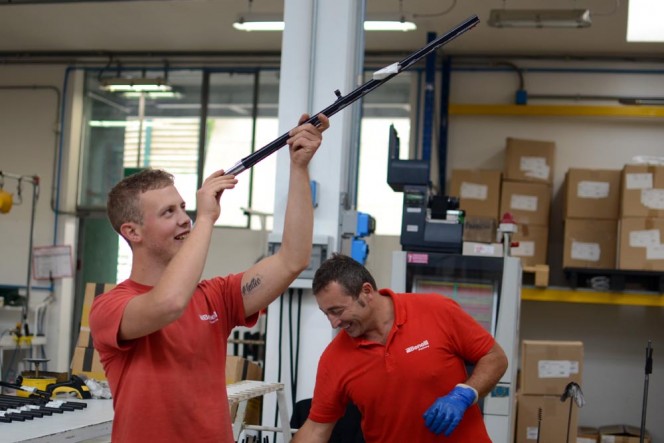 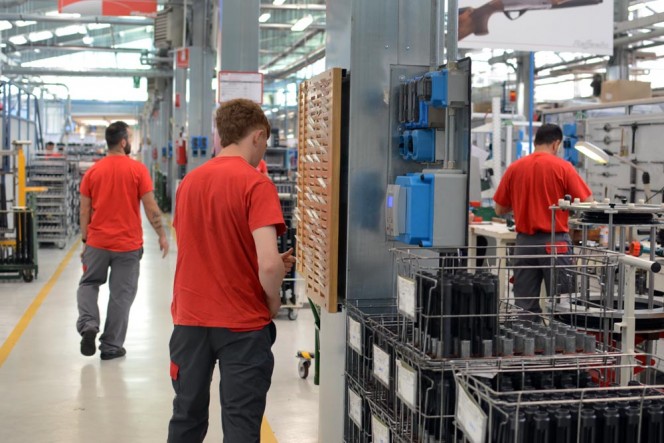 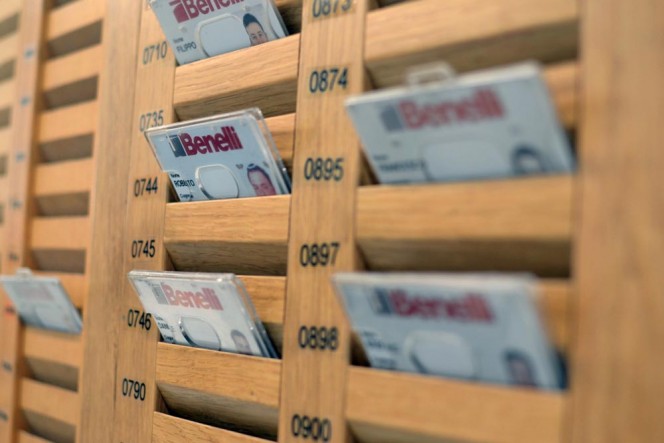 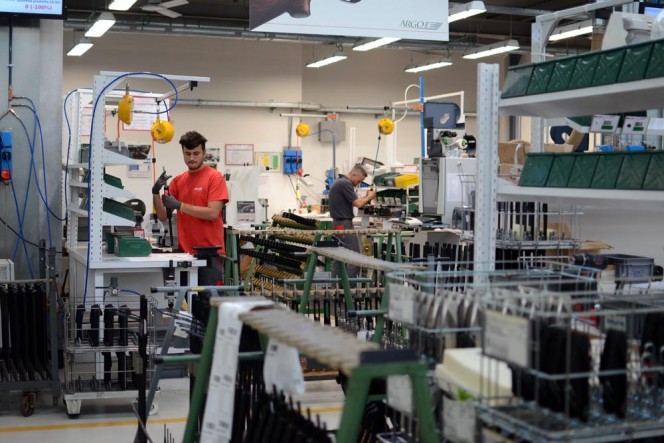 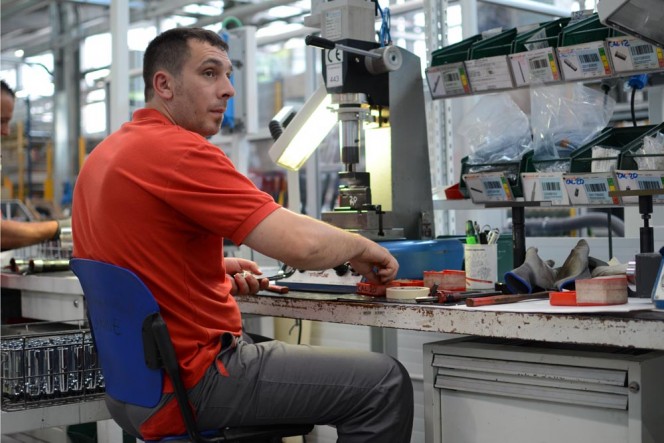 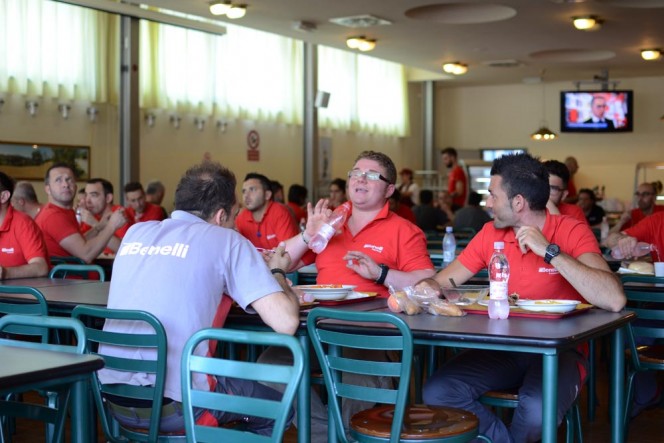 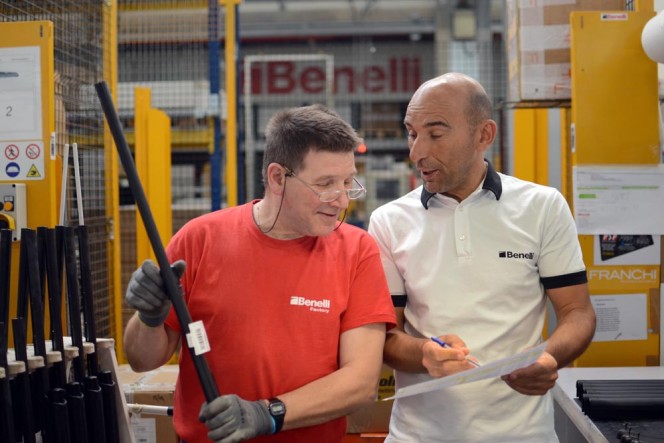 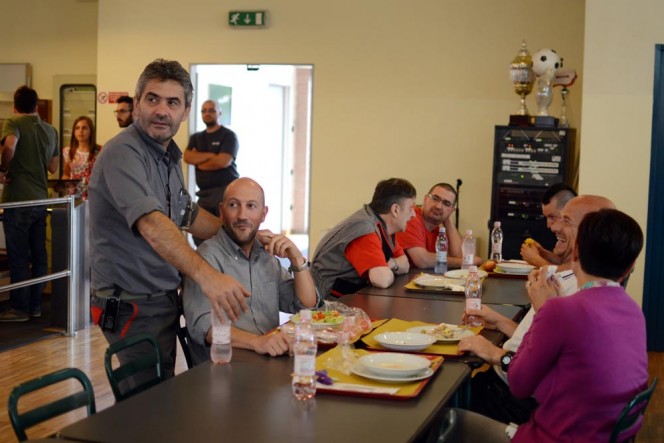 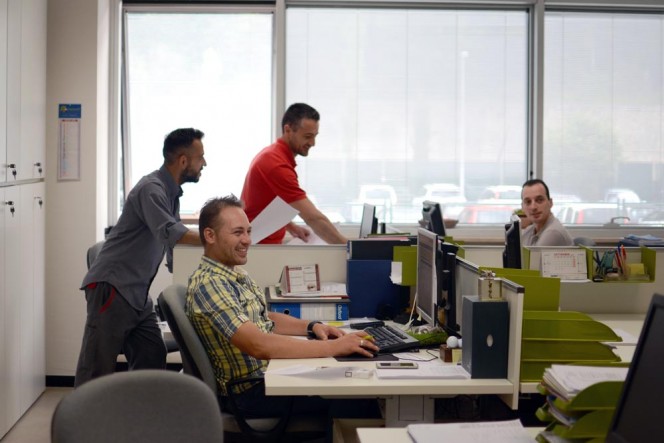 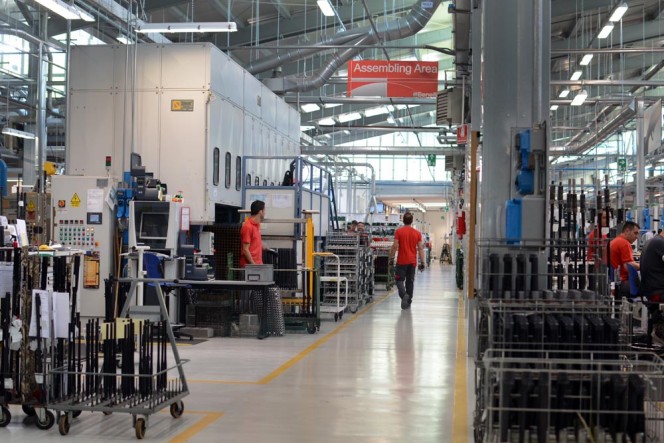