URBINO, Italy - Traffic cop Roberto Rossi had ducked into one of the tunnels beneath the Ducal Palace to cool off away from public view when he made a frightening discovery: the lifeless body of a young woman, lips and ears covered in wax.

While tourists and students strolled the quiet cobblestone streets of this famous Renaissance city, murder was taking place bellow their feet.

At least that’s what German TV viewers will soon discover in the new TV series Der Poliziotto set in this historic city. 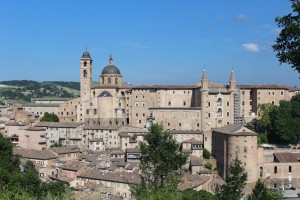 The renaissance architecture that makes up Urbino

Germans, it turns out, not only crave crime mysteries, but also love Italy.

Producer Dietrich Duppel said the beauty and mystery of historic Italian towns causes Germans to see Italy as “the land where living is easy.”

Urbino filled that love perfectly for the author of the novels the TV show is based on, as well as the production team.

“It’s very often I walk here and I think this is not real [it is like] this is built for us,” said director of photography Marcus Stotz.

Urbino is a fourteenth century city of Renaissance architecture preserved within tall brick walls. Tucked away in the foothills of the Apennines Mountains the city’s tall buildings of tan brick overlook cobblestone streets creating scenes that have changed little for 800 years. The Le Marche sunlight often casts a golden glow on the buildings, leading to Stotz’ feeling of living on a movie set.

Author Uli T. Swidler can’t deny his love of the region – he lives part of the year in the hills just outside town. And the idea for setting Der Poliziotto in Urbino came from a proposal from his agent who knew about his love.

Four years later Roberto Rossi has come to life in a production by Studio Hamburg, Germany’s leading production company. Swidler describes Urbino as a “mystical place” with people who “feel like big city inhabitants” even though they live in a small city. After reading his novel Loretta Piacesi, a German teacher at Liceo Linguistico Raffaello in Urbino, said that his rich descriptions of the city’s buildings and surrounding landscape allow the reader to see his love for Urbino.

Swidler’s comedy-drama following the bumbling Rossi trying to solve the murder has been transformed from a funny story driven by the characters he created to the television drama, Der Poliziotto, edited to be popular with German audiences.

Swidler’s story tells the tale of Rossi, a superstitious traffic cop described as nice, but a bit lazy. With the regular homicide detectives unavailable, Rossi is given the job of finding the girl, Carmela Tozzi’s, murderer. While trying to solve the crime Rossi discovers that a German neighbor, Thilo Gruber, was a detective, leading to a partnership in the investigation. With the help of other people in Urbino, including Rossi’s best friend Malpomena, an anatomy student who has broken away from her family’s traditions, Rossi is able to uncover the mystery he stumbled upon beneath the city’s streets. 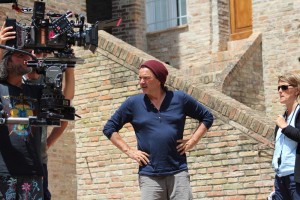 While producer Dietrich Duppel concedes many changes have been made to adapt the story for TV, one very important element has stayed the same: Urbino.

The production team could have chosen other towns in Italy but they decided to shoot the first two pilot episodes of the series here. In addition to Urbino being a great location visually Duppel said the crew has been able to shoot in every corner of the city. Sometimes they have to hide advertising or block off sections of the street for filming but the residents of Urbino have been very helpful and welcoming of the cast and crew, he said.

The actors share the enthusiasm for Urbino as the perfect location for shooting Der Poliziotto. Katharina Wackernagel, playing Malpomena, described filming as “shooting in another world”, as if they are in a studio because anything they need is so close and “everything is so special that it seems not to be real”.

Everything is so special that it seems not to be real.

One-day Swiss actor Leonardo Nigro walked around the piazza Raffaello as the kindhearted Roberto Rossi greeting fellow residents and speaking to children. He shook hands with the retired men who sit together each day people watching and directed traffic, waving people by as not to be hit by utility vehicles and was chased by young children who saw Nigro as a real officer, as Roberto Rossi.

It was hard to tell where the real Urbino ended and the movie town began. 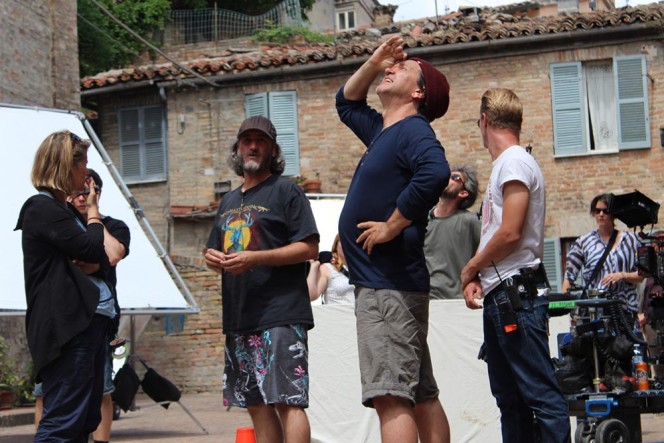 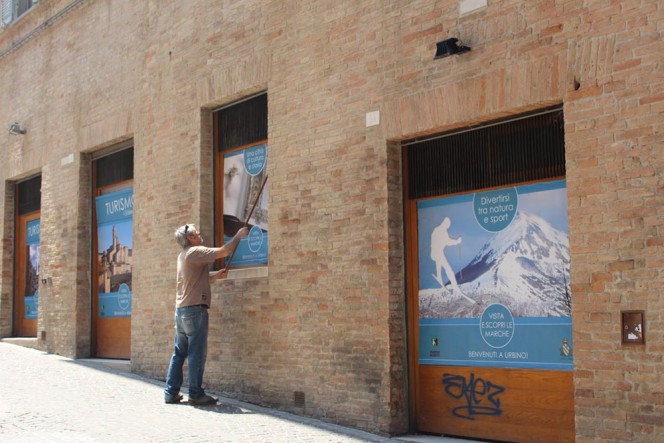 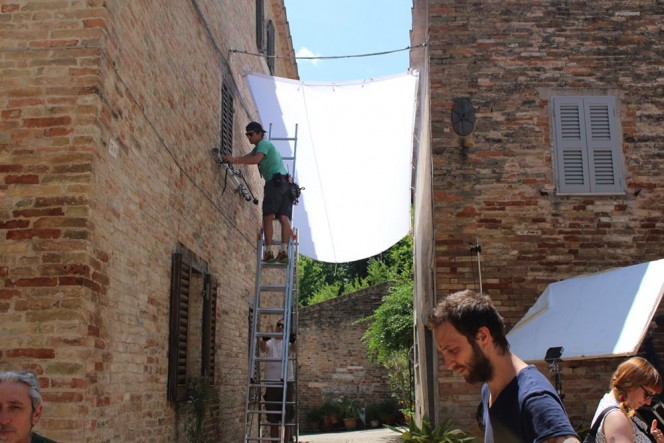 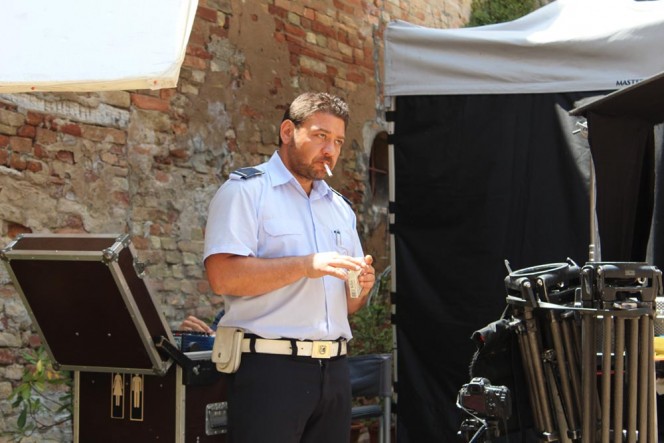 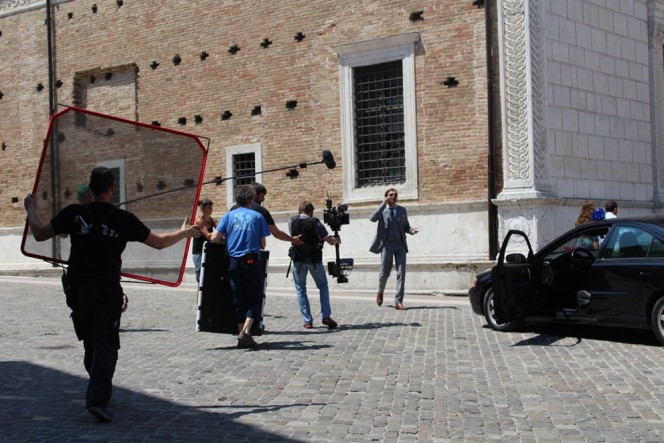 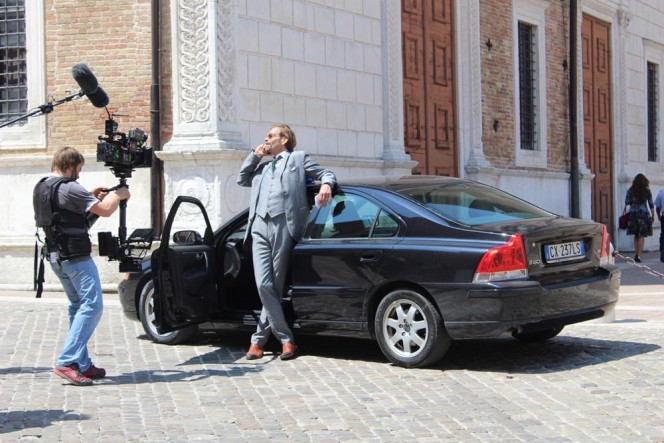 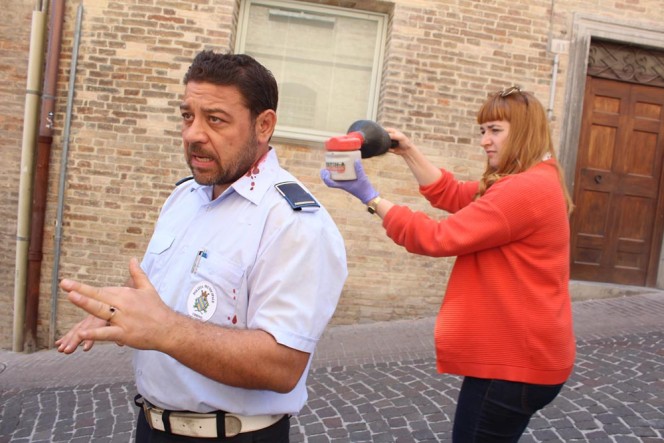 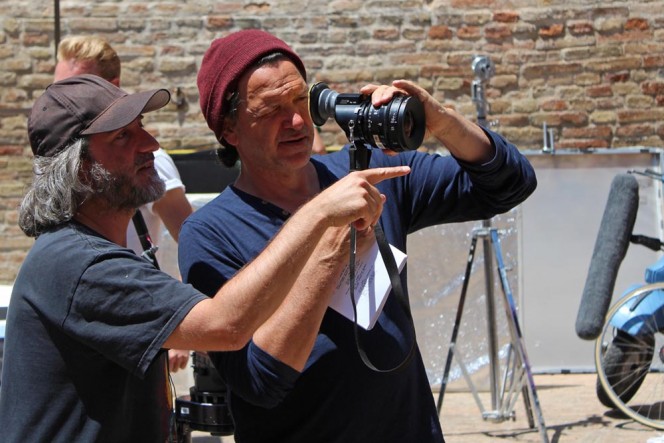 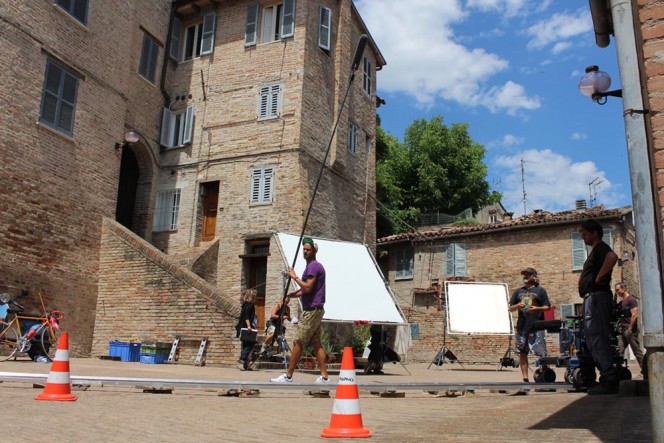 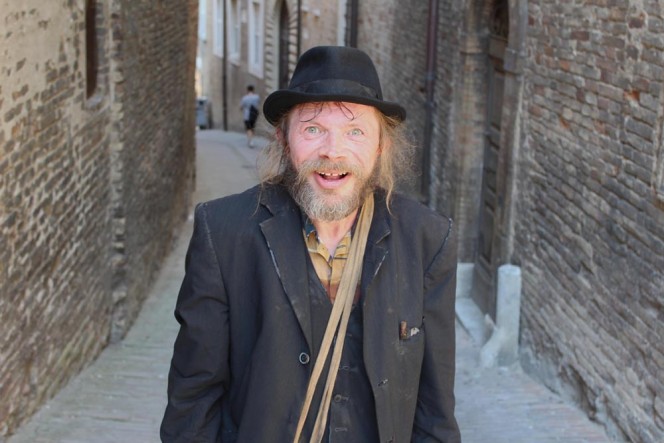