URBINO, Italy - Hanging above the main steps of the Piazza della Repubblica, a bright electronic sign shows a bottle with a red circle and slash through it followed by this warning to the nighttime crowd:

The message to all Italians is clear: Drinking alcoholic beverages on public streets is prohibited – the result of a law passed last October.

Yet directly below the sign Stefano Marchi, 22, and his friends are sipping from beer bottles.

“The square is a meeting point for students and now we can’t stay,” says Marchi, a cigarette in one hand and a lighter in the other. 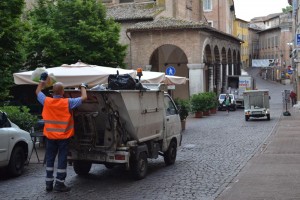 Workers of Marche Multiservizi clean the streets of Urbino by disposing filled trash bins before the town awakens.

After decades of casual drinking and socializing in the square, students have lost their favorite place to unwind due to the new drinking law. Yet less than a year later town officials have come to agree with the students – they need a place to call their own, and a search has begun.

“The main problem is that I know this city is not well equipped for huge groups,” said Mayor Maurizio Gambini, who has promised to find the students a new location.

The change in the nightlife scene since the new law went into effect has been dramatic.

Thursday nights in the main square had been the place to be for students at the University of Urbino. They would purchase beer and wine from the nearby supermarket then drink and socialize until the early hours of Friday. But when they staggered home their feet shuffled through piles of garbage the city would have to clean up.

That left the historic square surrounded by Renaissance structures in no condition to receive the next day’s tourists. Broken glass covered the ground, beer cans floated in the central fountain, litter lined the street corners and the odor of urine drifted over the cobblestone streets.

Last fall residents of the town had enough, some even threatening to “abandon the town” if the newly elected Gambini didn’t solve the problem.

The law forbids holding or carrying alcohol on public property from 8:30 p.m. to 7:30 a.m. However, drinks can be within three meters of any licensed bar. Violators face a €100 fine, but city officials said only 30 tickets have been issued.

Gambini says one of the factors in his decision to meet that demand was a concern about students’ safety.

had a meeting with a doctor who saw many people who were on the verge of collapsing after excessive drinking. Some years ago a man died because someone killed him with a broken bottle and it was awful.

“I had a meeting with a doctor who saw many people who were on the verge of collapsing after excessive drinking,” he says.

“Some years ago a man died because someone killed him with a broken bottle and it was awful.”

Since the mayor’s decision, residents are generally happy with the impacts of the law.

Marchi and Ilaria Celentano, 22, see many visual improvements to the cleanliness of the town but they believe the law must level with the students until a new social space is approved.

They look at one another as they sit in the square and agree that putting a few garbage bins in the piazza doesn’t hurt but it won’t look too great. They have yet to set their heart on a fair idea but all they want is a balance, almost a friendly comprise with the law. 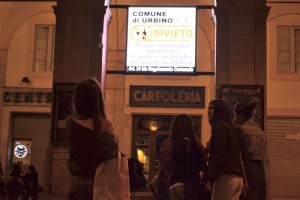 While most university students are home for the weekend, younger students spend their night in the piazza taking a moment to read the alcohol sign.

Resident Andrea Kleinpoppoen, 27, a friend of Marchi says the students may not support the law but he is relieved that the law has come into practice now that he is a father. As Kleinpoppoen sits at a local restaurant with Marchi and friends in the piazza, he looks around nodding his head and says, “the town is cleaner but this space was number one for the students.”

Yet others are sensitive to the students’ complaints.

Pietro Dachille, 49, owner of the restaurant Deliziose Follie says while the litter and rowdiness associated with the public drinking had gotten out of hand, he has also noticed his business has suffered from the ban.

“Too much freedom is bad because people have showed that they can’t behave well when they have no rules to regulate their behavior,” says Dachille. “But strict rules are also bad because you can’t do anything with them,” he adds.

And some students are not happy.

Celentano says Urbino was once a happening place for students in and out of the town. “Other students and people our age heard about Thursday’s meeting spot. Students and headlines of papers said Urbino was a relevant place to meet, so people from Chisena, Pesaro and closer towns would come, make a mess and entertained themselves because they heard it was a good time.”

Now, students like Marchi and Celentano, say the law is also an economic hardship on their social life because a bottle of beer at the supermarket sells for as little as € 0.99 compared to €3 at most bars.

Celentano says most students would spend four nights in the piazza to spend time with friends, but now many students prefer to stay in the town twice a week because they don’t want to spend money.

But the mayor says students won’t suffer much longer.

He is working with students and the university on the challenge and the town is open to suggestions.

One possibility is ‘La Data’ – an open space that overlooks the Piazza del Mercatale just outside the city’s historic wall where students can relax and spend time with friends.

While no official decisions have been made, it seems the students’ voices have been heard. They may never regain Piazza della Repubblica as party central but they will have a place eventually. 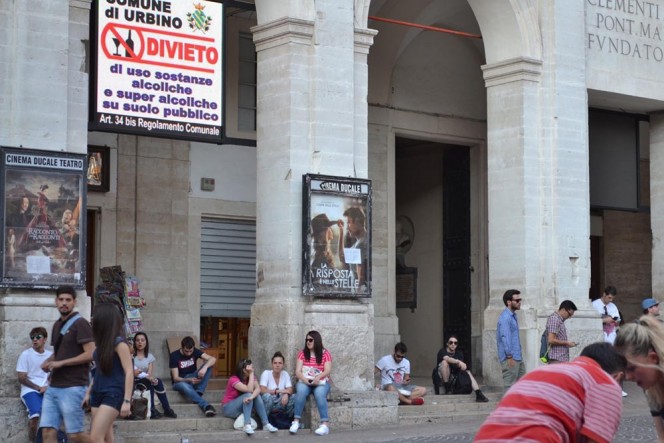 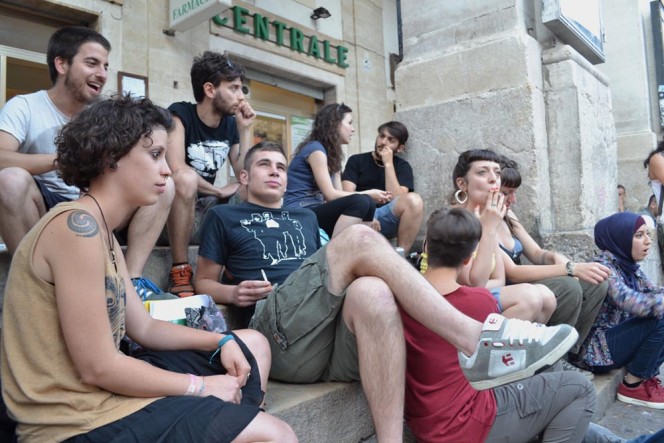 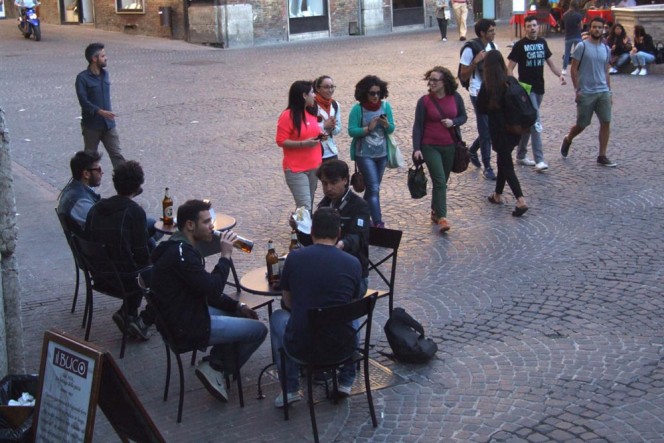 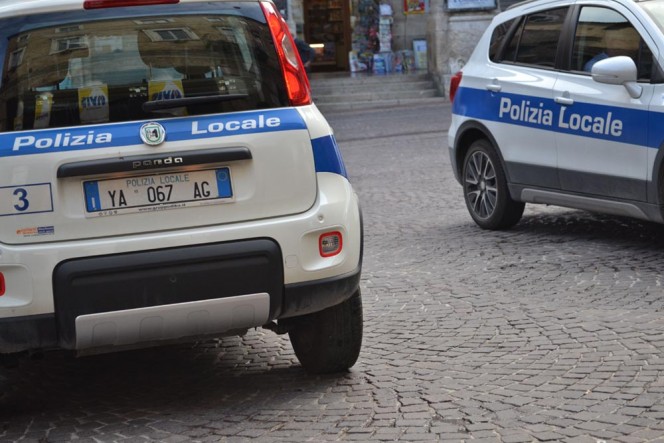 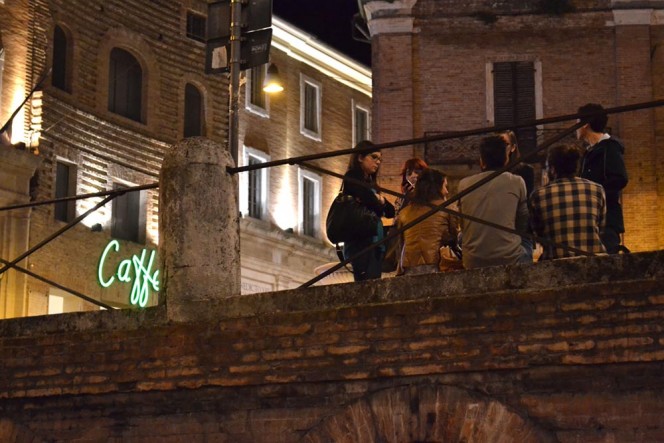 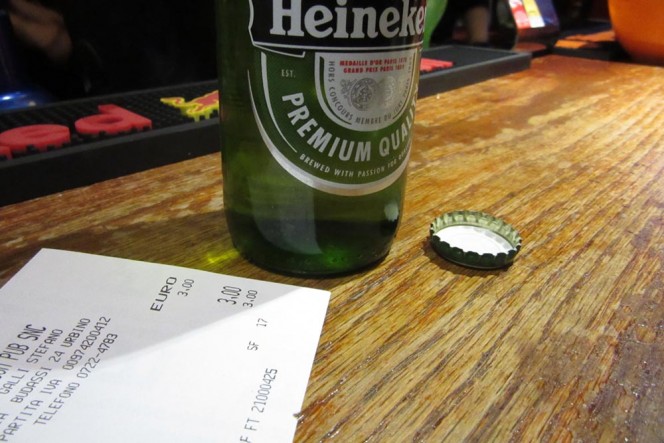 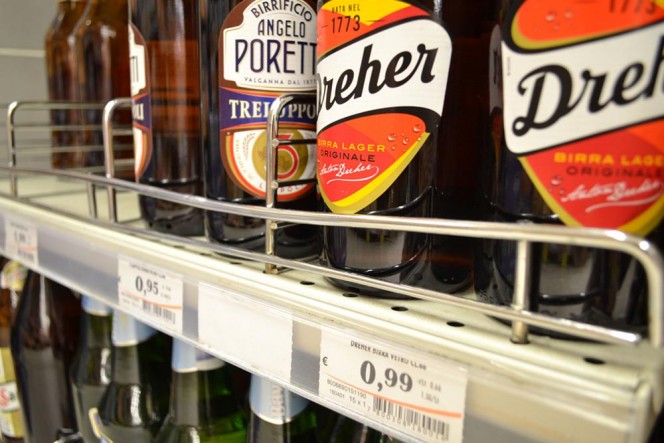 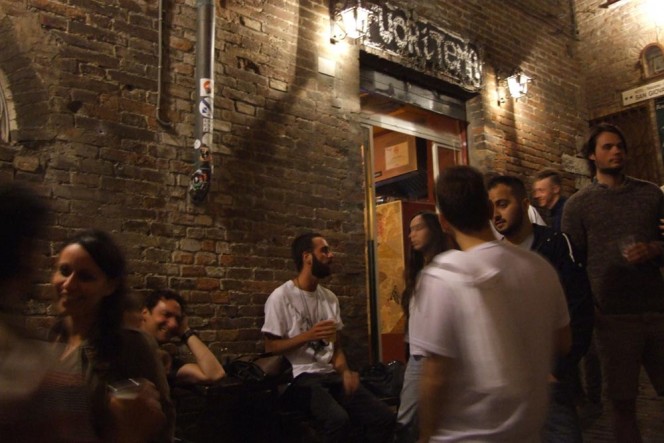 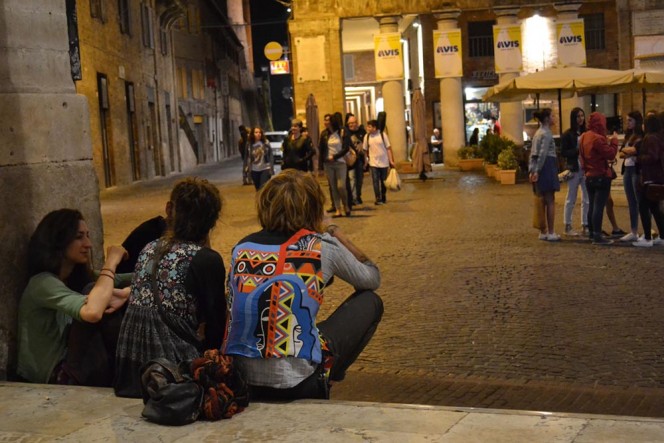 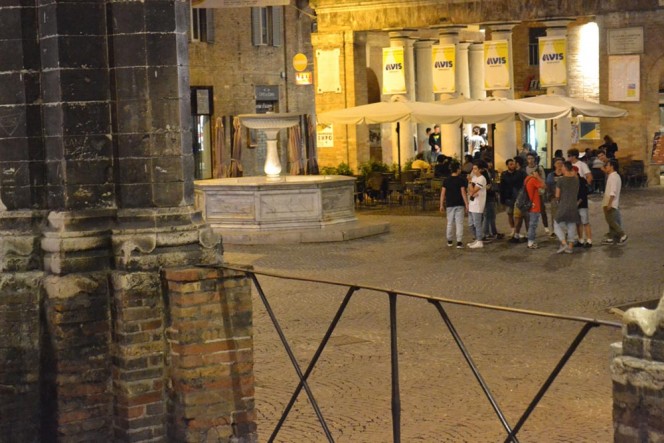 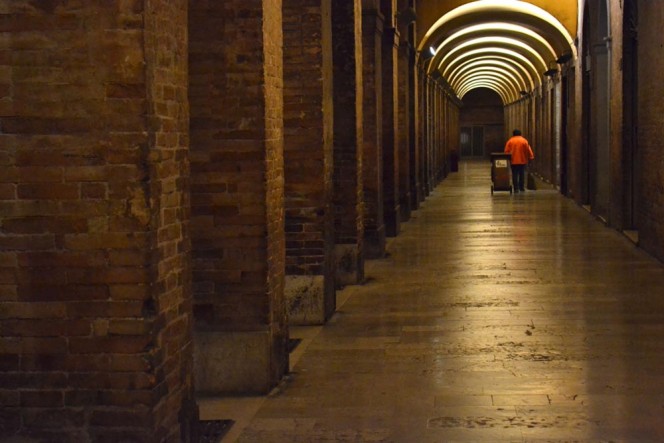