MONTEMAGGIORE AL METAURO, Italy – Giorgio Sorcinelli has been instrumental in the encouragement of quality olive oil and oil tastings. He promotes the art throughout Italy as well as Croatia, Slovenia and Greece.

Sorcinelli, the secretary for the Organization and Laboratory for Expert Tasters, O.L.E.A., coordinates oil tasting classes around Europe.

There are few experts who have the experienced palate Sorcinelli has, and fewer who can describe a taste the way he does.

It’s like a sommelier’s wine-tasting, but different. Sorcinelli demonstrated, sitting behind the fragile wooden desk in the center of Mariotti Cesare’s olive oil storage room. 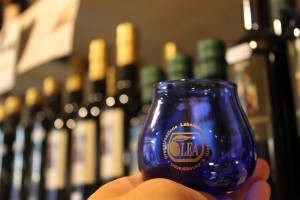 The olive oil tasting glass is blue to hide the color of the oil and prevent biases in a judge. Color is no indication of the quality of oil.

Cesare, producer and owner of this oil orchard and winery, pours his Raggiola olive oil into a glass in front of Sorcinelli. Raggiola is a variety of olive with naturally sweet pulp, but the oil is revered for being deceptively spicy.

The storage room is small room, but large enough for four hulking oil containers against one wall. On the opposite wall are pictures of Cesare’s family, as well as awards recognizing Cesare for his oil and wine production in the Le Marche region.

Sorcinelli’s fingers grip the sides of the cloudy blue, beaker-like glass holding the olive oil. He lifts the glass off the desk to sniff its fragrance.

He sips on the oil without swallowing. Pressing his teeth together he sucks on the olive oil, coating his mouth, tongue and throat. Sorcinelli begins to cough. Cesare pours water into a cup and hands it to him. The spicy nature of Raggiola burned Sorcinelli’s throat.

“The first thing an oil should have is a fruitiness, but it can be a spiciness as well,” Sorcinelli said. He places the cup of water on the desk. The flavor of the Raggiola had a “spice and bitterness that makes this oil a unique product, it results in a fresh oil, and an alive one.”

In today’s olive oil business there are many forbi, or forgers, of quality olive oil, Sorcinelli said. The forged oils are cut with less quality oils, similar to a gas station selling watered down gasoline. This has hurt the reputations of oil producers throughout Italy.

Based on the taste, Sorcinelli declared that it wouldn’t lose its freshness for six months, if properly stored. He then commended Cesare for producing an oil with a smooth texture and fruity almond taste.

In 1985, Sorcinelli pursued mild interest by taking a simple olive oil tasting class. He enjoyed the first class so much, he took more classes for the next 10 years in Le Marche regionS. During those 10 years Sorcinelli became an olive oil sommelier for Le Marche region and started traveling around Europe to experience olive oil variety.

Inspired by his passion, in 1995 Sorcinelli and a team of sommeliers from Le Marche formed O.L.E.A. The organization promotes events in which people from across Europe can become acquainted with quality olive oil. This year, O.L.E.A is instructing olive oil analyzing classes in Pesaro and Fano on Le Marche’s Adriatic coast and, further afield, in Comune di San Dorligo della Valle, which closely borders Croatia and Slovenia.

The highest quality olive oil comes from the least mechanized process. Today’s olive picker uses a wooden rod to thwack the tree branch, causing olives to fall into a tarp at the base of the tree. Although hand picking is the most effective way to properly harvest olives, it is also the least efficient and most expensive.

Extra virgin olive oil meets very specific requirements when being produced. The process includes the olive coming fresh off the branch and pressed at no more than 27 degrees Celsius within 24 hours. The oil is then extracted through mechanical cold pressing, without the use of solvents, and is bottled immediately. 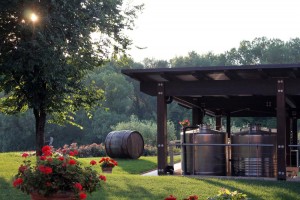 The sun shines bright on the facade of Mariotti Cesare’s oil grove and vineyard, where his oil and wine steel tanks sit in the shade in Montemaggiore Al Metauro, Italy.

In today’s olive oil business there are many forbi, or forgers, of quality olive oil, Sorcinelli said. The forged oils are cut with less quality oils, similar to a gas station selling watered down gasoline. This has hurt the reputations of oil producers throughout Italy.

Sorcinelli wants everyone to appreciate the quality of olive oil for its own sake, but the customer’s ability to discern quality will also help end the oil forging business, he says.

He is looking to the future. He has helped put on several promotional events in primary schools in Le Marche region.

Looking at a picture in an O.L.E.A.-published book of a child eating bread and olive oil, Sorcinelli’s expression melted into a look of bliss. “Kids are really interested because they are naturally good at smelling things.” 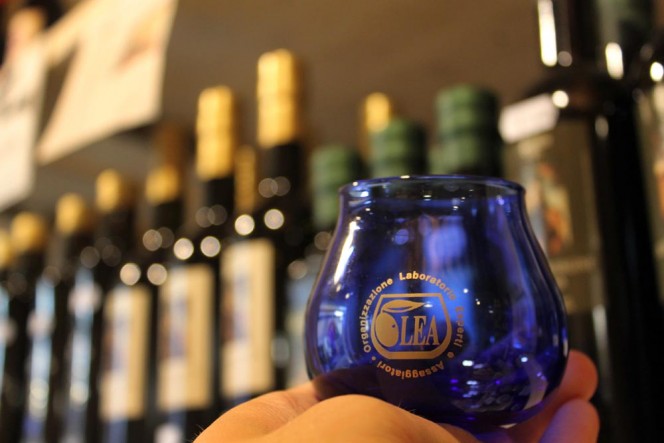 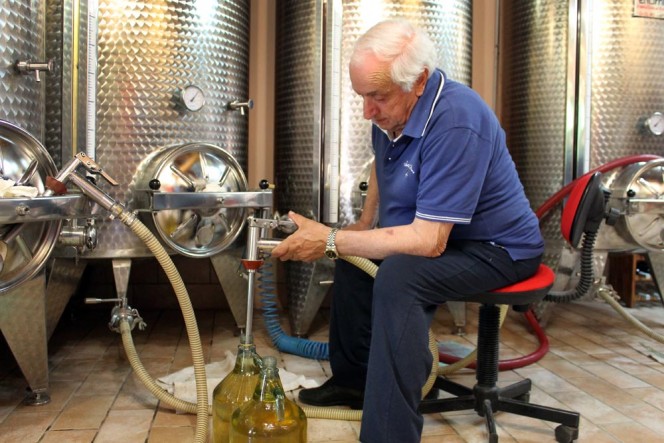 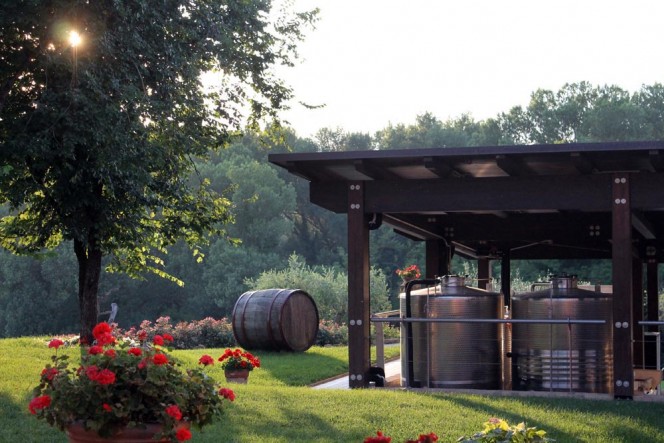 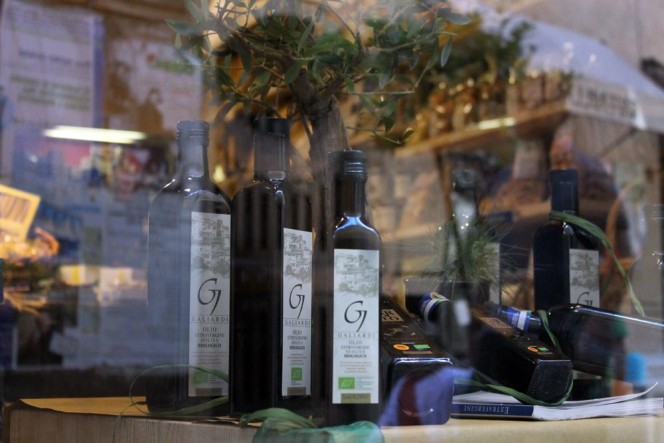