Urbino’s city band is a tradition that dates back centuries.

URBINO, Italy - As the procession for the elaborate Urbino Press Award entered the Ducal Palace here, they were greeted by the thunderous music from a 40-piece orchestra.

It was the Orchestra di Strumenti a Fiato di Urbino – the Wind Orchestra of Urbino, the name of the city’s official band. Their music is a feature of almost every official city function in a history that dates back to the 18th century and the formation of a choir. 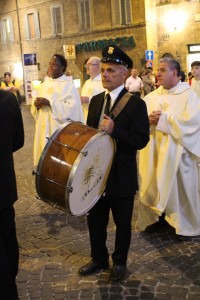 Duccio Marchi plays the bass drum known in Italian as “grancassa” at the Corpus Domini procession.

Orchestra members come from all walks of life, and represent all ages from the teens to middle-age.

Roberto Burani, manager and leader of the band, said that while more than half the musicians are students, the others come from a variety of professions.

“There are some retired people,” he said. “There are a couple of doctors, people who have grocery stores.”

Burani said a shared passion for music is what inspires the band members and makes them a team.

“In the orchestra we are like a family and we hang out sometimes to go for pizza and stuff,” he said. “Everyone with passion for music can join the band.”

“We have a project in the school called Settesuoni,” he said. “It is a project that takes music in schools and allows kids to learn how to play and instrument.

Burani is a product of that system.

“I have started to play an instrument while I was seven or eight,” he recalled. “One day, I was walking outside I heard people playing near the Cappella Musicale (the music school). It was a Thursday night and the band rehearsed. I just got in there and watched the rehearsal and from then I enrolled at the music school there.”

I have started to play an instrument while I was seven or eight. One day, I was walking outside I heard people playing near the Cappella Musicale. It was a Thursday night and the band rehearsed. I just got in there and watched the rehearsal and from then I enrolled at the music school there.

Burani said he spent his first years of study in solfège – a music education system that emphasizes training the ear to hear sounds. That was followed by the study of trumpet, then guitar and other string instruments. Today he plays the trumpet.

Burani’s work has led to involvement with several local associations, including the Festa Dell’Aquilone (Kite Festival), and the Festa Del Duca (Duke’s Festival), which is the main event in Urbino.

The orchestra even has its fans. Burani mention 50 to 100 people follow them to performance sites.

“It is always the same people in the same seats in the same places,” he said. “When we play in parades, there are many people that are students or tourists. Mostly 50-100 loyal fans we have.” 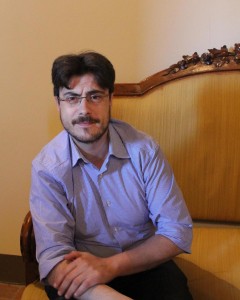 Roberto Burani who is manager/leader of the band since 2000.

The orchestra has played in Imola and Perugia.

But the future of the orchestra relies on support from the government.

“The future of the band depends on the political facts because if they want to give us money and finance the band, it will be good in future,” he said. .”We play five main events during the year and we should get some money and attention from the municipality because we are like a institution. It depends on the major if he is helping and supporting us.”

Michele Mangani who is a composer and director of the band said “I have been playing in the band since I was eight and it has been 20 years since I have directed the band,” he explained. Giovanni Di Stefano, a saxophone player, was also eight when he joined the band, said in those days the musicians were much older.

“The band age average was middle age,” he said. “Me and two or three others were the young ones. It was more difficult than now because there was no friend at the same age with me.

“Now, I play only for fun. Generally, I spent four hours a week for the band.”

And he echoes Burani for the reason he continues to play.

“We are doing this in order to stay together, to make something with the passion,” he said. “We are all come together and trying to create something unique.” 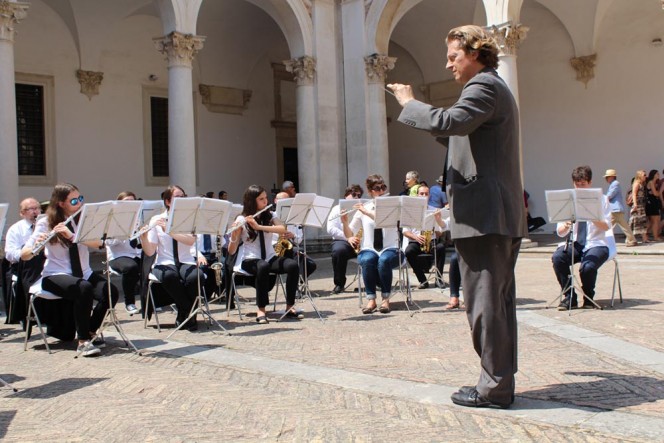 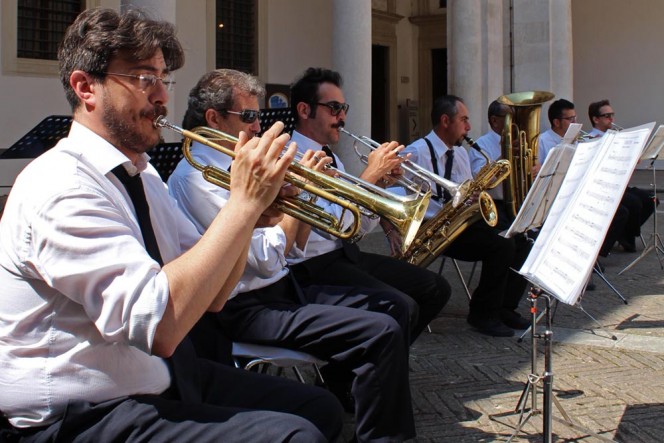 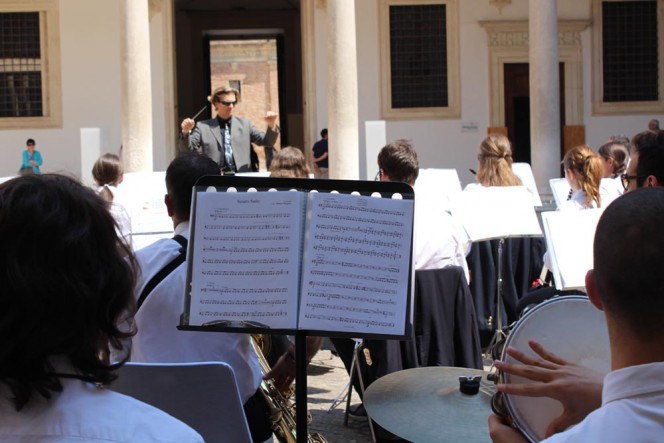 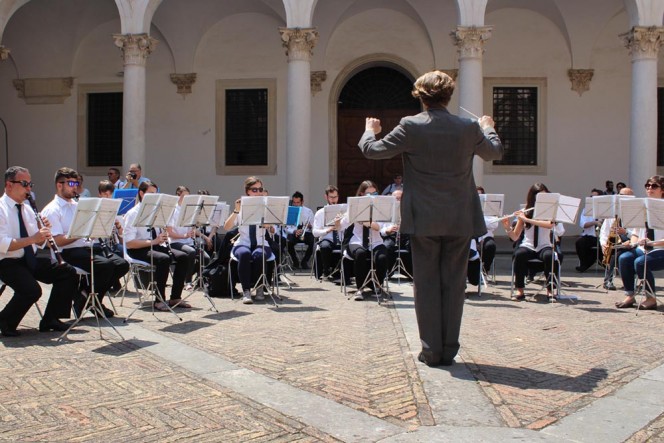 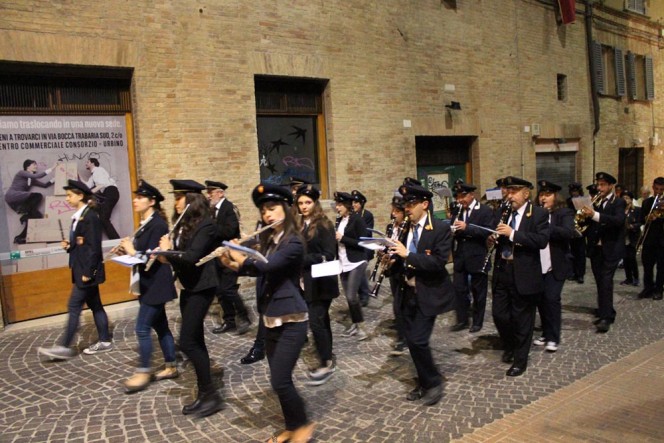 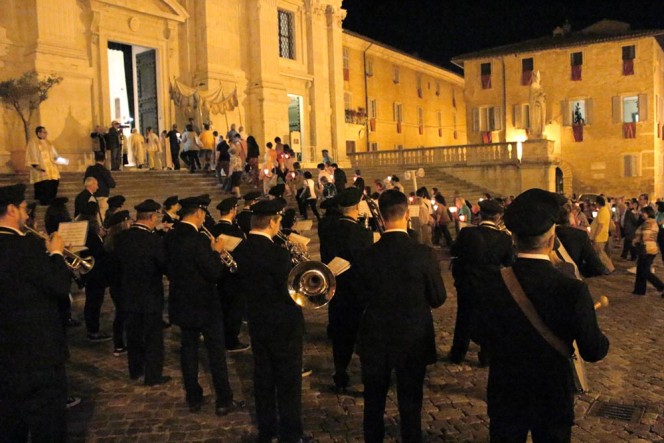