Urbino, Italy – The Bucci family left their home for work and school around 7:30 a.m., but at 1:00 p.m. they pour back through the door to prepare and bond over the most significant meal of the day.

Lunch in the U.S. may be a trip to a drive-through window or a brown bag at school, but many Italians are fighting to hang on to a family tradition called “ora di pranzo” – a three-hour lunch break. 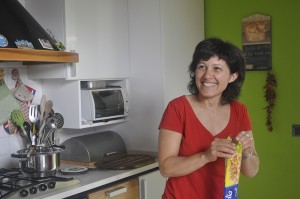 Rita Rosatelli, mother and wife to Daniele Bucci, opens a bag of spaghetti noodles to mix with tomato paste for hora di pronzo.

Especially in smaller cities and towns, lunch remains the time when schools and most businesses close so families can travel back home to share the day’s largest meal and rest.

This famous Renaissance city in the province of LeMarche is no exception. While two large supermarkets recently decided to remain open between noon and 4:00 p.m., the doors to most other retail outlets display a sign stating “Chiuso” – closed.

“There are a few rules concerning meal time in general in Italy,” said Rick Zullo, a Rome-based travel writer and blogger. “Everybody sits down together and there’s no sitting in front of the TV or playing video games. It is a time to sit down altogether and eat.”

While it is unclear exactly when of why the tradition started, Dr. Peter Cullen, professor of language and culture for business at the University of Urbino, believes the warm mid-day weather in Italy may have played a large role centuries ago.

There are a few rules concerning meal time in general in Italy. Everybody sits down together and there’s no sitting in front of the TV or playing video games. It is a time to sit down altogether and eat.

“Until the advent of air conditioning and ice cold drinks, there’s no relief [from the heat],” he said. “You don’t want to physically over tax employees during the hottest part of the day, so they take a longer break.”

Dr. Raffaella Sarti, a professor of early modern and gender history at the university and author of “Europe at Home: Family and Material Culture 1500-1800 (Yale U.P., 2002)” said pausa was considered a worker’s right during the 17th century.

“Those who worked the fields knew that during the heavy work of harvesting they were entitled to a nutritional surplus, that could stretch to seven meals a day. During some festivities, people could stay at the table for hours,” she said.

The pausa tradition continued unabated, the researchers said, until the last few decades when social and economic changes began moving through Italian culture.

Women have been choosing careers away from the home, large national chains have expanded into smaller communities, families are moving to suburbs and immigration has brought a wave of new residents with different traditions. Now the American style one-hour lunch break near the office is becoming more common.

“It’s the small, family-owned places that still honor the pausa even in Rome,” Zullo said. 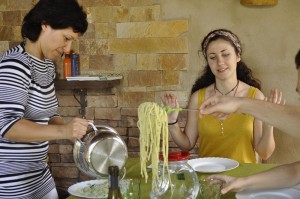 A large plate of pesto pasta is the centerpiece and is served to all.

One of the most sudden and startling changes in Italian eating habits, researchers said, is the advent of fast food restaurants and “to-go” food and drink.

“For centuries spreading civilization and good manners at a table implied using cutlery and not eating with your hands.” Sarti said. “We are now often eating panini – sandwiches – and pizza where you don’t need forks.”

The next generation is also being weaned from the pausa tradition, Sarti said. Children used to be released from school and would go home and eat a prepared meal, but now cafeterias have been opened to serve the in the schools.

“Unhealthy and cheap food is spreading and this is a problem particularly among children,” Sarti said. “Some schools have a cafeteria, but not all. Therefore, many children, especially teenagers, eat junk food from home or in restaurants.”

The Bucci family is refusing to surrender the pausa tradition. They gather around the kitchen table to celebrate “hora di pronzo” every day around noon. Rita Rosatelli, mother and wife, has the meal waiting when the children and Daniele Bucci, father and owner of BD Construction, come home.

“It is natural for us,” Bucci said. “My wife and I work really close to home, so we come home from work, eat lunch, take a rest and go back to work.

“It’s a way to divide the day. It’s the moment when you don’t think about working or about your job and to think about your family and nothing else. If the lunch is at home it is also healthier.”

It’s a way to divide the day. It’s the moment when you don’t think about working or about your job and to think about your family and nothing else. If the lunch is at home it is also healthier.

Rosatelli picks fresh vegetables from her garden and makes her own pasta for pausa each day.

“In Italia it is very important to eat lunch and dinner and be with your family,” she said. “Cooking for my children is a way for me to show love and I also grew up with the mother always cooking for her children. It’s also a way to bring people together.”

But Zullo thinks the families like the Buccis eventually will be a part of Italian history.

“In an increasingly globalizing world everyone has to drift towards the norm in order to survive,” he said. “It’s a shame really, because it is a great tradition and part of the life here.”

“It’s going to be slow to go, but it will go unfortunately,” Zullo said. 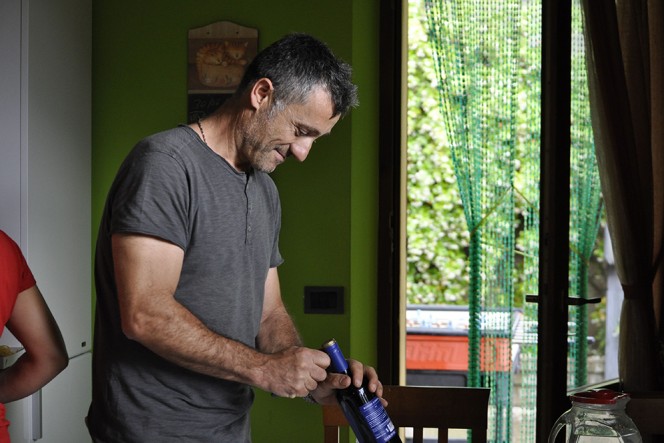 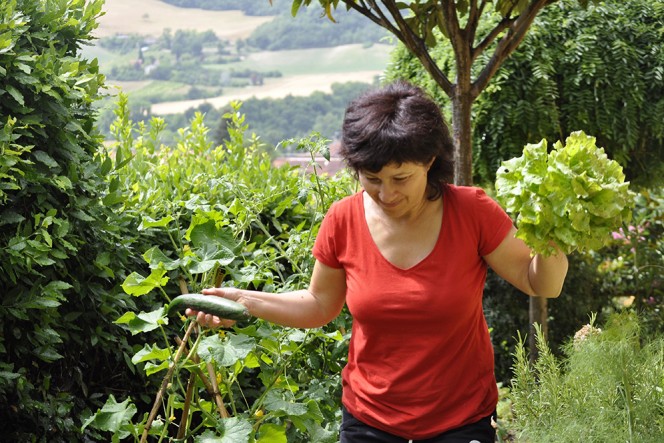 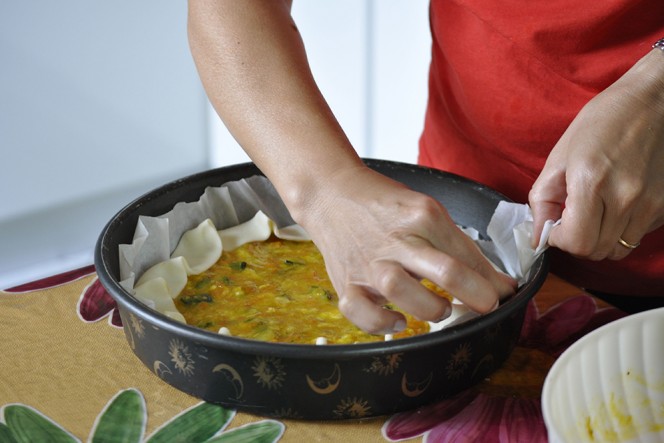 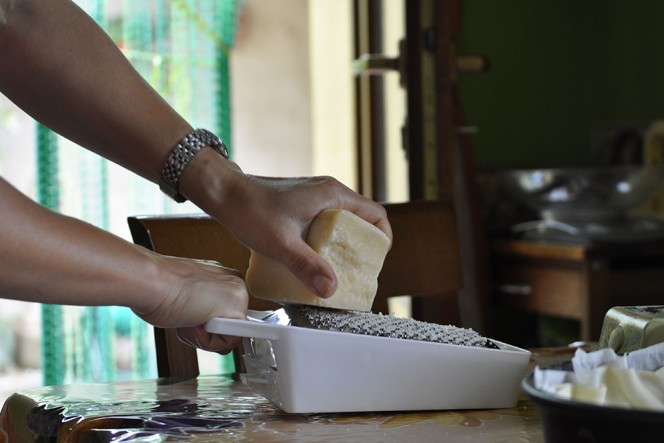 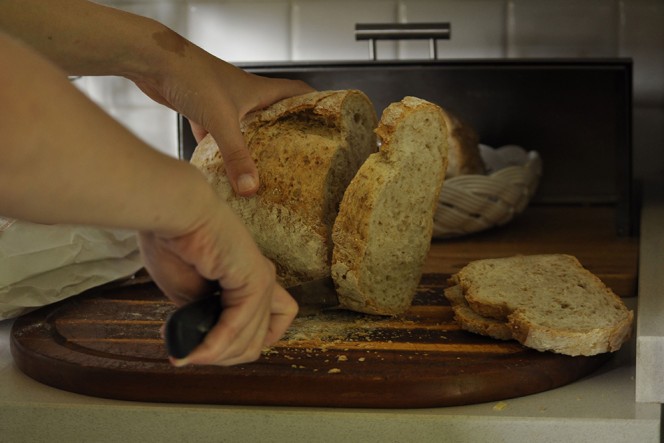 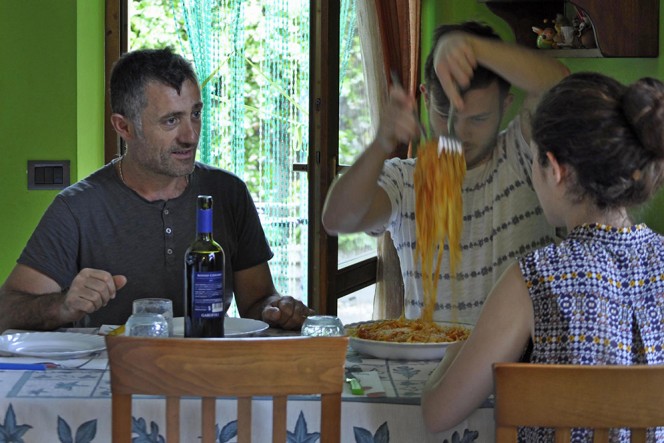 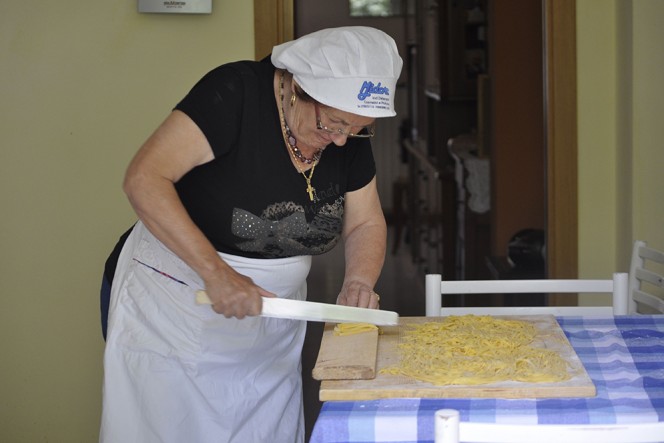 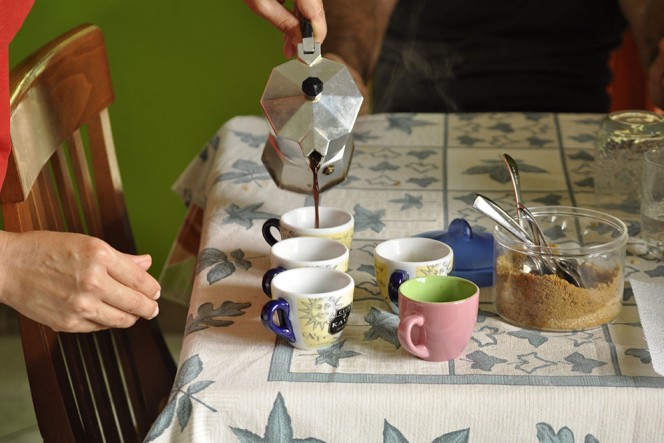 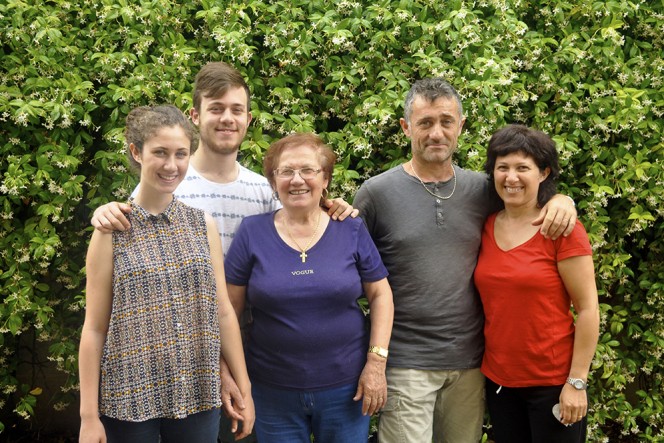