URBINO, Italy – Marcello Tiboni carefully uses his thumb and index finger to pick up a sheet of paper, as thin as the translucent page of a Bible, and rests it gently on one of his many printing presses. He is demonstrating a printing technique called typography to citizens of Urbino at an exhibition for local artists.

Tiboni, 67, practices the arts of typography, lithography and engraving. Each is a form of printmaking often used for text or fine art. All three techniques typically involve a stone or sheet of metal with ink that forms a print on a blank sheet of paper when put under pressure. After some pedal work and lever-pulling, Tiboni has put enough pressure on his stencil to take out his print. The result is a detailed outline of his hometown of Urbino, the city where he runs his own print shop with help from his wife and two kids.

The press he is using in his demonstration is particularly small compared to the 17,000-pound presses in his spacious studio outside the walls of this city. These hand-operated presses are old enough to be in a museum but they still run well and Tiboni puts them to good use. 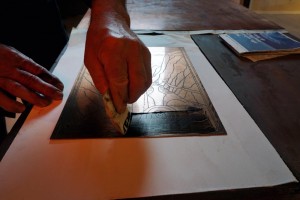 Marcello Tiboni demonstrates his lithography techniques at an exhibit in Urbino, Italy.

With fixed eyes and a furrowed brow he begins to brush jet-black ink into an etched sheet of metal. After wiping off excess ink with strips of newspaper, Tiboni carefully positions the prepared stencil into a Macchina Tipografica Manuale, the press he uses for small typography pieces.

Engraving techniques date back to the 15th century, which is motivation enough for Tiboni to preserve it. Its once practical use of printing text, maps and other important documents has become irrelevant with new technology. Tiboni and his family value the history of his craft and want to maintain and hopefully spread the cultural significance of it by opening a school for students to learn about print making.

“There are several young people who like this job, but unfortunately they don’t have the possibility to do what I’ve done,” says Tiboni.

Since the 1980 inception of his own print shop, the Stamperia Santa Chiara, named after his daughter Chiara, Tiboni has received help from his artist-filled family. His wife, Geraldina, is a painter who designs larger pieces for Tiboni and his son, Alberto, to create together.

Alberto has helped his father since he was a small boy, young enough to have needed a rope to be tied around his waist to safely help with the larger machines. Alberto went on to study art with a focus on computers and graphic design.

This familial commitment to art and Urbino has helped Tiboni run a successful stamperia. And it should help him realize his life-long dream of opening a school for printmaking.

But he still finds time to help his father in the studio. This familial commitment to art and Urbino has helped Tiboni run a successful stamperia. And it should help him realize his life-long dream of opening a school for printmaking.

Tiboni retired from the Academia Delle Bella Arti, a school for fine arts in Urbino, after 40 years to focus on opening a specialty school to educate and preserve this old art form. Tiboni’s goal is to have ancient printmaking stay a craft rather than an unused art form from history. After eight years of struggling with the idea of opening his own school, recent meetings with Mayor Maurizio Gambini have restored his confidence in the project. If he can find a space for the school in Urbino, the school could open next year, Tiboni says.

As for funding, Tiboni wants to keep the donors local, hoping to return the knowledge he gained from Urbino to its citizens. He is considering a partnership with other art schools around Urbino as a way to support his project. Many students of his school would be graduates of the Academia Delle Bella Arti. A former student of Tiboni’s, 24-year-old Anastasia Eremita, says she would be interested in attending his school if it opens.  Alberto will teach students of the school bookmaking and Chiara, Tiboni’s daughter, will teach graphic design.

Tiboni is grateful to have lived in a town that values art as much as he does. 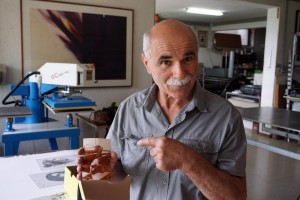 Marcello Tiboni in the studio he helped build alongside hired construction workers in 1980.

Urbino is a Renaissance town famous for being the birthplace of the painter Raphael. This historical recognition of art by the people and institutions of Urbino are a part of the reason Tiboni wants to give back to his city through a school. When the school opens, he plans to commemorate the office of the Duke of Urbino in the name, although he hasn’t decided exactly what to call it yet.

Tiboni wants to give students from all over the world a chance to participate in an art form so close to his heart and to the heart of Italy.

In his own studio, Tiboni opens a box full of yellowed pictures depicting the development of his work and the inheritance of printmaking knowledge throughout Tiboni’s family. Looking back on his past reminds him of how lucky he is to have his future.

Leaning against a paint-stained craftsman table, surrounded by old prints and massive presses, Tiboni’s snowy white mustache twitches. “I believe in this because I like mechanics and printing and I’d like to leave this thing to the young people of Urbino who are interested in it.” 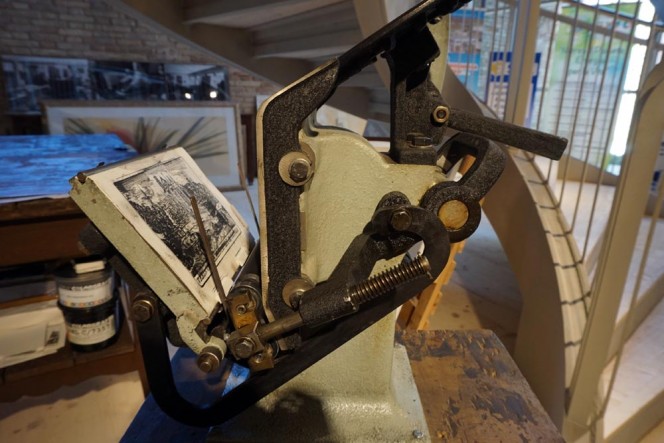 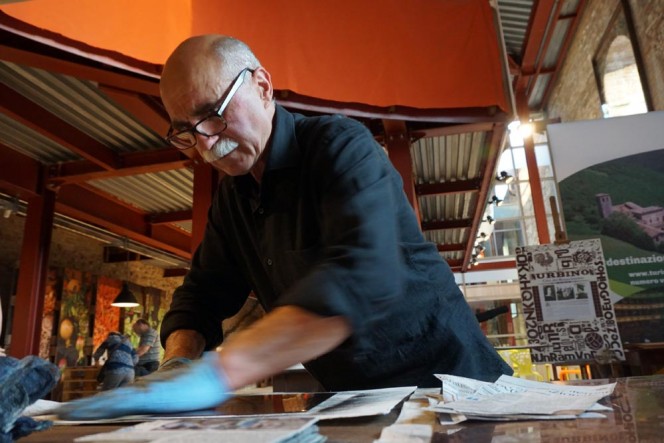 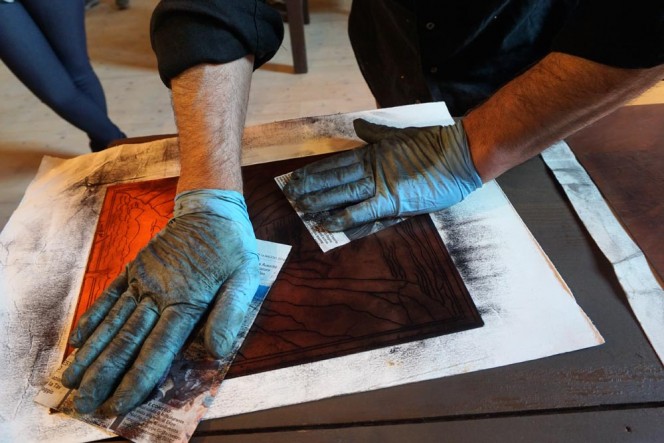 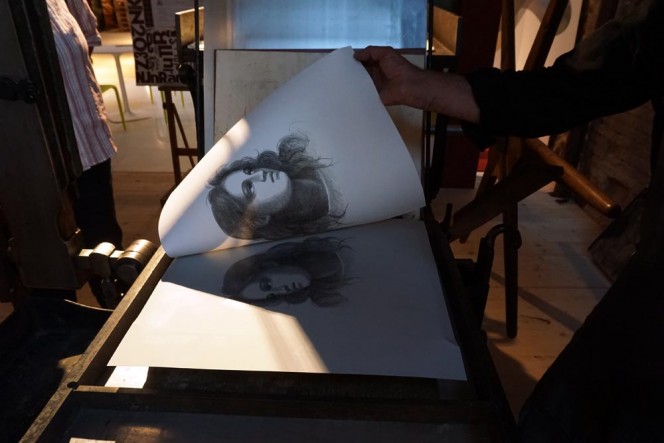 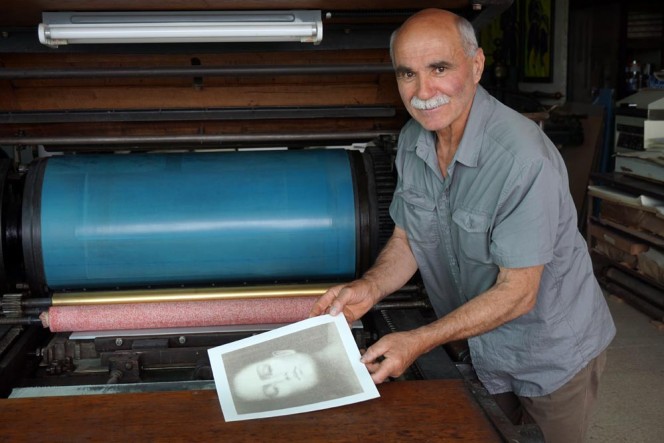 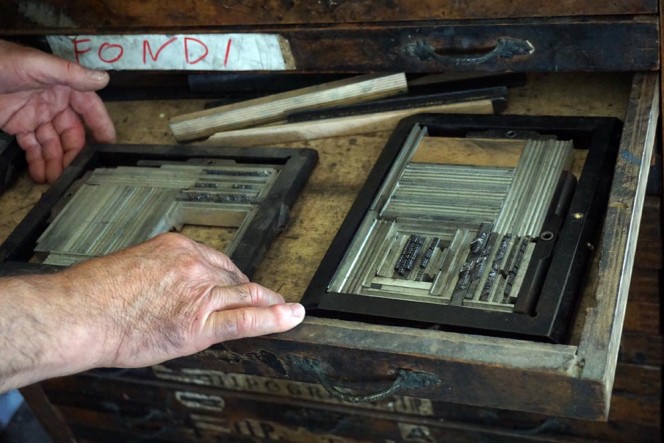 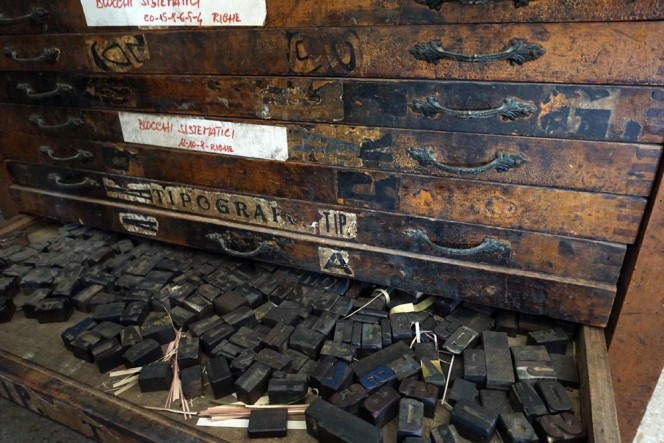 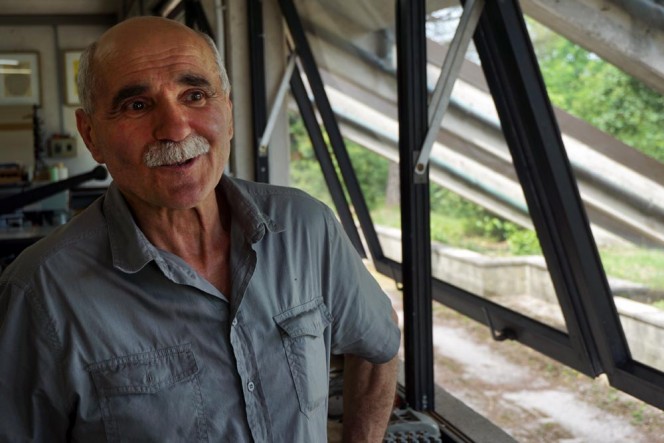 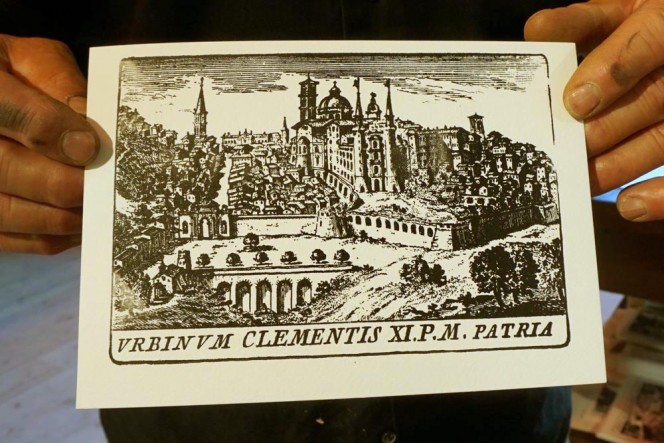