A Pride of Woodworkers - Urbino Project 2015

Two shops, each in its own way, are keeping traditional Italian woodcraft alive.

URBINO, Italy – Walking down one of the many mysterious alleyways of this city, you come across a large intricate wooden door that is open. Italian music and the rhythmic hit of a hammer radiate from the entryway.

Inside, a little old man is springing from machine to machine, table to table. Wood shavings blanket the floor. Tools cover the walls. The studio is organized chaos.

With a pencil between his lips, Angelini Domenico looks up from his hunched stance and greets you with a curious glance. 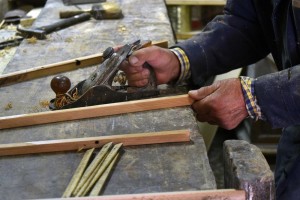 Inside the dimly lit studio, chairs are stacked, large wooden frames are propped against the wall, wooden planks are lying on the dusty floor, and cage-like globes line the back wall. Domenico, an 85-year-old Urbino native, rushes to grab one of these objects, dusts it off and hands it to you, speaking with enthusiasm and pointing to the different curvatures all intricately connected.

Around the corner from Domenico’s studio stands a very different shop. Unlike Domenico’s workshop, the Bartolucci company store keeps regular hours, welcomes customers, and displays its products by the hundreds in a gleaming bright store behind a plate-glass window. It can capture anyone’s attention. Cuckoo clocks line every inch of wall space while a variety of Pinocchios greet each passerby.

Yet both places represent two ends of the spectrum of an Italian pride in traditional craftsmanship, in this case, woodworking. One is the work of a single elderly man who seems not to care about the marketplace. The other, the Bartolucci company, founded by Francesco Bartolucci in Belvedere Fogliense, approximately 13 miles from Urbino, produces up to 2,000 mostly carved wooden items to sell in 140 stores worldwide. 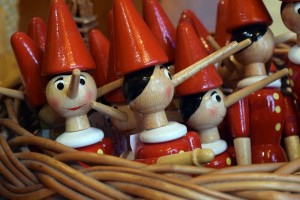 Classic miniature Pinocchio’s sold at the Bartolucci company. Each is crafted and painted by hand.

The Bartolucci company was originally inspired by the popular Italian story of Pinocchio, the boy-marionette created by a poor woodcarver named Geppetto and brought to life. After hand-carving and selling his very first Pinocchio in his father’s workshop in 1981, Francesco Bartolucci built and developed his company for 35 years into the large corporation it is today.

Bartolucci recently adapted a process to combine hand-made and manufacturing techniques. This blend allows the products to be easier and cheaper to produce while maintaining traditional Italian craftsmanship.

“All our products were and still are the result of craftsmanship,” said Maria Bartolucci, the daughter of Francesco Bartolucci. “We believe that it is this craftsmanship which is one of the essential foundations of our brand.”

Domenico, the solitary craftsman, has been a carpenter since he was 17, attending a professional art school that was offered to those who did not have enough money to go to a university. After working with a partner for 18 years, he opened his current studio when he was 35 and has been there ever since.

He has no store hours, windows to display his work, or even a sign above his door. He is not doing this work for prestige or money. 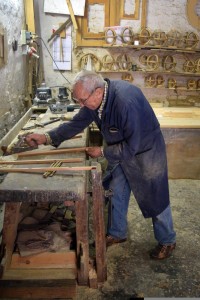 Domenico hunched over a piece of wood in the middle of shaving the rough edges.

“When I was young, everyone had the motivation to learn,” he says. “Now, people do not have that same passion.” When he talks about society today, he grows distraught, speaking quickly and loudly with his eyebrows furrowed.

“There is not a lot of work for me anymore,” Domenico says. “Industries have destroyed everything.”

Unlike Bartolucci, Domenico does not advertise his handiwork. If someone finds his workshop and offers to buy one of his pieces, he is grateful, he says, but he does this work because he wants to. If he did not have passion, he says, he would not still be doing it.

Domenico’s clientele is usually churches restoring their interior. They request new frames for the large paintings that hang inside. You can find these arched frames, or the disassembled pieces, throughout his workshop. He will also restore chairs, tables or any other wooden objects.

”You have to come to me to fix these things because I am one of the only ones left in Urbino,” Domenico says. While he may not be the very last, Domenico recognizes that traditional Italian carpentry is a vanishing art.

While technically a manufacturing company, Bartolucci keeps products as traditional as it can by making the toys in small batches and assembling and painting each by hand. Since the toys are still hand-assembled and painted, they will never be exactly replicated, says Maria.

“Our products give a smile and emotion to those who receive them,” Maria says. “They have warmth of the wood and the beauty of a clean design, bright colors, and smell like things of the past, of those things hand-built by our grandparents.” 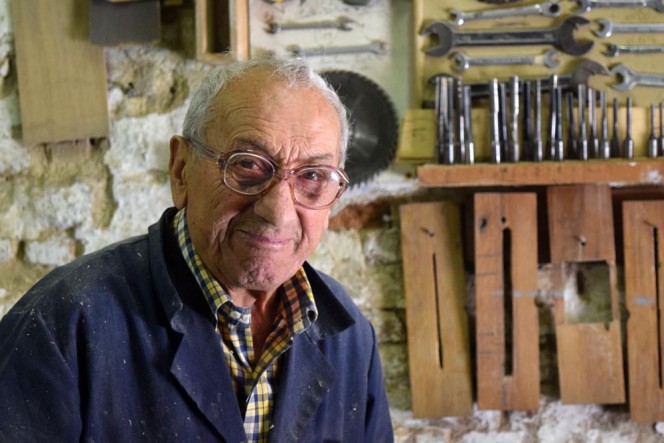 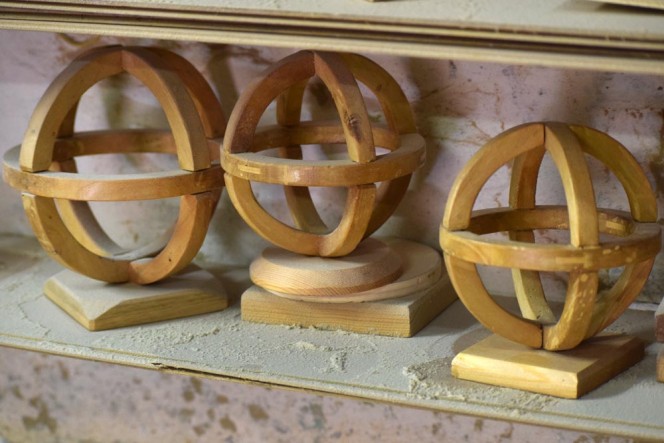 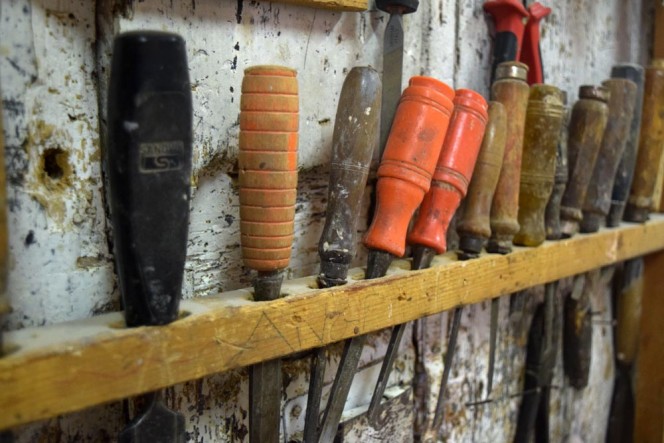 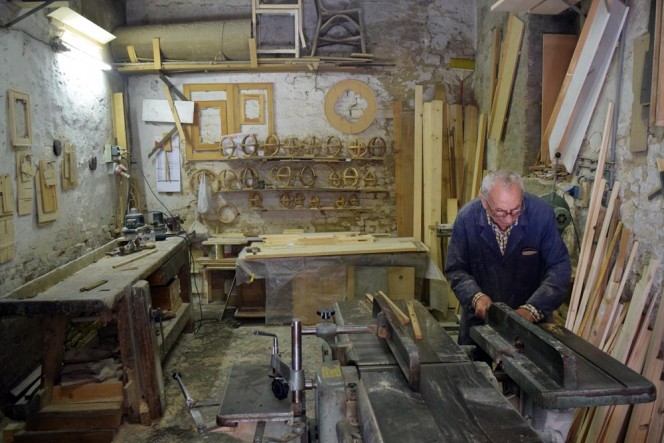 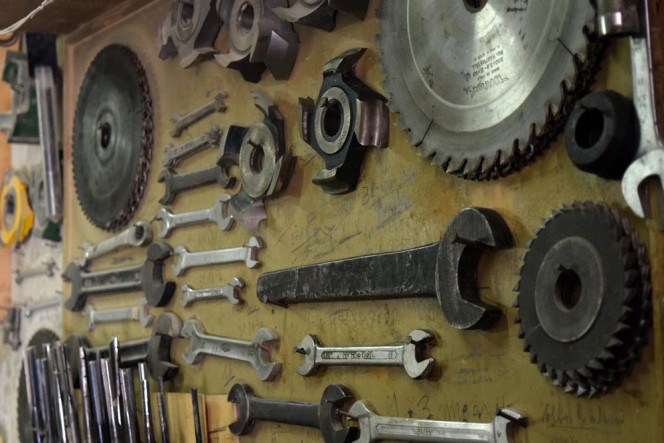 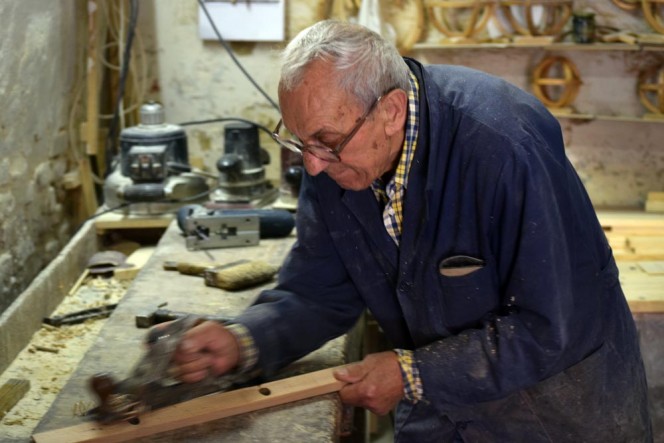 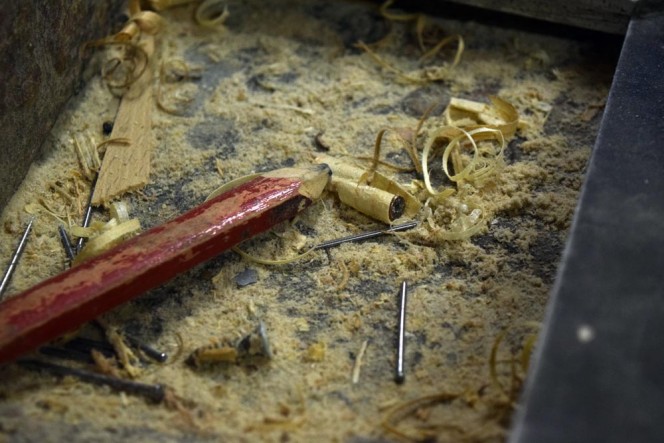 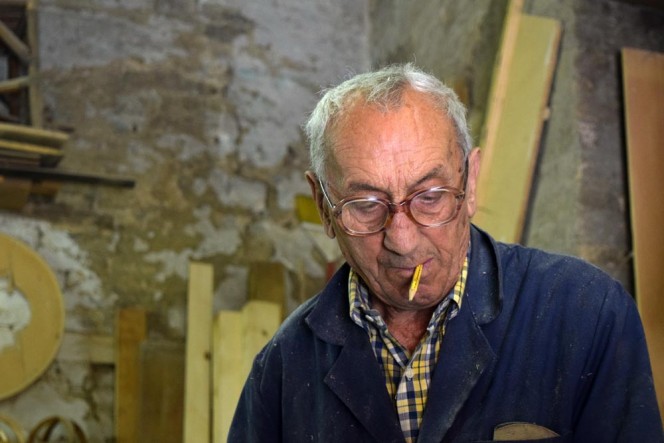