A Raphael portrait, restored and less of a mystery, returns to his hometown.

URBINO, Italy – This is the birthplace of the Renaissance painter Raphael, but Urbino holds only three of his original paintings. One of these is a famous work called La Muta, meaning “The Silent One.”

It has been doubted as a work of Raphael. It has been hauled around war-torn Europe. It was taken in recent years to Florence – the place that can often make Urbino feel like the forgotten city of the Renaissance – for restoration.

But finally, with questions about “the Silent One” answered at last, it is back in Raphael’s native home. 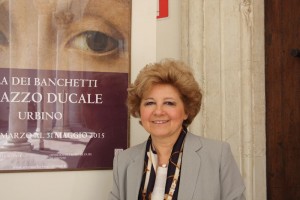 La Muta is a portrait of a sitting woman with no expression. The background is calm. Intriguing to viewers yet questionable to past critics, the painting is a classic Renaissance work.

Prior to 1927, Urbino did not hold any of Raphael’s paintings. At the time, they were located in big cities like Florence, famous for its Renaissance art and architecture.

According to Maria Claudia Caldari, superintendent for the Historical Anthropological Heritage of Le Marche at the Palazzo Ducale in Urbino, residents of Urbino at the time were complaining that they did not have any Raphael paintings.

In response, in 1927 the leader of Fascist Italy, Benito Mussolini, ordered that La Muta be brought back to Urbino. Caldari emphasizes that Mussolini chose La Muta because of its connection with the Palazzo Ducale and the time period in which historians say it was painted.

The painting, like many from the Renaissance, had lost its quality. It became greatly damaged due to old age and travelling from place to place.

But a few years ago, the staff of the palace in Urbino decided the painting should be restored to its original state. The restoration took place in Florence, funded by a Japanese television network.

Photos and x-rays of La Muta revealed the primary damages – a large number of holes. Caldari argues that layers of dust caused the holes, making the work fragile.

The removal of dust revealed what it used to be like. Just the initial cleaning made a difference. Restoration is important because you can see the techniques of the painter in a way that you could not before.

“The removal of dust revealed what it used to be like,” Caldari said. “Just the initial cleaning made a difference. Restoration is important because you can see the techniques of the painter in a way that you could not before.”

With a bit more detail on the woman in the painting, La Muta was on its way to its full potential. Previously, there was no evidence supporting the assumption that it was Raphael’s work. The revelation of detail allowed critics to identify him as the painter through the choice of colors on the woman, signifying the artist’s trends in the period when it was made.

Along with the attribution to Raphael, the restoration revealed how it was painted. It is now recognized that the woman was painted twice. X-rays found that the original neckline was painted over and the laces were made more prominent. When she was painted the second time, the color of the woman’s corset was changed from brown to green. 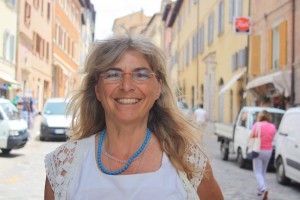 Caldari explains that green was used to represent a state of grief, leading critics to believe that the woman was married during the initial painting and widowed when she was painted the second time. The rings worn by the woman also represent grieving.

When the restoration confirmed that La Muta was painted sometime between 1505 and 1507 in Florence, the nature of the painting unfolded. Historians recognize that Raphael was in Florence at the time, learning from Da Vinci. The expression of the woman in La Muta is one classically portrayed by Da Vinci, signifying his fascination with widows and his influence on Raphael at the time.

“The movements of the thoughts were very important so they could be represented on the face of the person,” said Maria Giovanna Luminati, an Urbino native working as a tour guide.

The idea of the widow and the time frame of the painting helped to determine the identity of the woman in the painting. Though historians are still unsure of the identity, some believe she was named Giovanna Feltria. The story behind the woman is unknown, other than her relation to the painters in Florence at the time.

People who live in Urbino are proud to have La Muta and to claim Raphael. The recent restoration of the painting has increased their pride as it underscored the great work of the homegrown painter with every stroke and every detail.

“Everyone was happy for its return,” said Tesco Rizzi, an employee of the house where Raphael was born, Casa Natale di Raffaello on the steep Via Raffaello. “It belongs in Urbino.”

In March, La Muta was returned to Urbino after a year of restoration in Florence and several complaints by residents due to its absence, according to Caldari. It is now on display in the Palazzo Ducale where tourists as well as residents can marvel at its serenity and its history.

“It is a wonderful painting to look at,” said Luminati, the tour guide. “Some people are strongly aware of the importance of the paintings inside the palace, some others are not. But still, they are all devoted to Raffaello.” 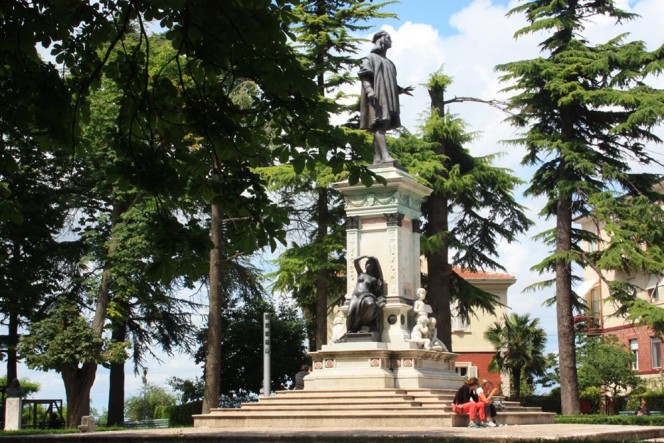 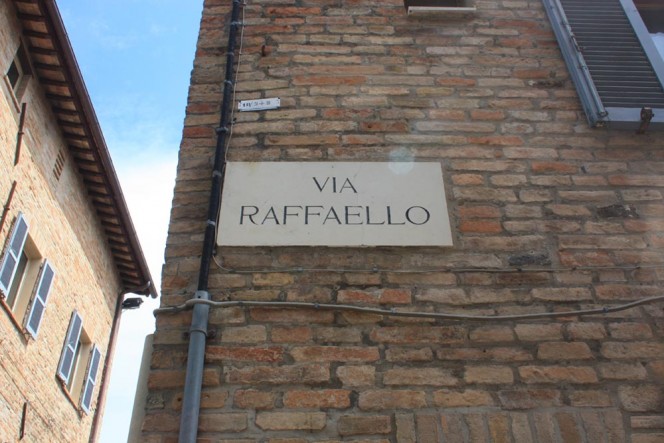 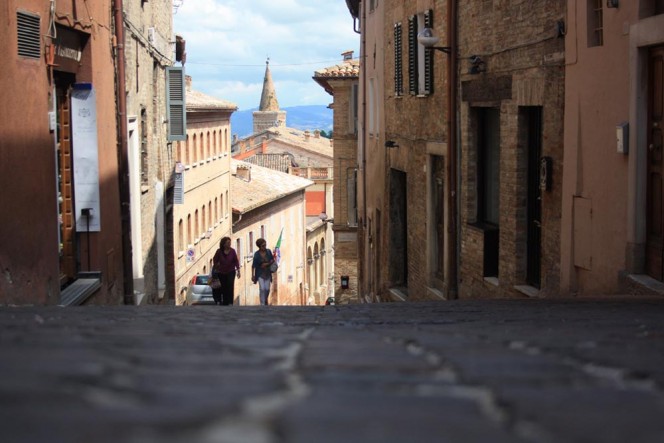 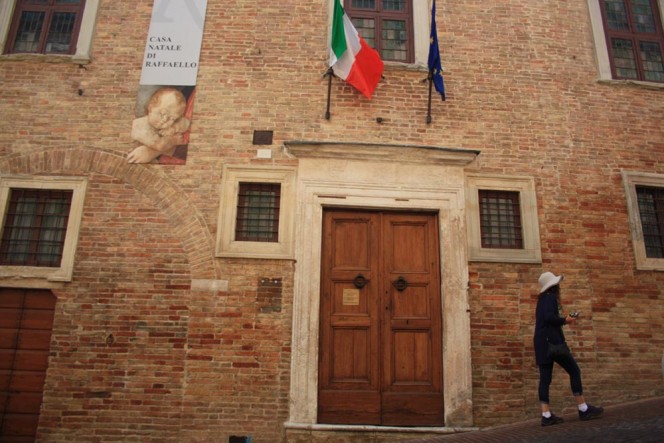 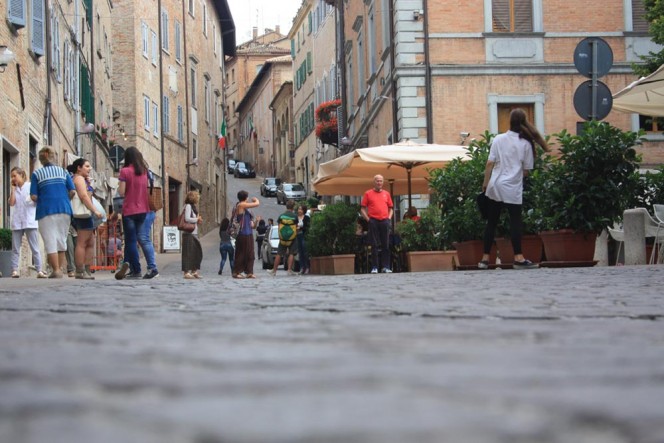 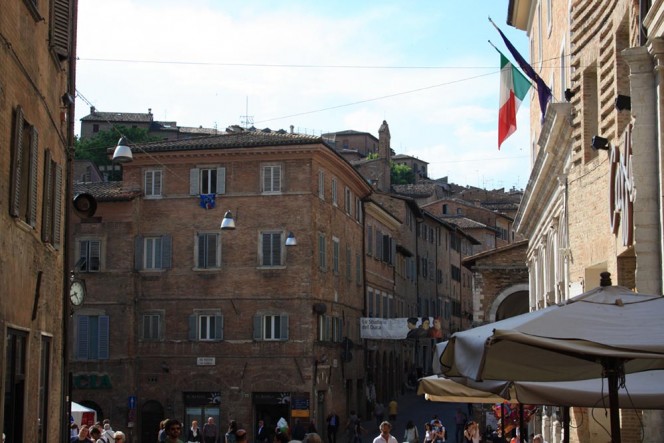 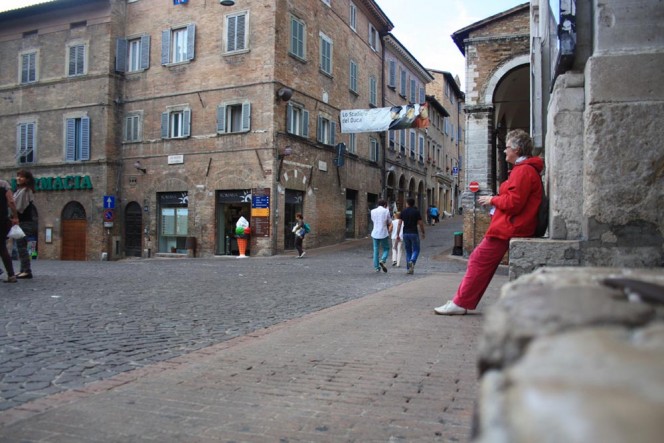 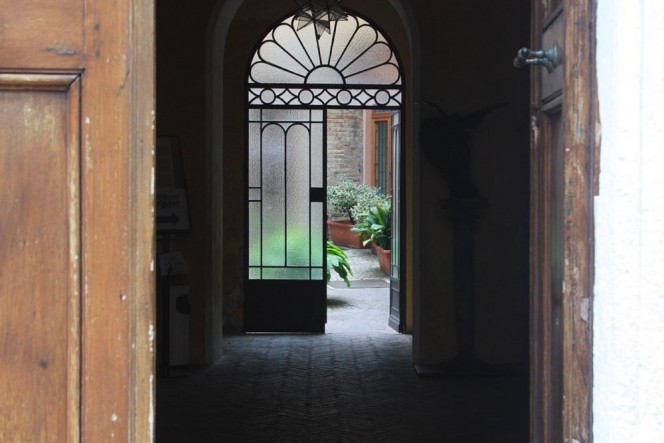 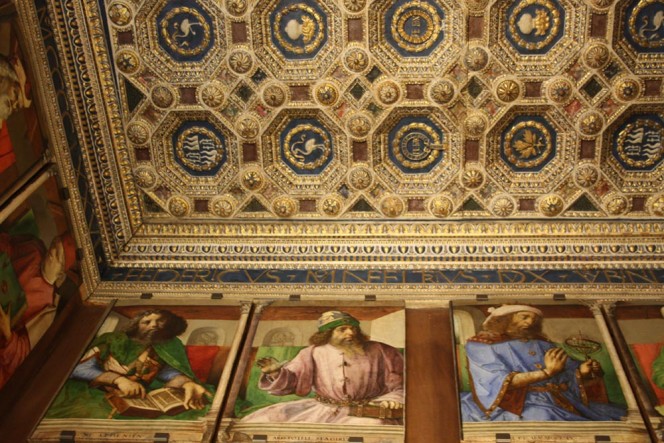 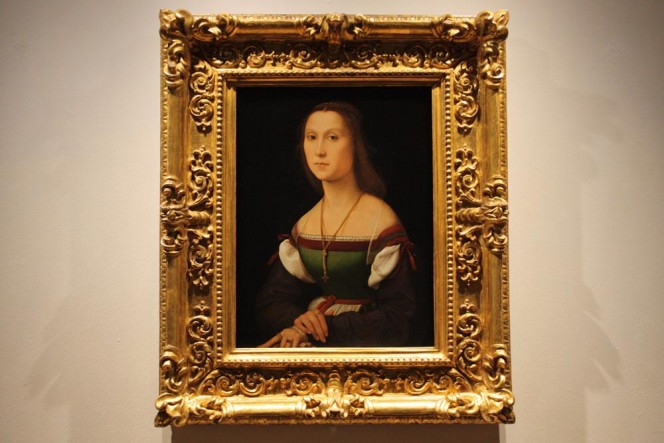