I Said, I Persuaded, I Conquered

PESARO, Italy – The motto “Dixi, Suasi, Vici” (I Said, I Persuaded, I Conquered) is a far cry from Roman Emperor Julius Caesar’s “Veni, Vidi, Vici” (I Came, I Saw, I Conquered).  But for Italy’s 28ºReggimento “Pavia” (28th Army Regiment “Pavia”), named after a town in Northern Italy, “I Said, I Persuaded, I Conquered” is their motto, and persuasion through tactical communications is becoming their NATO-based mission in Afghanistan. 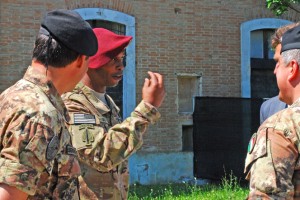 American US Army Captain Damon Hart speaks to Colonel Giovanni Gagliano and other Italian soldiers who together work in Afghanistan.

“There’s no way we can end wars and prevent conflicts with guns,” says Captain Damon Hart, one of ten U.S. Special Operations officers training alongside the Italian soldiers at the “Pavia” headquarters in the Adriatic coastal city of Pesaro.  The American officers have come from the army base in Fort Bragg, N.C., to train with their Italian counterparts, to assist them in obtaining NATO Special Operations status by July 1, 2014.  With NATO certification the regiment will be deployed to Afghanistan to utilize high technology communications systems in a peace-making role in that war-torn nation. Many NATO countries, including the United States, are involved in similar training and activities.

Colonel Giovanni Gagliano of the “Pavia” Regiment says their mission is “to bring peace, build a new society”.  When asked about working with the Italian unit, Captain Hart replies, “You have to love what you do”.  He has worked previously with Italian troops in Germany and believes it is important to reduce the learning curve among NATO countries, so they can easily cooperate on missions in Afghanistan.

There’s no way we can end wars and prevent conflicts with guns.

The American officers are training with the Italian officers for two weeks. Their base at Fort Bragg has similar print, radio, and television capabilities, only on a larger scale.  Their goal is to understand, “the place where they are, what the right message is, and what means to use in order to communicate,” explains Colonel Gagliano. 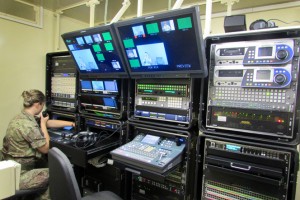 An Italian soldier manages the audio board for the base’s television deployable news container.

The communication methods that the soldiers of the “Pavia” will use include:

The regiment’s television and radio deployable containers look like professional studios transformed to fit into various camouflage boxes. In these tiny workspaces the soldiers can host interviews and produce news pieces that are either prerecorded or live.  The radio container has two rooms, a sound booth and an editing area that can be used to transmit commercial radio programs with popular songs provided to the soldiers. 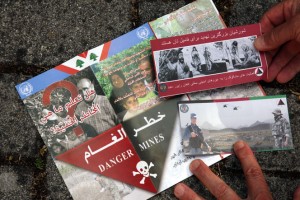 These fliers, destined for towns and villages in afghanistan, contain warnings about nearby IEDs in Pashto and Dari. They contain mostly pictures for those in rural areas who are illiterate.

A typical leaflet might contain information about Improvised Explosive Devices (IEDs), homemade bombs that were not constructed or deployed by the military. The leaflets contain mostly pictures in order to be understood by literate and illiterate Afghans alike, with the goal of ensuring each resident’s safety. Most of the “Pavia” regiment’s flyers are printed in a facility on the base in Pesaro and at the rate of 15,000 flyers per hour. The soldiers also have a smaller, deployable printing container that they can use in the field.

But the messages conveyed through TV, radio,  loudspeakers, or  flyers are not always understood.  According to Major Antonio Caragnano,  one difficulty is an  information gap between young Afghans attending school in the cities and elderly mostly illiterate Afghans living in the rural mountain areas. The educated urban citizenry can understand complex messages about the ongoing conflict and are targeted with detailed video and print information.

By contrast, Lt. Colonel Cartini recounts meeting an elderly man in the mountain regions who thought Cartini was a Russian soldier returning to the area after many years. The elderly man did not realize that the Russians had pulled out of Afghanistan and NATO forces were involved instead. In cases such as these, interpersonal communication is often needed. “Pavia” participates in role-play exercises to develop ways to respectfully and effectively speak with people of differing ages, genders and cultures.

Other NATO countries with communications bases such as Germany, France and Great Britain, want to use their technology to reassure the Afghan citizenry that they are there to help them.  NATO Secretary General Anders Fogh Rasmussen insists the coalition “won’t fall off a cliff at the end of 2014.”  U.S. President Barack Obama has set that date as the formal end of the combat mission in Afghanistan.

The Taliban are on the defensive in the information space.

In the meantime and, according to Rasmussen, NATO allies are taking advantage of the fact that “the Taliban are on the defensive in the information space.”

Communication-based missions are “becoming much more important than before,” claims 2nd Lieutenant Grifa of the Italian regiment.

President Obama  announced on May 27, 2014, that he plans to withdraw the last American troops from Afghanistan by the end of 2016.  Italian Defense Minister Mario Mauro says 500 to 700 Italian troops will remain after other NATO troops withdraw. There are currently about 3,000 Italian troops in Afghanistan.

Mauro reasons that, “We can’t turn our backs on this country, if we don’t want the atrocious dictatorship of the past to return.” The soldiers from “Pavia”will attempt to fend off “the atrocious dictatorship” to which Mauro refers, by using their communication skills and technology.  Major Caragnano hopes, in the end, “with a word you can reach more than with a bullet.” 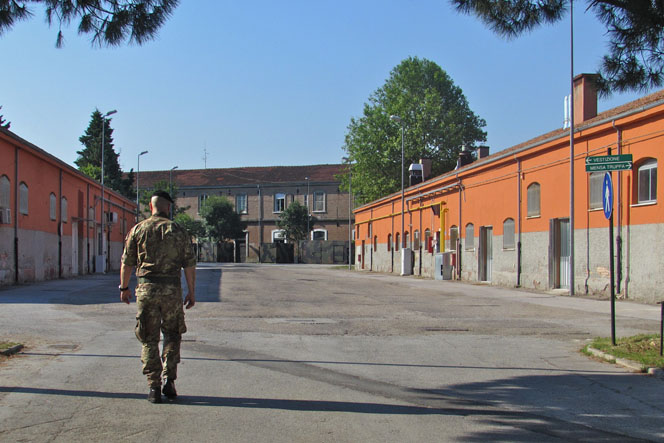 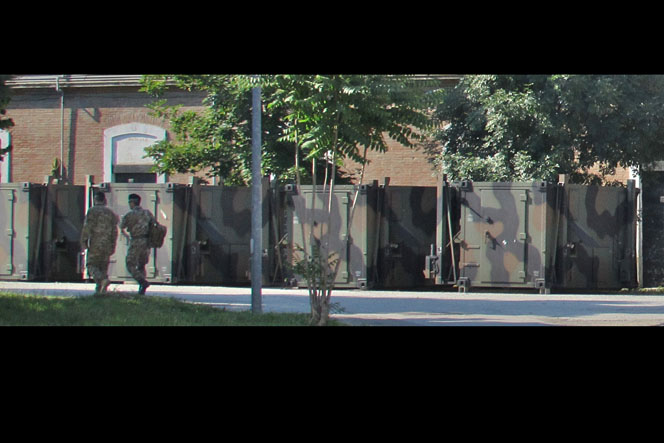 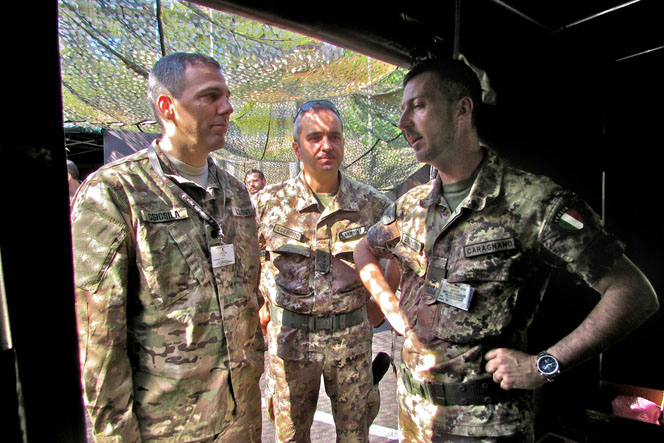 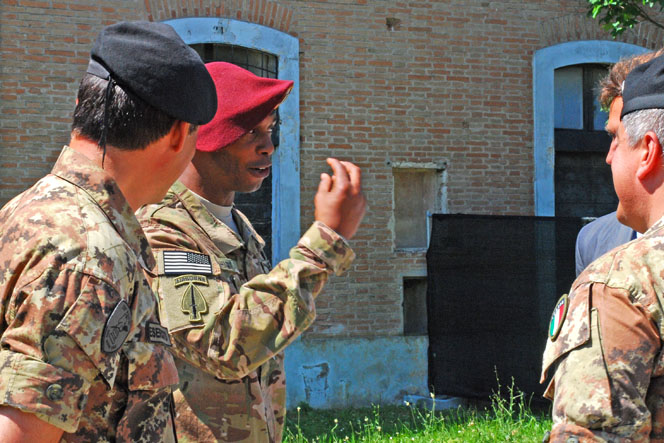 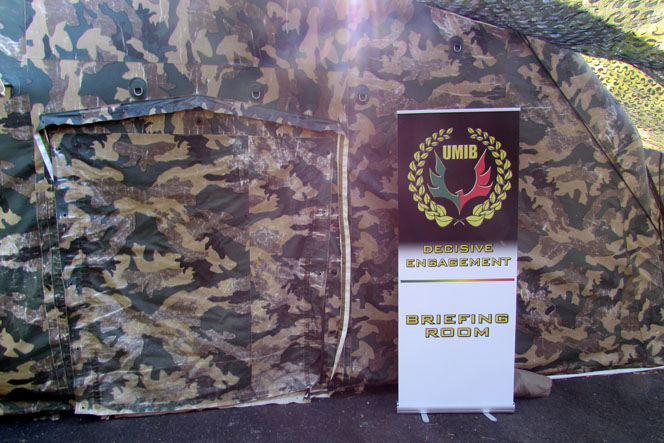 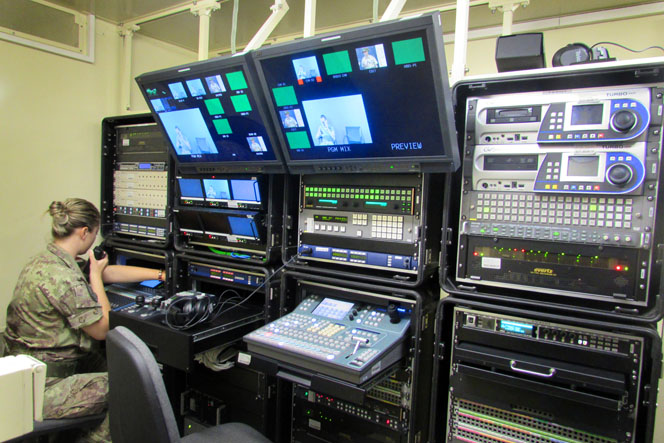 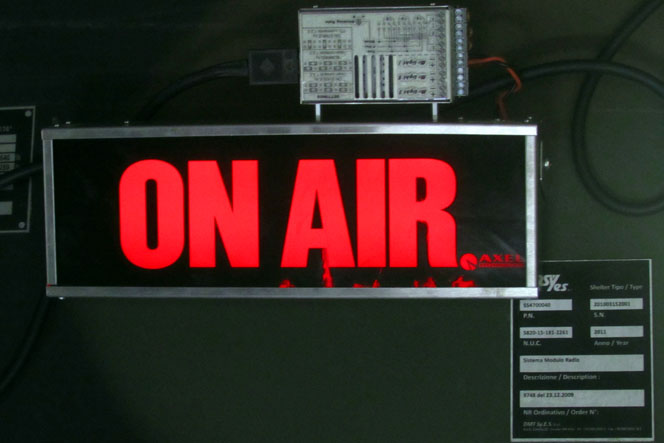 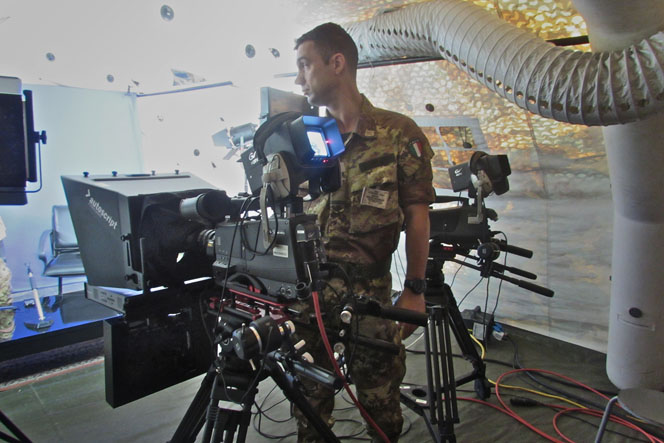 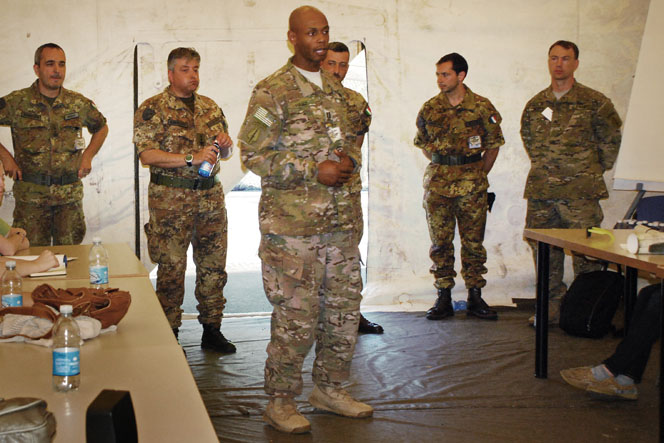 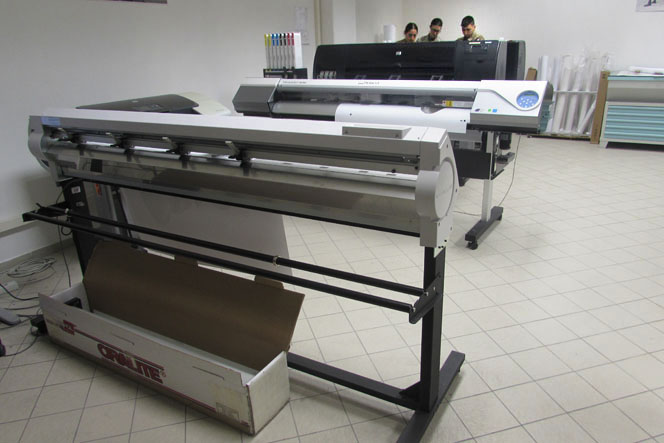 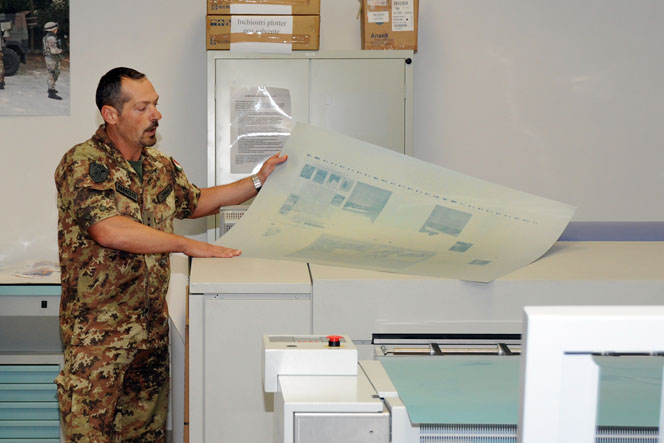 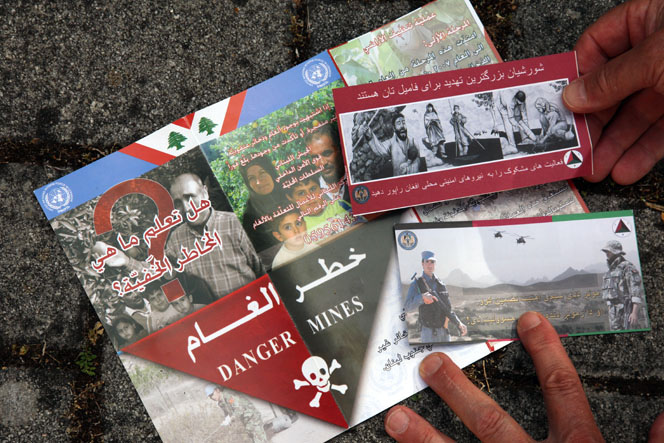