Urbino’s once vibrant Jewish community is now down to a few residents.

URBINO, Italy – As the doors to the unmarked synagogue in Urbino are unlocked and you enter, curiosity heightens, followed by a wave of emptiness. The light, sneaking through the shuttered windows of the sanctuary, breaks the dimness. The deafening silence raises questions as to what once transpired within this sacred house of worship. 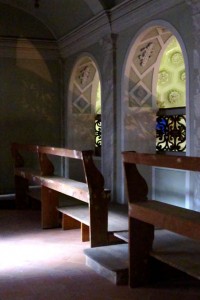 The balcony inside the synagogue where women and girls gather to pray. By Orthodox tradition women and men are separated during services. In the Urbino synagogue the men are below and the women above.

It is a sanctuary of architectural beauty used in a traditional way, but rarely. There is no Rabbi here. No minyan, the Hebrew term for the group of 10 Jewish adult men necessary to conduct an Orthodox religious service. There are only a few known members, including Maria Luisa Moscati and Nadia Ciacci, who live in Urbino now. It is a diminishing Jewish community, and among the smaller cities in Italy, Urbino is not alone.

Maria Luisa’s family dates back to the 1400s in the Renaissance city of Urbino. Maria is the local caretaker of the synagogue and the Jewish cemetery outside the city. Nadia, a friend of Maria, has lived in Urbino for most of her life. Maria Luisa Moscati has written extensively about the history of Jews in Urbino including the books: Jewish Itineraries: Places, History and Art, and Synagogue of Urbino & History of the Ghetto.

During the Renaissance, writes Maria Luisa, and under the reign of the Montefeltro family, Jews lived throughout the community, worked in banking and other professions and shared many of the same rights as their Catholic neighbors: the right, for example, to buy, hold, and sell real estate and to employ Christian servants. By the second half of the 15th century, one-third of Urbino’s population was Jewish.

Beginning in 1508, many of the privileges that had once been granted to the Jews were taken away under the reign of Duke Francesco Maria. They were no longer permitted to acquire real estate or to act in the profession of banking and were compelled to wear the Badge, a mark intended to distinguish Jews from Catholics.  Sacred Jewish texts were confiscated and burned in the town square in 1533.

Discrimination against Jews increased dramatically after 1631 when the Duchy of Urbino was annexed to the Papal States and fell under the control of the Catholic Church. By 1633, and following an edict of Pope Urban VIII, the Jews of Urbino and Jews from eight other communities in the region were forced to leave their homes and move to a hastily created ghetto around Via Stretta—the street in Urbino where the synagogue was established and remains today. 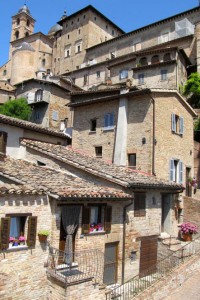 Every time a Jewish family was forced into the ghetto in Via Stretta, a new level was built on existing buildings.

According to the Encyclopedia Judaica, at the outset of the ghetto 64 Jewish families – a total of 369 people – were living in an area enclosed by three portico style gates, stretching from Via Stretta uphill towards the Ducal Palace. Every time a new family was confined to the ghetto, a new level was built on top of the existing buildings to accommodate the forcibly closed community, making the ghetto even more constricted.  The gates of the ghetto were locked at night and Jews were not allowed to own property. They paid rent to their Catholic landlords and taxes to the Church in Rome. With few exceptions, they were banned from professions available to the general population.

The ghetto was very poor during the eighteenth century. Because of the high taxes, high rents, and limited professional opportunities, many Jews chose to leave Urbino while the ghetto was still in existence, preventing the population from growing. Outside the walls of the ghetto there were no economic opportunities for the Jews and therefore, little reason to stay in Urbino.

With the arrival of Napoleon Bonaparte and the French Revolutionary army in 1797, Jews were liberated from the ghetto throughout the kingdoms, not just in Urbino. But that freedom lasted only a few years as the Restoration brought the restoration of the ghetto as well. Thereafter Jews were confined to the ghetto until Urbino was unified along with other territories into the Kingdom of Italy in 1861. Emancipation followed.

But the toll after two centuries of Papal-led discrimination was extensive. By 1901, the Jewish population had dwindled to 92 people. Urbino was not alone. Other Jewish communities in small Italian cities experienced sharp declines. 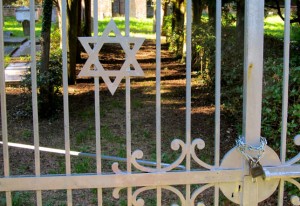 The locked gates to the Jewish cemetery in Urbino.

During the Holocaust, no known Jews from Urbino died at the hands of the Germans. Many Jews survived because they hid or were hidden by people in the surrounding countryside or in the homes of Catholic residents in the city. Following World War II some Jews, according to Maria Luisa, started families and showed their gratitude by naming their children after the Catholics who had saved them from extermination.

There’s a big difference because now the (Jewish) community is very small. In the past it was a lot bigger.

“There’s a big difference because now the [Jewish] community is very small,” says Nadia. “In the past it was a lot bigger.” Today, the Orthodox synagogue in Urbino, restored in the 1970s, is used for occasional religious celebrations such as Bar Mitzvahs, weddings, or memorial services which can occur only with the participation of Jews from other communities. The exterior of the synagogue has no markings to set it apart from a multi-story residence.  The synagogue in the nearby town of Pesaro has closed and been converted into an exhibition room. The fate of the Urbino synagogue and its Jewish population appears uncertain.

Nadia goes to Ancona, a coastal city 35 kilometers from Urbino, for major Jewish holidays and festivals. The Jewish community in Ancona dates back to the tenth century. It is currently home to the most active Jewish community in the region of Marche with about 200 members, including members from surrounding towns with Jewish populations too small to support a synagogue and a Rabbi.

It’s very important to spend the festivities together.

“It’s very important to spend the festivities together,” says Nadia. For example, today the Saturday celebration, [part of the Jewish Sabbath] which is very important to the religion, no longer happens in Urbino because there are not enough people.” According to the Jewish faith, God spoke to men, not women, which explains why there needs to be at least ten adult Jewish men present. “No minyan, no celebration.”

According to Nadia, it is a shame that the Jewish community in Urbino has reached its current state because Jews contributed significantly to the city. In the past, there were large factories managed by Jews. They provided jobs and opportunities for Jews and non-Jews alike. Jews also donated to the city, including funds to build a cemetery for Italians who died in World War I.  A Jewish man purchased a former church and had it converted into a home for the elderly.

There is no discrimination against the Jewish community in Urbino today. However, the numbers are still low. The elderly pass away and the youth leave the city, not because of religious persecution, but because Urbino does not provide enough economic opportunities. Nadia’s daughter, Micol, age 39, lives in Israel, while her son, David, age 36, studies in England. While Maria Luisa Moscati has well documented the life of Jews in Urbino and their synagogue, it is mostly a story of the past. 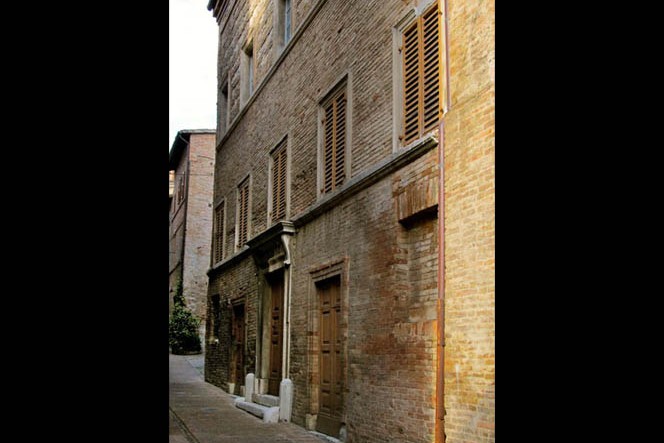 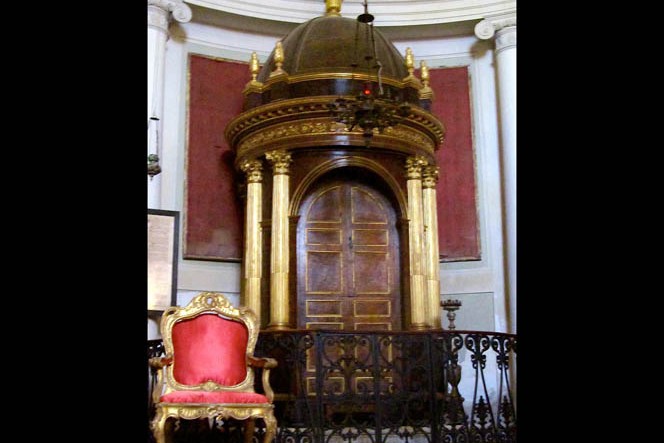 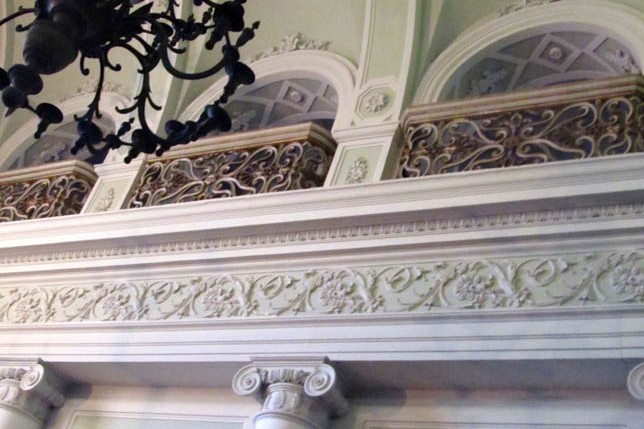 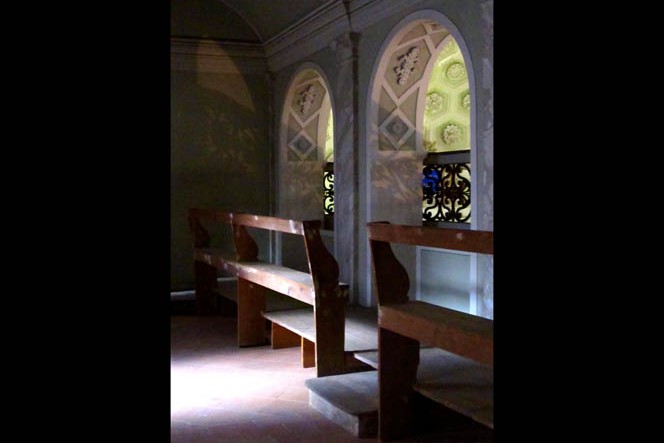 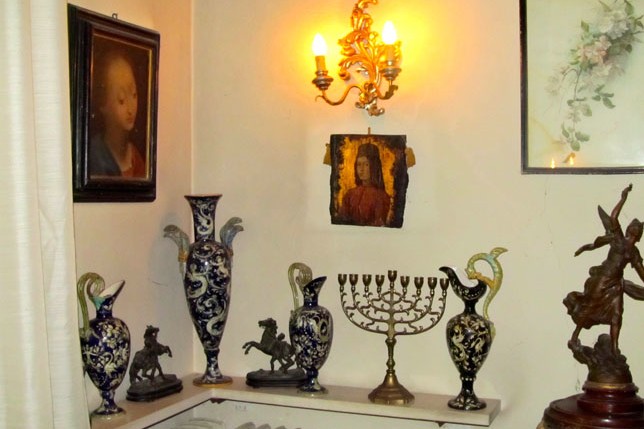 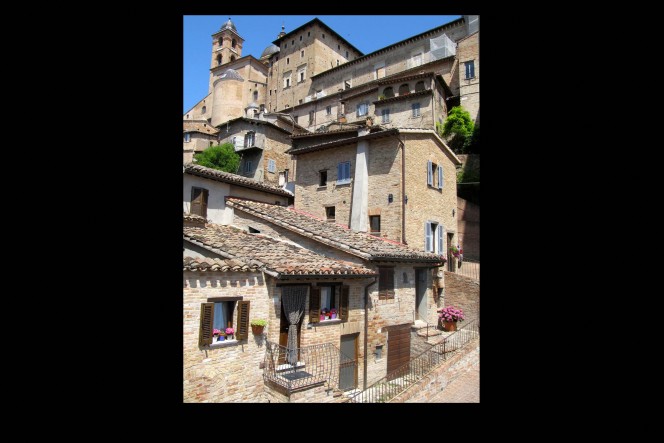 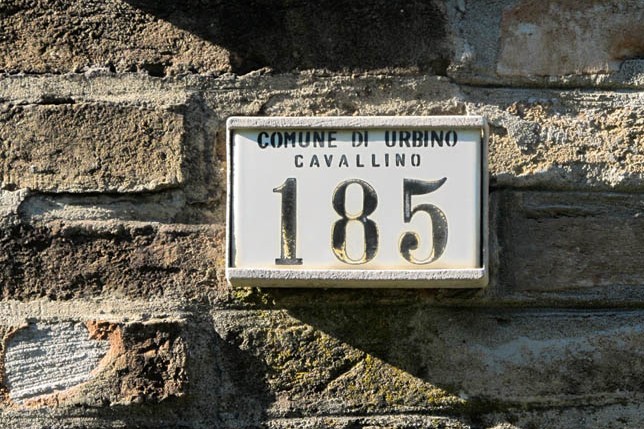 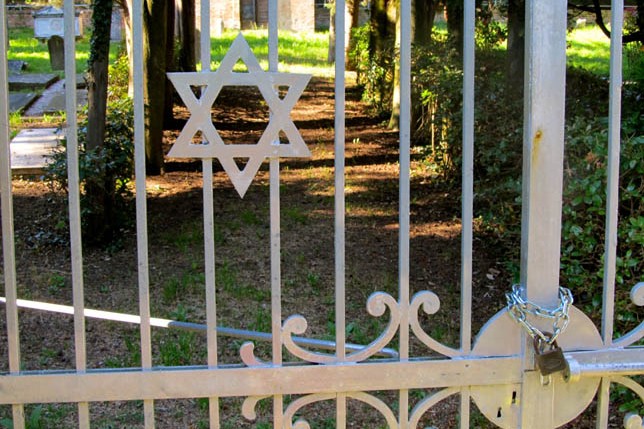 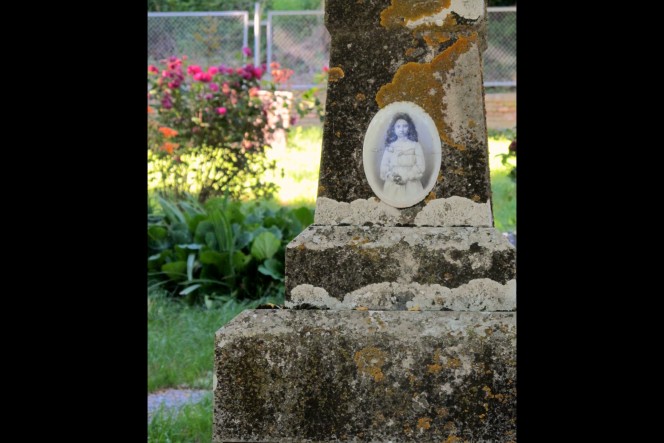 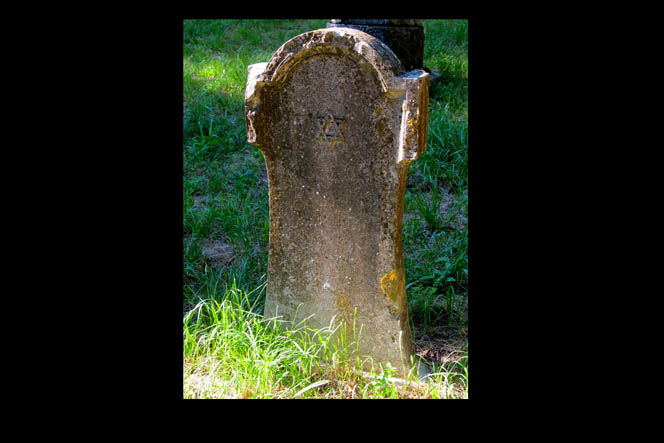 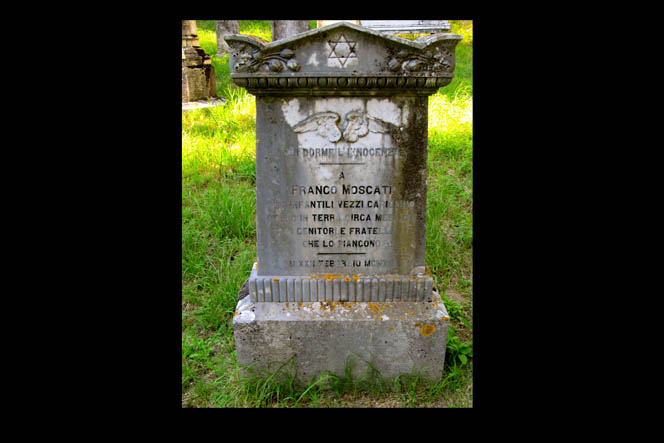