With youth unemployment over 40 percent, Italian students fear the future

Between sips of cappuccino the friends exchange glances and giggle like schoolgirls as two boys stroll past. Life is fun.

But when the conversation turns to their futures after college, the mood changes abruptly. The giggles disappear. A cloud moves over the sunny day.

I am not optimistic about my future at all. Present day Italy is in a complete crisis.

“I am not optimistic about my future at all,” admits Giulia, a pharmacy student. “Present day Italy is in a complete crisis.”

Martina, a foreign language major, agrees. “I try hard to stay optimistic, but it’s difficult since our generation has it so much harder,” she says.

This is the reality of life for Italy’s younger generation. Just below a sunny, carefree surface lies a current of deep anxiety and fear caused by the economic crisis that has gripped Italy and much of Europe for almost 10 years. 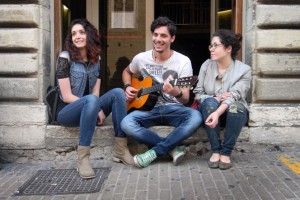 Students Giulia Ivanges and Martina Russano enjoy some free time between classes, listening along as a friend strums the guitar. The two will face a high Italian unemployment rate when they graduate.

As of April 2014, Italy’s unemployment rate was 12.60 percent, it’s highest level since record keeping began in 1977. More than half a million industrial jobs have been lost since 2007, and more than eight million Italians already live below the poverty line, including many who have been employed for years. The nation is now 2 trillion euros in debt.

No Italian group has suffered more than the young.

Youth unemployment is a staggering 43.30 percent.  By comparison America’s youth unemployment rate, a major concern in Washington, was 16.1 percent in April 2014 for those between the ages of 16 and 24, according to the Bureau of Labor Statistics

Getting a job in Italy let alone Urbino has proven  difficult  even for the college educated. Many recent university graduates are living at home remaining financially dependent on their parents well into there twenties.

Alice Bocconelli, 28, knows that story line all too well.  After 10 years at Urbino University she has two diplomas including a degree in economics, but has no job to show for it. Living at home and jobless as she nears 30 was far from the life she spent her childhood dreaming of. 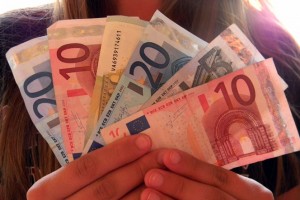 Many students like Giulia are financially dependent on their parents, well into there twenties. Without receiving any help from the government, Giulia’s parents are responsible for covering the costs of her college education.

“I hoped to have a career and family by now, I’m not getting any younger, but the crisis started 4 years ago and it’s difficult to see a future here because of it,” sighs Alice.  “I see myself going backwards.”

College students like Giulia and Martina live in fear of sharing that journey, so they dream of lives in different countries where job prospects are brighter, especially in the U.S.

“We all have an American dream,” finishes Martina.

That dream can be  seen on the many t-shirts showing the Stars and Stripes, or handbags bags displaying the New York skyline. Urbino shops are filled with clothing and accessories representing American culture.

What was the blame for Italy’s crisis and how to fix it is a matter of debate among Italians. But few students here disagree about what their immediate future holds

“Italy’s situation is the worst in the world,” said Giulia.  “And nothing scares me more.” 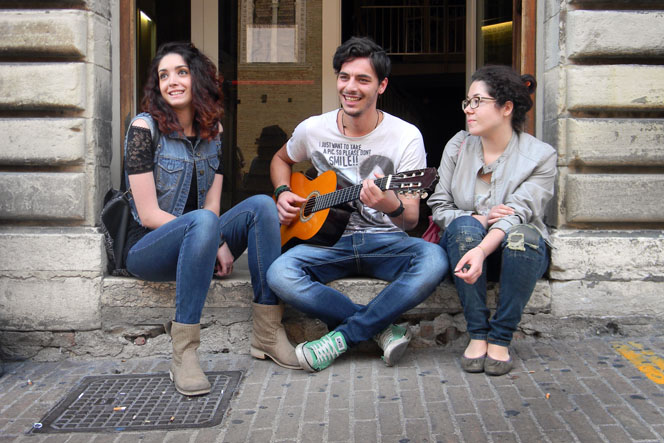 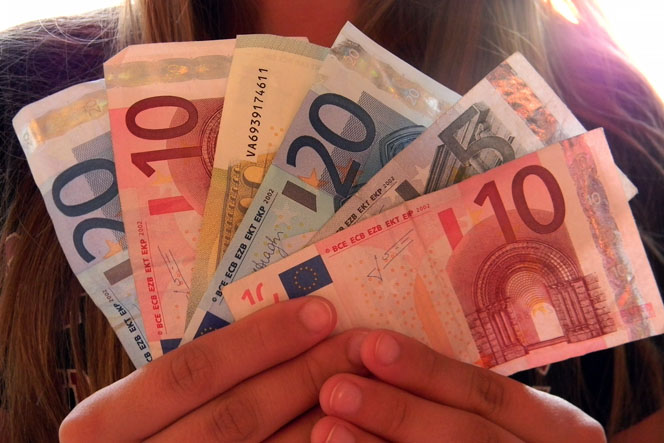 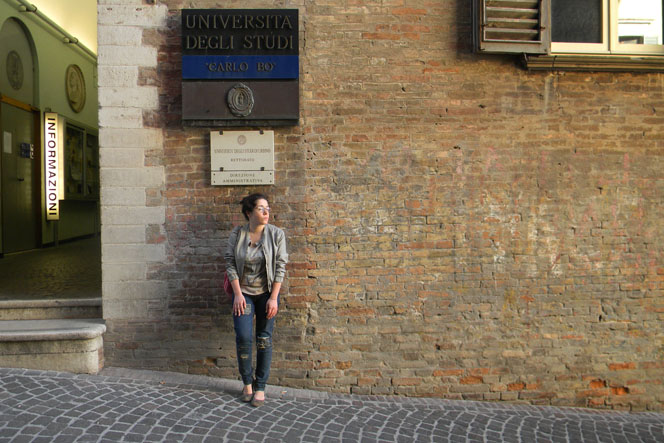 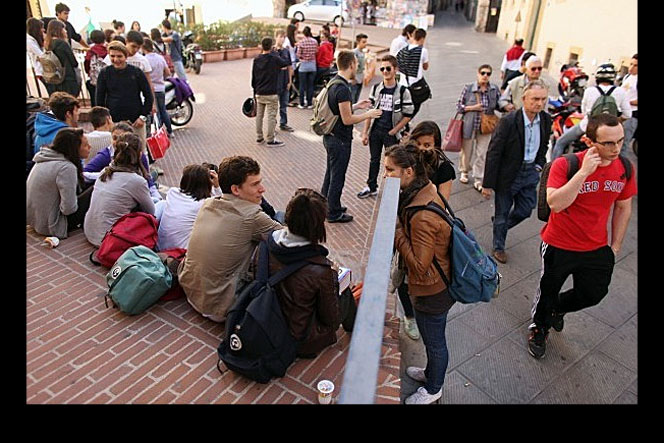 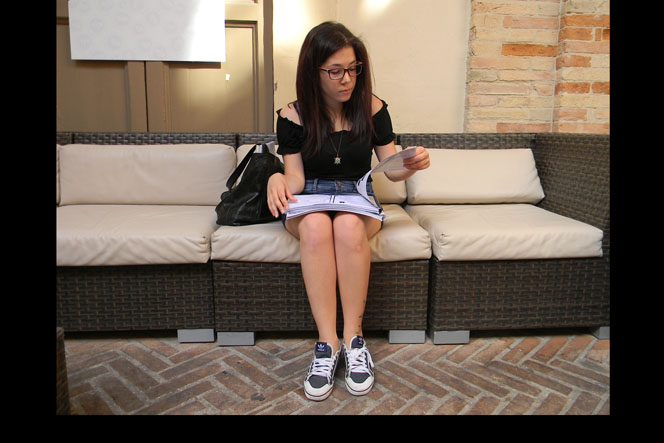 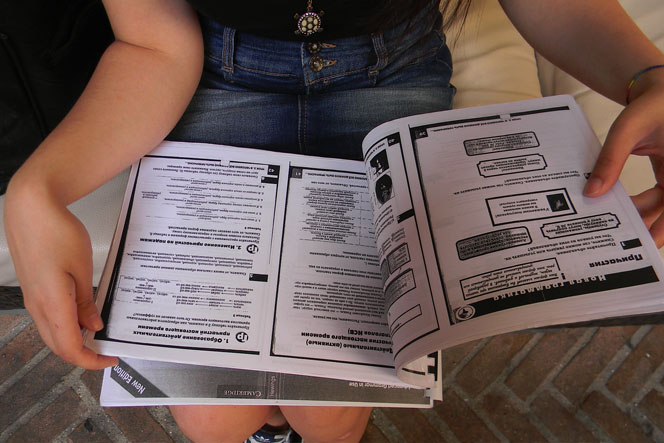 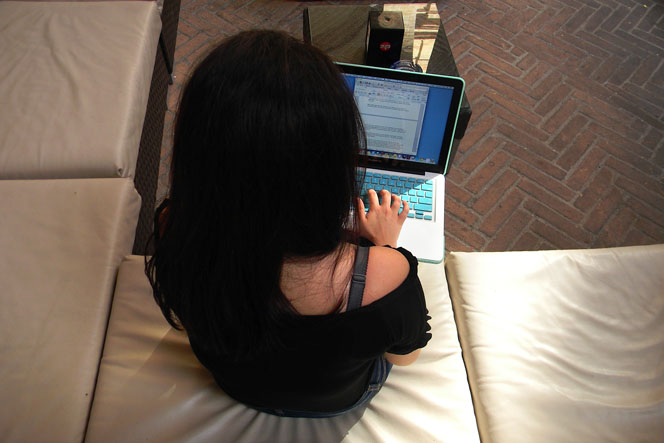 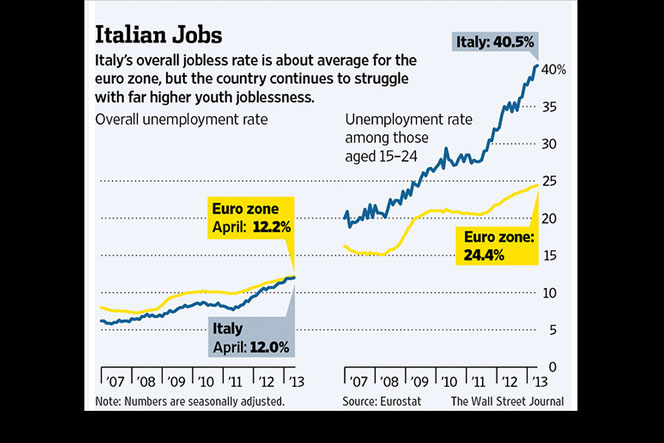 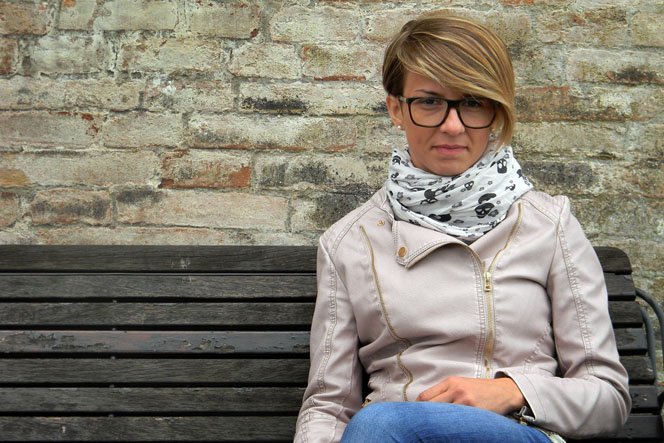