Getting Flagged for Cleanliness

Pesaro and 17 other Marche beaches earn the coveted Blue Flag

PESARO, Italy – Clear blue water washes up on smooth stone pebbles and rows of umbrellas sprout from spotlessly maintained sand. There isn’t a half-eaten gelato cone or empty food wrapper for the seagulls to pick through, and the breeze coming from the city carries only the scent of linden tree blossoms. 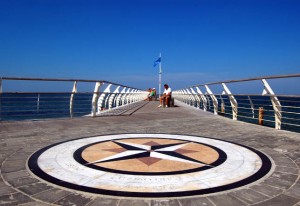 The Blue Flag waiving symbolizing that Pesaro beaches are some of the cleanest and environmentally sustainable in Italy.

It’s all post-card perfect – and the blue flags waving over the beach tells visitors this beauty isn’t skin deep. It assures them they are swimming in an environment that has been certified among the cleanest anywhere.

That’s because those blue flags are awarded by the  Foundation for Environmental Education (FEE) only to communities that meet standards of cleanliness through an overall commitment to environmental sustainability.

According to the FEE, a Blue Flag is awarded to beaches and marinas that meet 33criteria regarding environmental sustainability and land management.

The criteria are divided into four sections: environmental education and information, quality of water, environmental management and safety and services. 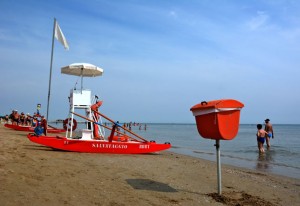 Recycling and garbage bins are required to be frequent on Blue Flag beaches so that visitors can throw their trash away easily.

For example, qualifying beaches must have a requisite number of lifeguards and lifesaving equipment, adequate waste disposal bins that are regularly maintained and information relating to local eco-systems. In addition, environmental data showing that the beach and water complies with Blue Flag standards must be prominently displayed at all times.

Blue Flag communities must reapply for the award every December. This annual process ensures that beaches are maintaining the FEEs requirements at all times.

The drive to earn the flags has been mounting worldwide. Beginning with just 452 beaches in 1987, this year the FEE awarded some 4000  flags,  mainly in Europe but also in South Africa, Morocco, Tunisia, New Zealand, Brazil, Canada and the Caribbean.

No U.S. community participates in the Blue Flag project, but the Environmental Protection Agency (EPA) administers an act passed in 2000 called the Beaches Environmental Assessment and Coastal Health Act – BEACH.

Instead of flags, it offers money to help communities keep clean beaches. In 2014 the EPA expects to award $9.5 million in grants to 7,089 eligible communities. The current list of BEACH Act beaches reported can be found on the EPA website. 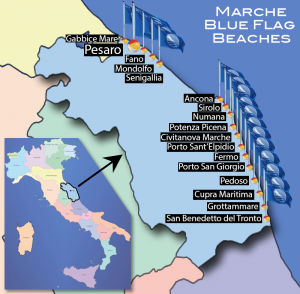 The 17 Blue Flag Beaches of the Marche Region. (CLICK TO ENLARGE)

Pesaro has earned a Blue Flag the last nine years, and in 2014 was joined by 17 other beach communities in its region of Le Marche.

“I am proud to be a part of the project because it’s not a normal questionnaire, you have to write a lot of details,” said Leggio, speaking through an interpreter. “A lot of questionnaires are about only environmental data. In this case you can improve the questionnaire [with details].” 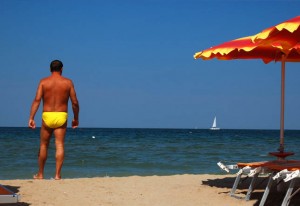 A man prepares for a swim in the Adriatic Sea.

For example, for the past few years Pesaro has been working to complete a project known as Bicipolitana, a program that encourages bicycle riding to lessen traffic and decrease air pollution.

Bicipolitana creates routes open only to cyclists. The routes are labeled and color-coded making it simple and safe to travel around the city on two wheels. The program also offers a bicycle sharing system encouraging those who do not own bicycles to still participate in the program.

Leggio said the City Council hopes that in setting a precedent of environmental sustainability and success it will encourage more Italian cities to participate in the Blue Flag project.

The money that Pesaro spends to earn the Blue Flag is brought back into the city through tourism, she said.

“The main reason the city is a part of the [Blue Flag] project is for touristic purposes,” Leggio said. “Tourists ask for the Blue Flag beaches.”

Even the tourists can see that the Blue Flag signifies that the beauty here isn’t skin deep. 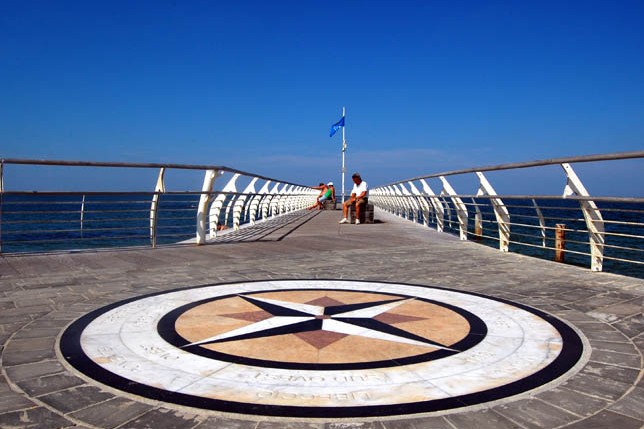 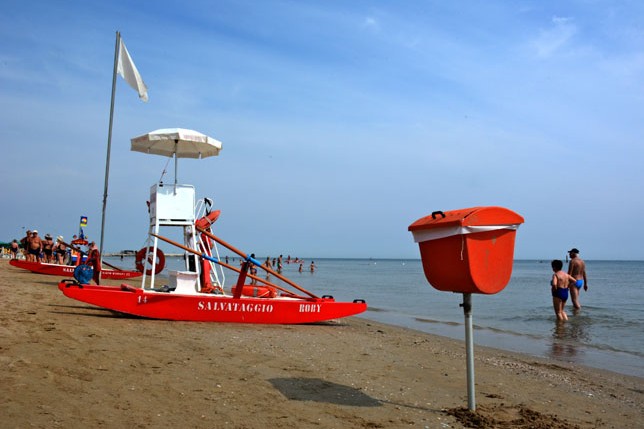 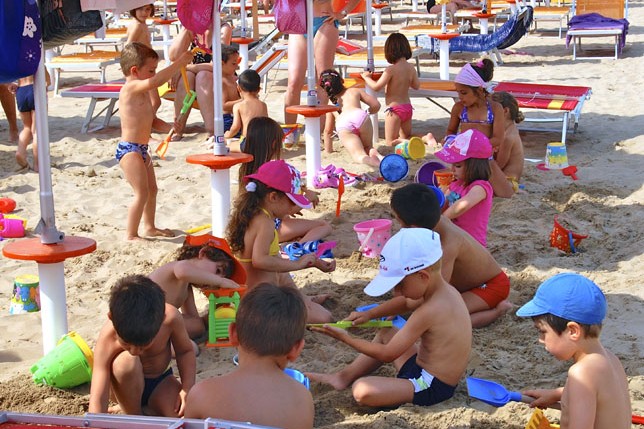 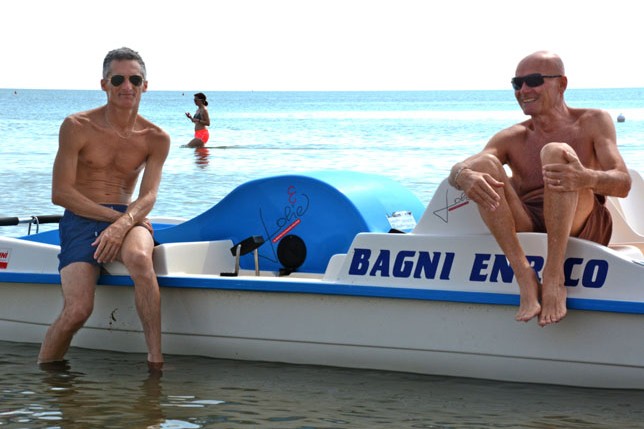 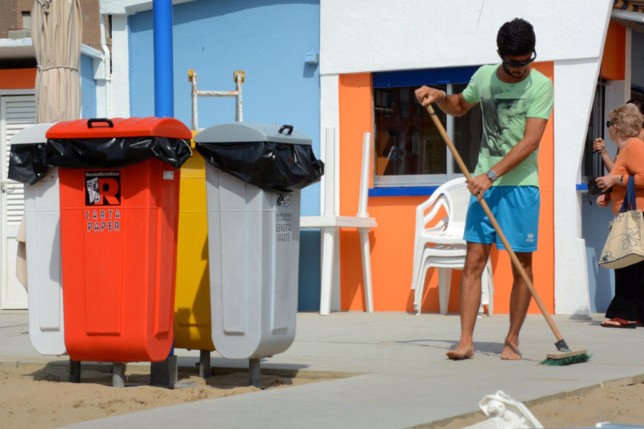 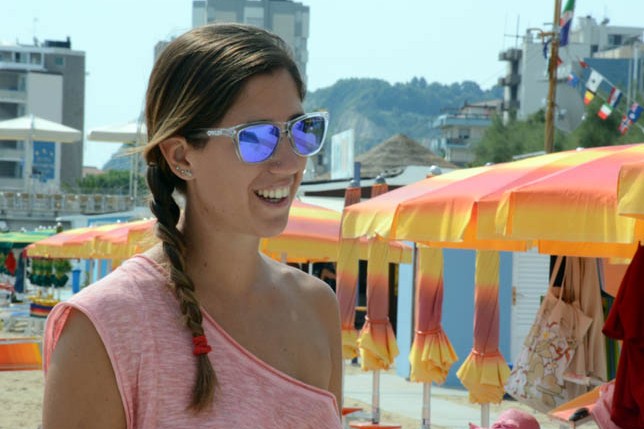 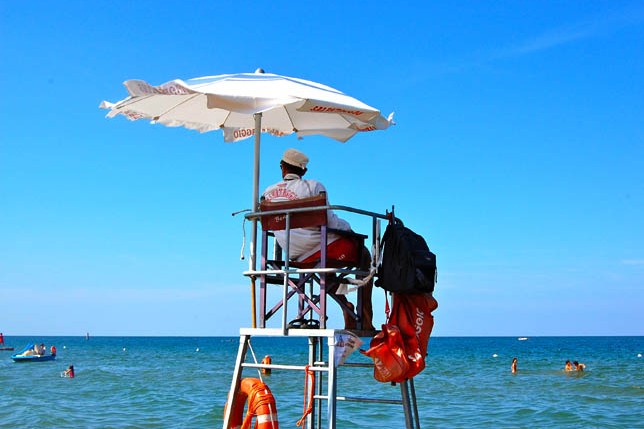 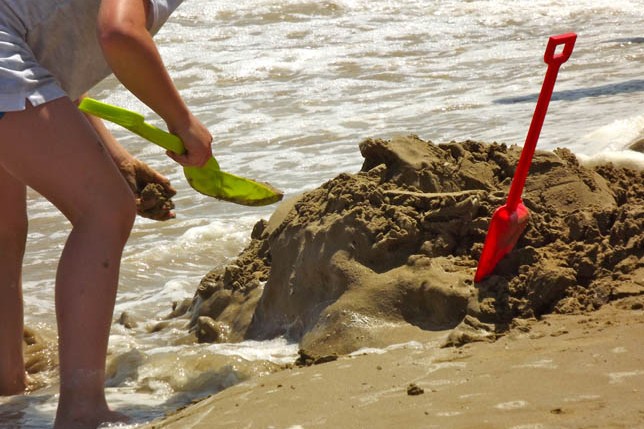 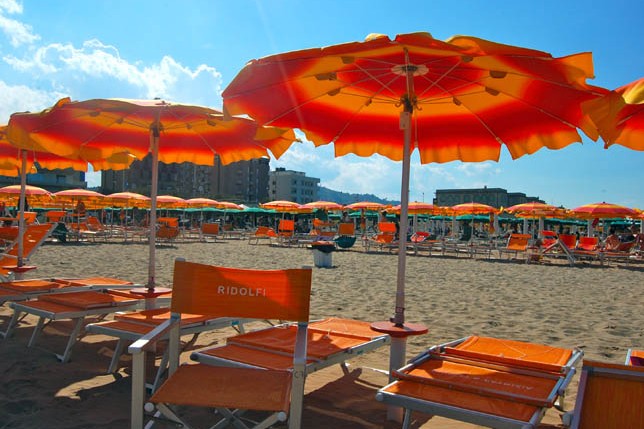 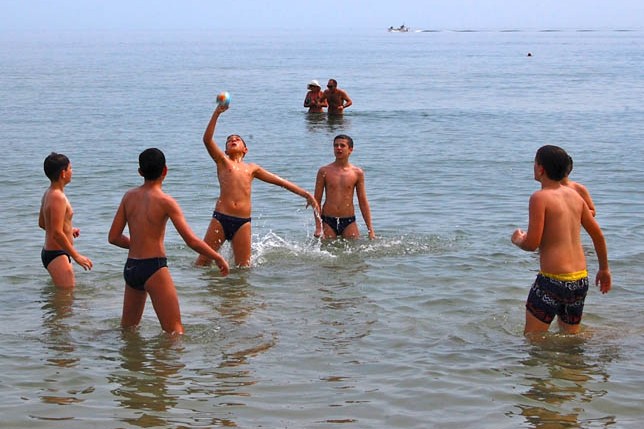 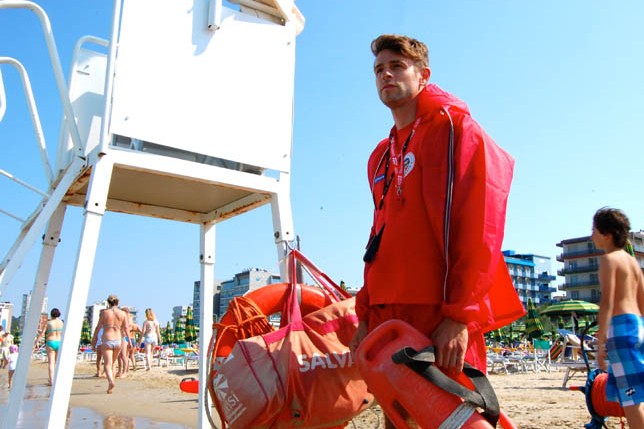 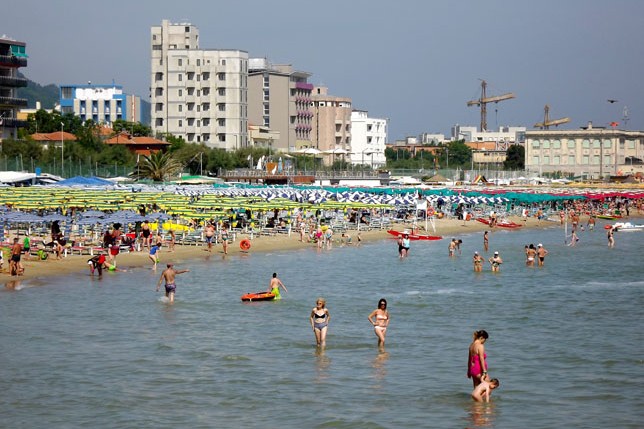 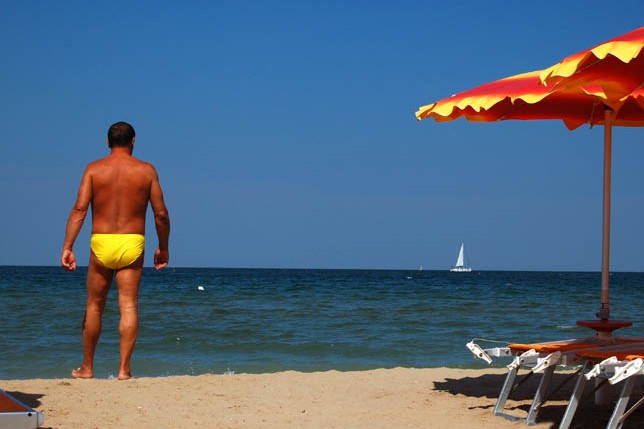