URBINO, Italy – Like every June 1 in this picturesque Renaissance town, the 2014 edition found a crowd gathered with mounting anticipation in the piazza before the Duomo, a pearly white cathedral nestled in its historic center. When the towering iron doors of the church were finally pushed open six men exited carrying a colorful life-size statue of a roman soldier.

It was Saint Crescentino, the Patron Saint of Urbino. Within minutes he was surrounded by a military band, boy scouts, local and regional politicians, a phalanx of church officials and hundreds of ordinary citizens. It was the start of a procession that would escort the statue through the ancient streets before ending with a large feast.

Watching the from the Duomo steps, Archbishop Giovanni Tani explained the importance of this event for his city.

The patron is a sign of protection from the sky. This celebration is attended by more people than any other even in Urbino all year.

“The patron is a sign of protection from the sky,” he said. “This celebration is attended by more people than any other even in Urbino all year.”

The Urbino event is not unique in this Catholic country where patron Saints are part of the culture. But the size of the observances and the level of their participation depend on the region and the size of the city. Luigi Bravi, a professor of Ancient Theatre and Classics at the University of Cheiti, explained that while big cities may have big celebrations, the more modest observances in small towns often have wider participation. 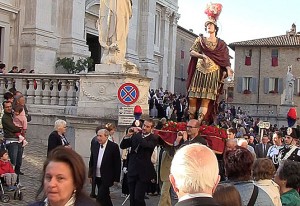 The procession honoring the Patron Saint starts immediately as the Mass ends and proceeds through the town of Urbino.

According to Bishop Davide Tonti, a patron saint’s role is to provide protection to the church and the town and to serve as a role model for the locals. The fact that the Saints were typically poor and still were able to do something courageous – such as choose death rather than renounce their faith – makes it easier for locals to relate to the Saint and become devoted to them, he said.

But, Bravi said, many people who participate in these celebrations are not there for religious reasons.

“Sometimes people care more for the patron than for the real God,” he said. “There are some people that do not believe in God, but they participate in the processions for the Saint because of the fact that patrons are entirely involved in the city.”

The crowd attending the procession in Urbino proved Bravi’s point.

Ernesto Delprete, a retired physician, attends the parade even though he is agnostic. “He (Saint Crescentino) has a big meaning for all the people who live in Urbino and especially for all of the Catholics and even for those who don’t really have a strong faith like me,” said Delprete

The legend of Saint Crescentino’s life is well known among Urbino residents.  According to the church, he was a Roman soldier and a Christian who lived around 300 A.D.  During this time Emperor Diocletian saw the new faith as a threat to the empire and began executing Christians who refused to renounce their beliefs. 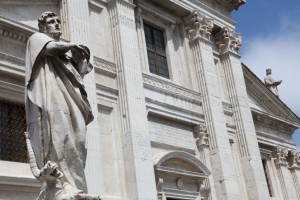 A life-size statue of the Patron Saint of Urbino, Saint Crescentino, is mounted at the foot of the stairs of the Duomo, the main church in Urbino.

Crescentino fled to a town near Urbino called Citti di Castello.  While there Crescentino began evangelizing the locals and soldiers, leading to his arrest by the Roman army he had fought for. When questioned about his beliefs, he felt lying would be to live without dignity, Tonti said. According to the legend, the Romans beheaded Crescentino, but only after they failed to kill him with fire.

“For martyrs (like Saint Crescentino) love is the message,” Tonti said. “You can destroy their body, but you can’t destroy their heart and soul.”

Crescentino is now often depicted with a dragon at his feet.  This is a representation of how he overcame evil and the devil, said Tanti.

How Crescentino became the patron saint of Urbino involves a measure of intrigue.  According to Bravi, until 1068 the city’s patron was Saint Sergio, but when Bishop Mainardo decided to open a new Duomo, he needed a new patron.  So Mainardo made a secret deal with Bishop Falcone of Citti di Castello that Urbino could take the bones of Saint Crescentino.

For martyrs (like Saint Crescentino) love is the message. You can destroy their body, but you can’t destroy their heart and soul.

But the exact history of Crescentino’s life and death and his arrival in Urbino seems less important than the tradition of having a patron saint and a celebration. 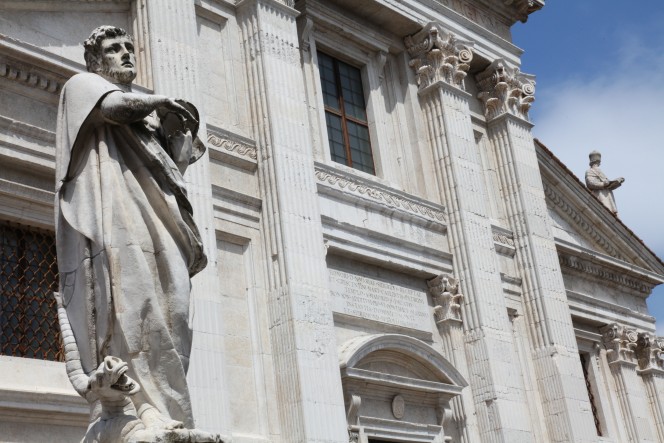 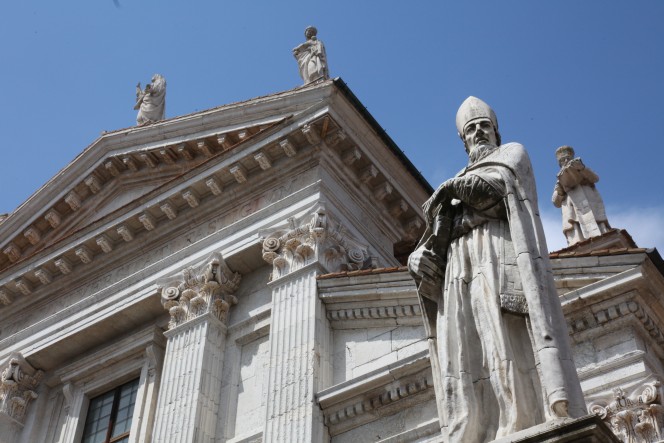 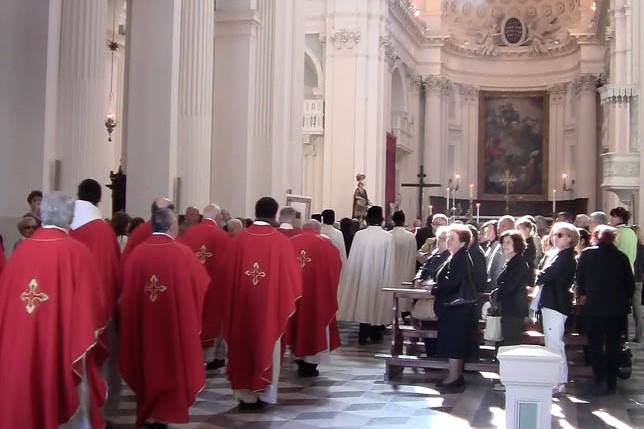 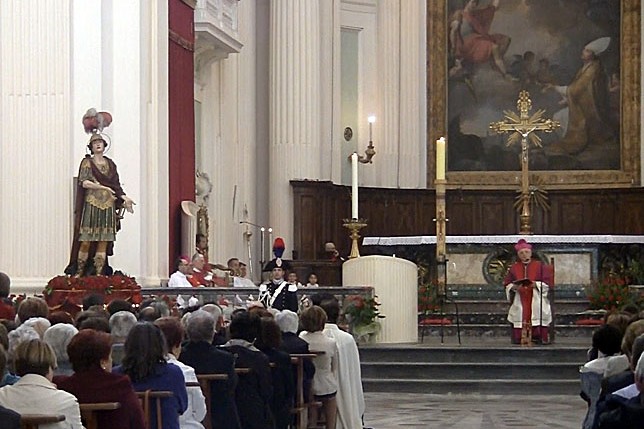 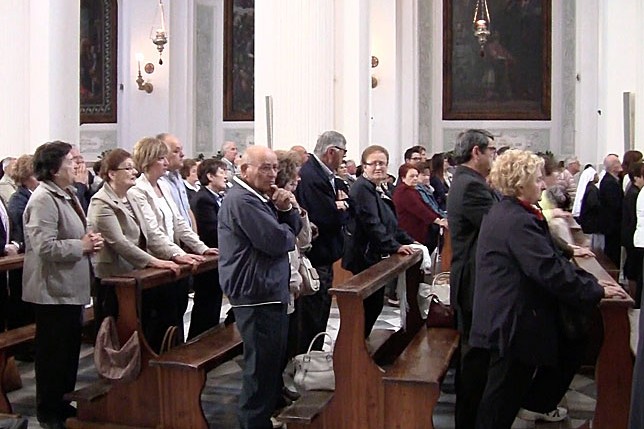 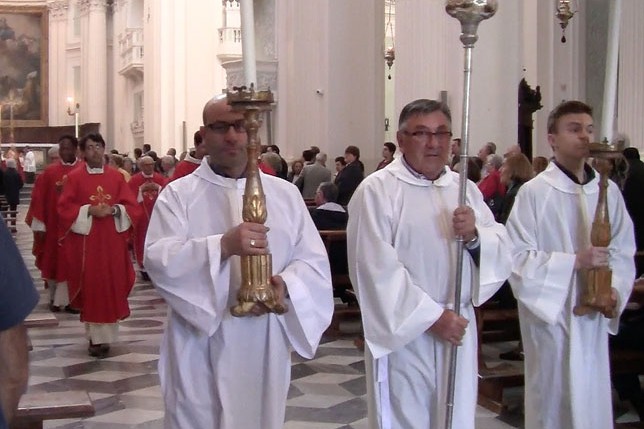 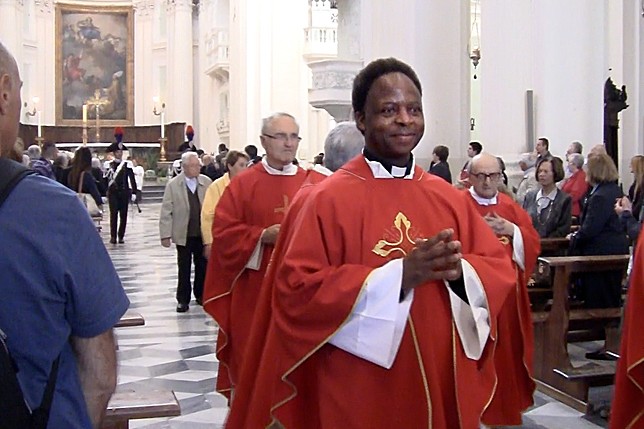 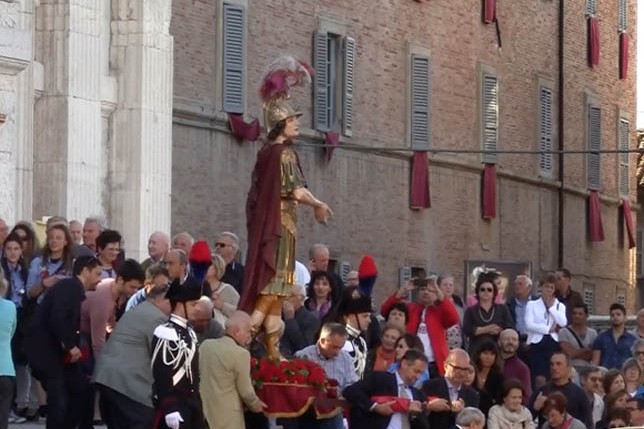 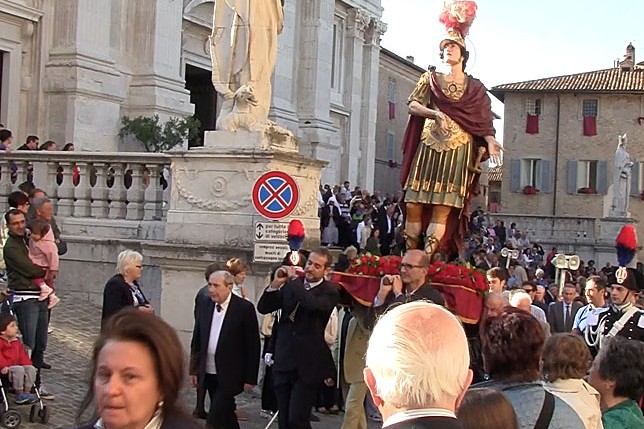 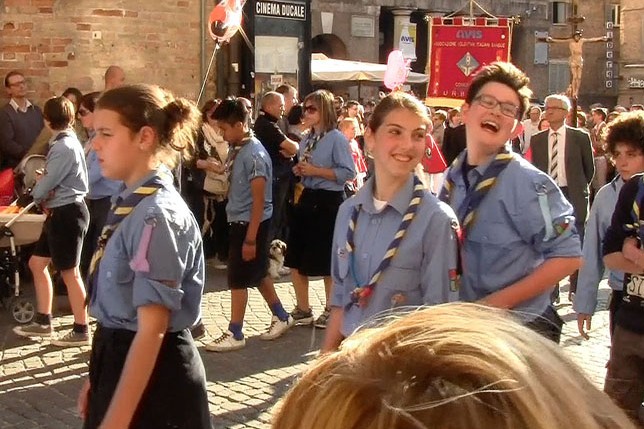 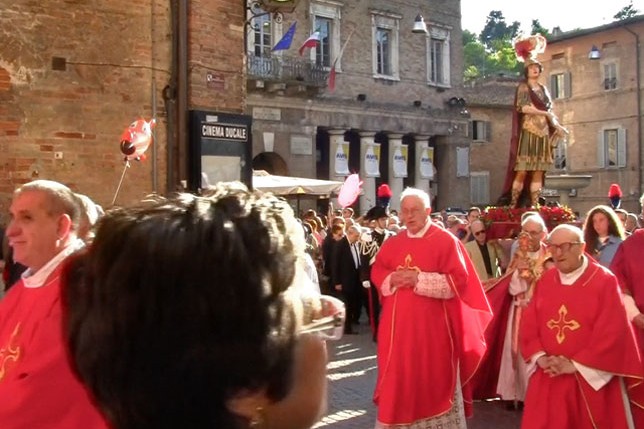 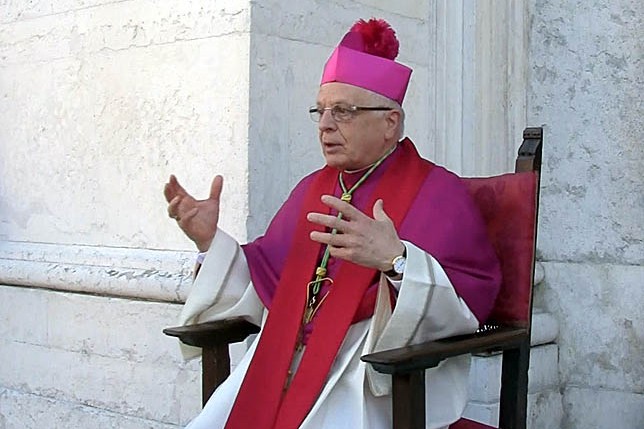 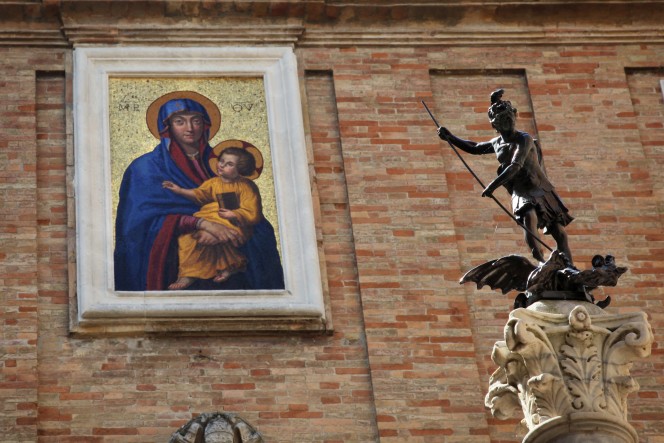